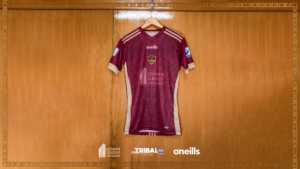 Honouring our historic status as the ‘City of Tribes’and heralding our club motto, ‘It’s a Tribal Thing’ the brand new Home Kit feature-rich Celtic-inspired Tribal Iconography celebrating Galway and the diversity of its people. “Diving into the 2022 season… our vision for the new kit was clear, let’s create a kit that represents Galway” cites Morgan O’Brien – Lead Designer with Galway United. 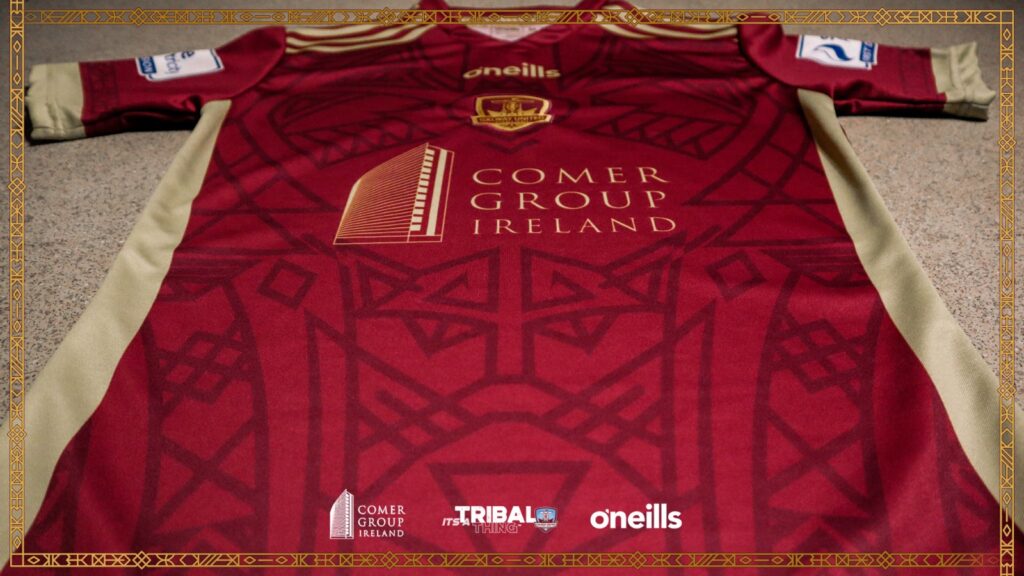 “We are witnessing an evolution on and off the field. The club’s reach has grown significantly over the past number of seasons, despite the effects of the pandemic. We’ve attracted some very exciting players domestically as well as internationally and the Maroon Army’s numbers are stronger than ever. Friday nights in Eamonn Deacy Park are something special.” “Galway is a ‘City of Tribes’” he adds “and it takes a tribe to build a league of Ireland team the entire county can be proud of. Every detail on this year’s kit, every stitch, pays tribute to our players, our fans and our academy. This is our city….our heritage.”

In terms of the design, this is not the first time a Galway team have adorned gold in their kits. The very first Galway teams represented their county in blue and gold. The colour gold is also historically significant appearing in both the Galway City and County Coat of Arms. Our custom design features at its centre the Claddagh Ring, a tribute to the club’s origins in the Claddagh as Galway Rovers FC. Over 400 years old The Claddagh Ring symbolises Friendship, Loyalty and Love. Pillars of Galway United Football Club and The Galway United Friends Coop.

Flanking the Claddagh Ring is a fleet of stylised Galway Hookers. A subtle nod to our cities most recognisable of symbols. This is not the first occasion Galway hookers have featured on a Galway United Kit, last appearing in our bespoke 2017 kits as well. A pair of Harps adorn the shoulders and across the stomach features a motif of the ‘Green Man’ holding a traditional shamrock. The Green Man is a legendary Celtic entity, interpreted as a symbol of rebirth and new growth. A tribute to our club Youth Academy who’s U14 team brought home silverware during last season campaign. 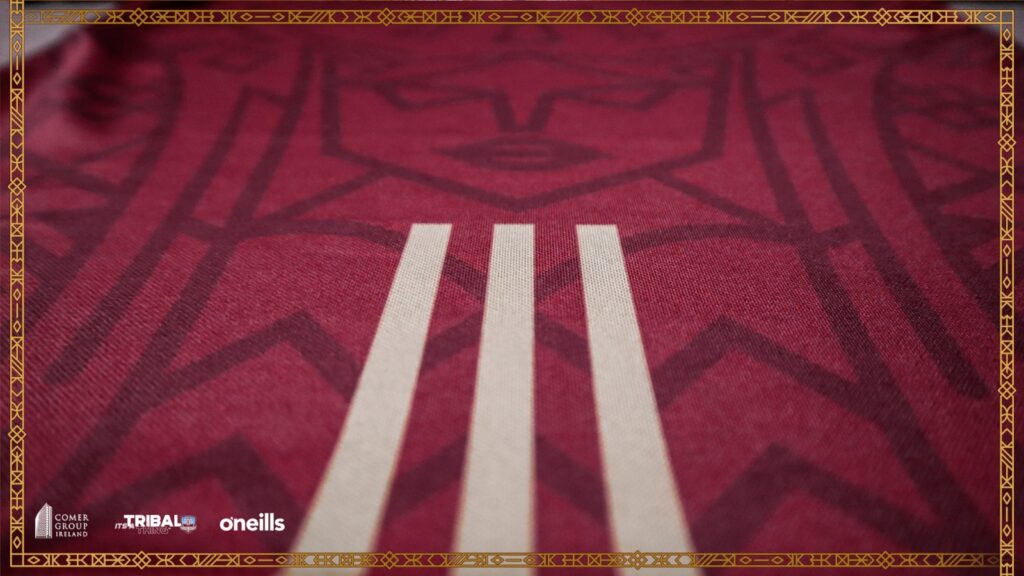 The stylised image of Princess Galvia, mythical princess and daughter of the mythical King Breasal, from which the city allegedly derives its name, is featured on the back of the kit. A-blazoned across the back of each player’s shirts will be a League first, Rainbow Trimmed Player numbers. A statement of the clubs continued support for LGBTQ+ rights and a symbol of our core message. All Tribes Welcome. Another subtle detail on the back of the shirt is the Galway United Friends COOP crest which sits proudly below the neck. A ‘Thank You’ to the volunteers and COOP members who have worked tirelessly to support the club in recent years. Lastly, woven throughout the jersey’s design is a modern Celtic band motif, featuring symbols from all 14 Galway Tribes, to which our city derives its nickname.

The jersey is available to pre-order online now through our online shop and will be launching to the general public at the beginning of March.