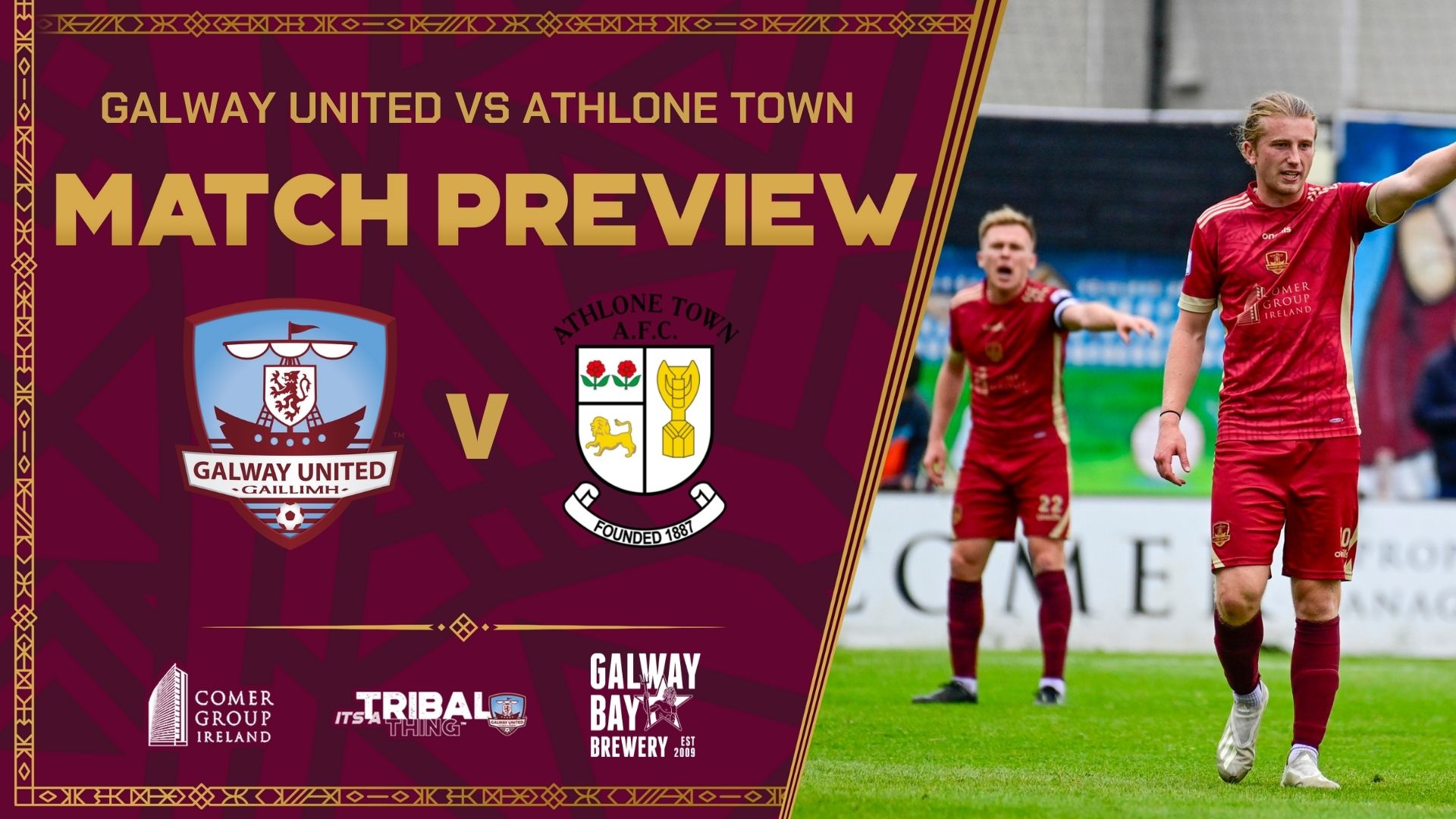 ‘We are looking forward to a big crowd coming to Eamonn Deacy Park on Friday’ – John Caulfield, Manager

The Tribesmen go into this week’s fixture against Athlone Town in superb form following two 4-0 away victories in a row. Tickets for this week’s match can be bought HERE

United made it six wins on the bounce in the First Division after defeating Wexford FC 4-0 at Ferrycarrig Park last Friday. Stephen Walsh added two more goals to his ever-growing goal tally while Killian Brouder and David Hurley scored either side of Walsh’s double to give the Tribesmen an impressive victory. Read the report from last week’s game HERE

John Caulfield’s side are level on points with Cork City at the top of the table going into Friday’s fixture against Athlone, a contest that the United manager is not taking lightly.

“We are playing our first Friday night game in over a month so we are looking forward to a big crowd coming to Eamonn Deacy Park on Friday,” Caulfield told the club’s media team.

“We are playing a rejuvenated Athlone team under Dermot Lennon. They were narrowly beaten by Waterford, Longford and Cork in their last couple of matches.

“Every week brings a tough game, we need to keep up our form and play to the level that we know we can.”