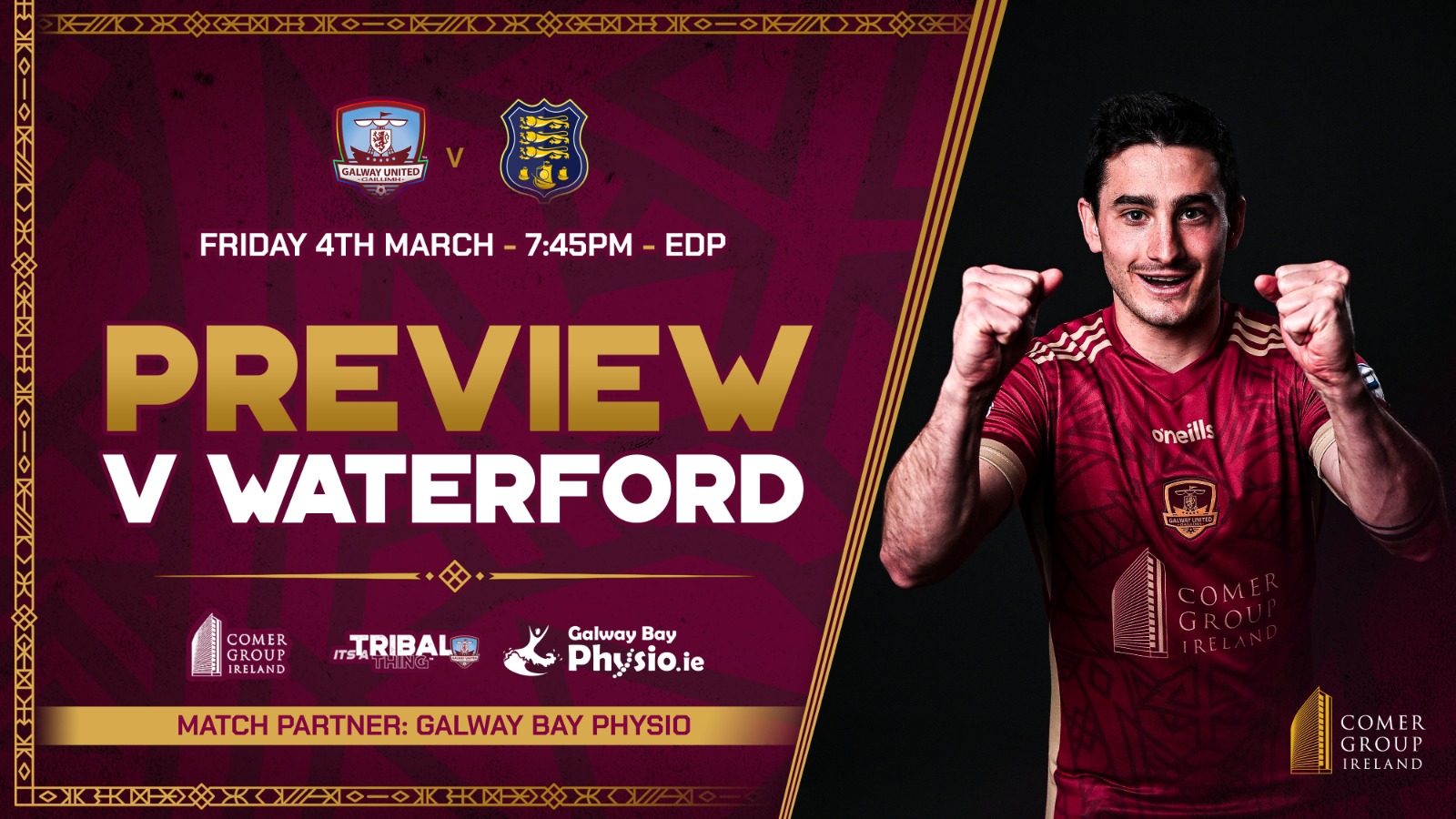 “It is our first home game of the season so hopefully we will have a massive crowd and a fantastic atmosphere” – John Caulfield, Manager

Galway United host Waterford FC at Eamonn Deacy Park this Friday in their first home game of the 2022 season – kick-off is at 7.45pm.

United go into the second match of their First Division campaign in high spirits after defeating Cork City 1-0 at Turner’s Cross last Friday. Debutant Edward McCarthy scored the only goal of the game in the first half to give the Tribesmen a hard-fought victory down south. Tickets for this week’s game against Waterford can be purchased HERE.

This week’s opposition, Waterford FC, remain unbeaten under the stewardship of Ian Morris after their opening two games. The Blues, who were relegated from the Premier Division last year, travel to Corribside in full confidence having defeated Athlone Town and Bray Wanderers in their opening fixtures – which leaves them top of the table in the early stages of the season.

United manager John Caulfield is looking for his side to build on last week’s victory.

“We are playing the table-toppers on Friday, they have won their first two games so we know how good they are,” Caulfield told the club’s media team.

“We had a tremendous win in Cork last week. It is our first home game of the season so hopefully we will have a massive crowd and a fantastic atmosphere. When Terryland is buzzing it gives positive energy to the players.

“It is the start of the season and we know it is a marathon. We will have to play as well as we did in Cork, if not better, to get a result on Friday.”

Wilson Waweru will miss this week’s fixture due to suspension.