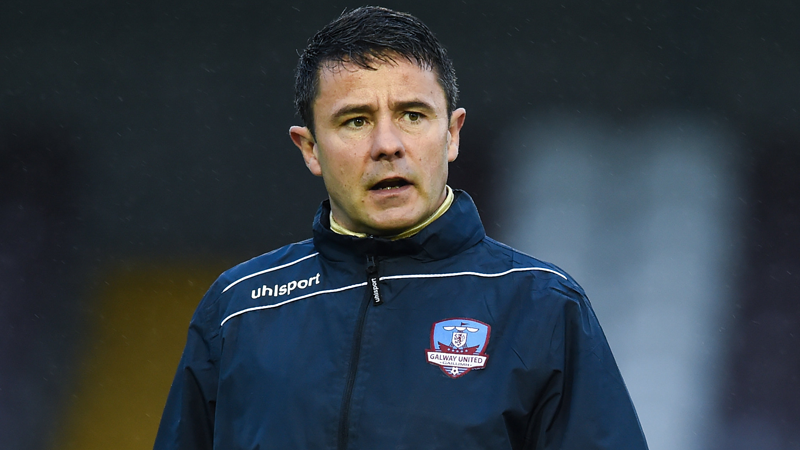 Galway United crashed to a disappointing 5-0 loss at the hands of title chasing Cork City at Eamonn Deacy Park on Saturday night.

United had won their previous two home games against Bohemians and Finn Harps but they came undone against John Caulfield’s side.

Coach Gary O’Connor felt United’s slow start to the game set the tone for a frustrating evening for the Tribesmen.

“We were chasing the game,” he explained to www.galwayunitedfc.ie.

“We prepared all week that we would meet them head on and get after them. Our plan was to start like a house on fire but Cork blew us away, they were a different class.

“It’s been a hard couple of weeks, the players have been up and down. It’s sort of Jekyll and Hyde, even last week against Finn Harps we were good in the first half and then poor in the second half.

“That’s the way it’s been all season and it’s probably cost us and that’s why we’re probably as low down the table as we are. There’s no consistency and that’s what you’re looking for.”

Cork City’s striker in form Sean Maguire grabbed a brace and O’Connor felt it was always going to be an uphill battle after the Rebel Army raced into a 3-0 lead after just 19 minutes.

“The start that Cork had tonight nailed us early on and we were chasing their tail after that.

“It’s a tough night for everyone, players, supporters and staff. Hats off to Cork, they were top class.

“We’re looking forward and we want to kick on. We have to stay positive.

“We’re going to keep our standards, we’re not going to let things drop. It was a tough night at the office but we’ll suck it up and move on and go again on Monday morning in training.”