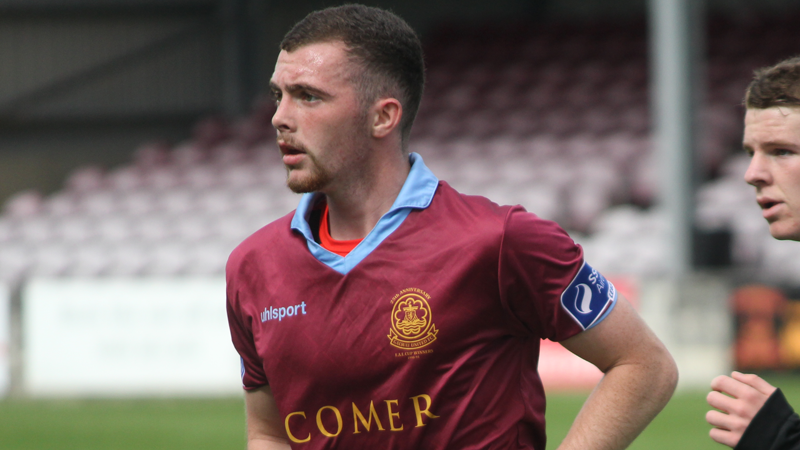 Rob Spelman opened the scoring for United with just eight minutes on the clock, when the ball was pulled back to the edge of penalty area and the midfielder curled a powerful shot into the top corner.

The Saints responded strongly and before long, JJ Lunney had an effort that rattled the bar. Later in the first half Lunney provided a delivery from a corner for centre-half Ciaran Kelly to head home an equaliser.

In the second half, in spite of pressure from the hosts, Johnny Glynn’s charges took the lead once more. Jesse Devers ran in behind the defence to latch onto a long ball, before shooting under Eric Donnelly in the Pats goal.

United sealed their place in the last four of the league playoffs when Rob Spelman completed his brace, scoring confidently from the penalty spot into the bottom left corner.

The Tribesmen now have a home semi-final to look forward to next weekend, as they take on a Dundalk side who were just pipped to first place by St Pats in the Northern Division.

Admission is €5 for adults, with u16s and season ticket holders being admitted free of charge.