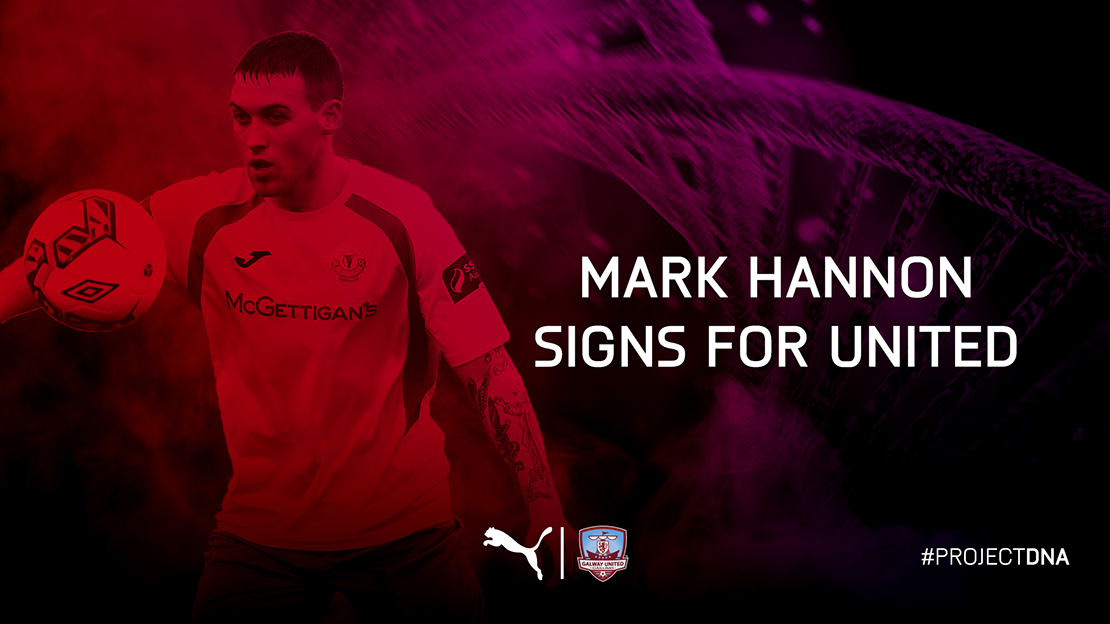 The 20-year-old central midfielder began his career with Sligo Rovers. Hannon spent four seasons with the club’s under-19 team before being handed a first team debut by Dave Robertson.

The Sligo native moved on to North West neighbours Finn Harps in 2018 and made 7 appearances for Ollie Horgan’s side, scoring once against Drogheda United.

Hannon became United’s first new signing for 2019 and Alan Murphy was keen to work with midfielder once again.

“I’ve know Mark for several years through the Connacht Schools squads. At that early stage, I knew Mark was a talent.

“He’s a left footed player that’s very composed on the ball. He can play in several positions and is an absolute competitor and winner.

“He’s going to be exciting to bring in and he’s a real leader at only 20, he’s a very good communicator and he’ll demand high standards from the players around him.

“Mark really wants this. It’s a real ambition for him to nail down his place in the League of Ireland. He’s prepared to do what he needs to play.

“He’s exactly the type of player we need. We want good people and hungry people that we can call our own and now Mark Hannon is going to get his chance and in my eyes he’s very capable and in an excellent position to take that chance.”