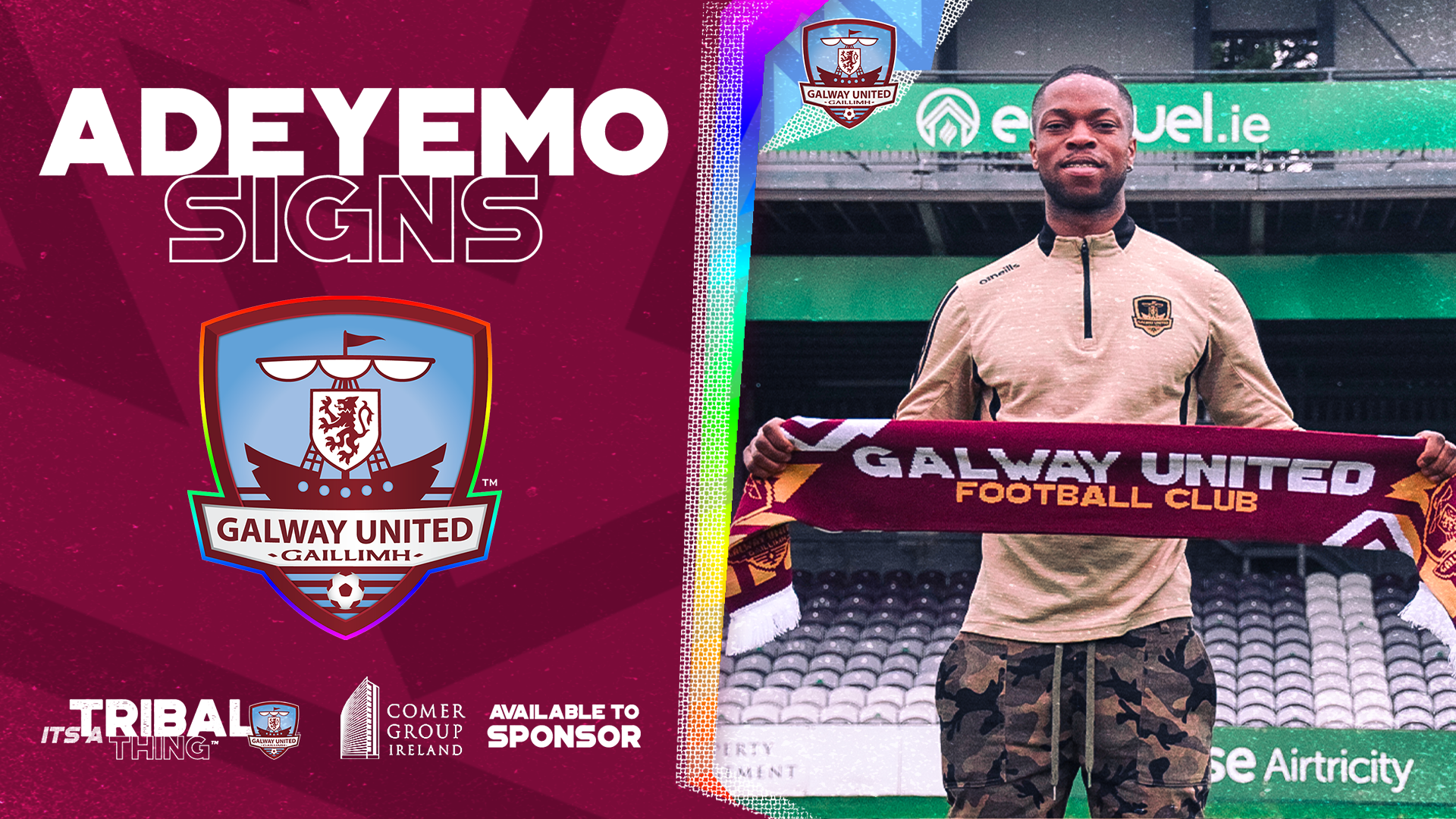 Forward Jordan Adeyemo signs with Galway United for the 2022 season.

Adeyemo, a young and exciting striker, signs from Drogheda United after some impressive performances in the Premier Division scoring on four occasions. The former SSE Airtricity League First Division Champion, caught up with the Galway United media team at Eamonn Deacy Park earlier this week to discuss his move to the tribesmen.

“I feel like it’s a big opportunity, and it’s an opportunity I have to take, like it’s full time football and that’s something that I’ve always wanted to do aswell.“ 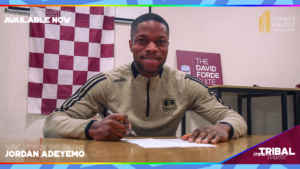 Jordan Adeyemo operates mostly as a central striker, but can also play as a winger on either flank. 21-year-old Jordan, formerly on the youth ranks of both the Shelbourne and Drogheda United academies, boasts an impressive scoring record. He won the U19s Player Of The Year with the Drogs scoring 18 league goals in 2019 as the Drogs made it to the league semi-finals. Adeyemo then broke into the first team at Drogheda, making just over 20 Premier Division appearances in 2021, with five goal contributions. 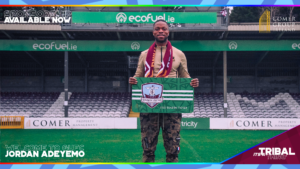 “From looking at it, I think that Galway are a big club and obviously they finished second last year, just cut short through the playoff game against Bray… So they were unlucky not to get promoted. This season I think it’s a great opportunity for them to do well and possibly get themselves back up to the Premier Division.”

You can check out a feature interview with our new signing Jordan Adeyemo below:

For those eagle-eyed supporters, you may have noticed the last four social posts, have spelled out a chant for Jordan Ademeyo, which goes as follows. “Oh Ho Ho, he’s magic, you know, Jordan Ademeyo” to the tune of “It’s Magic” by Pilot! We’re sure we’ll hear the many Maroon Army chants like these again in 2022. Merry Christmas and happy new year from everybody at Galway United!

Jordan Adeyemo is available for sponsorship for the 2022 season, if you are interested in getting your brand out there, please get in contact via email at commercial@galwayunitedfc.ie