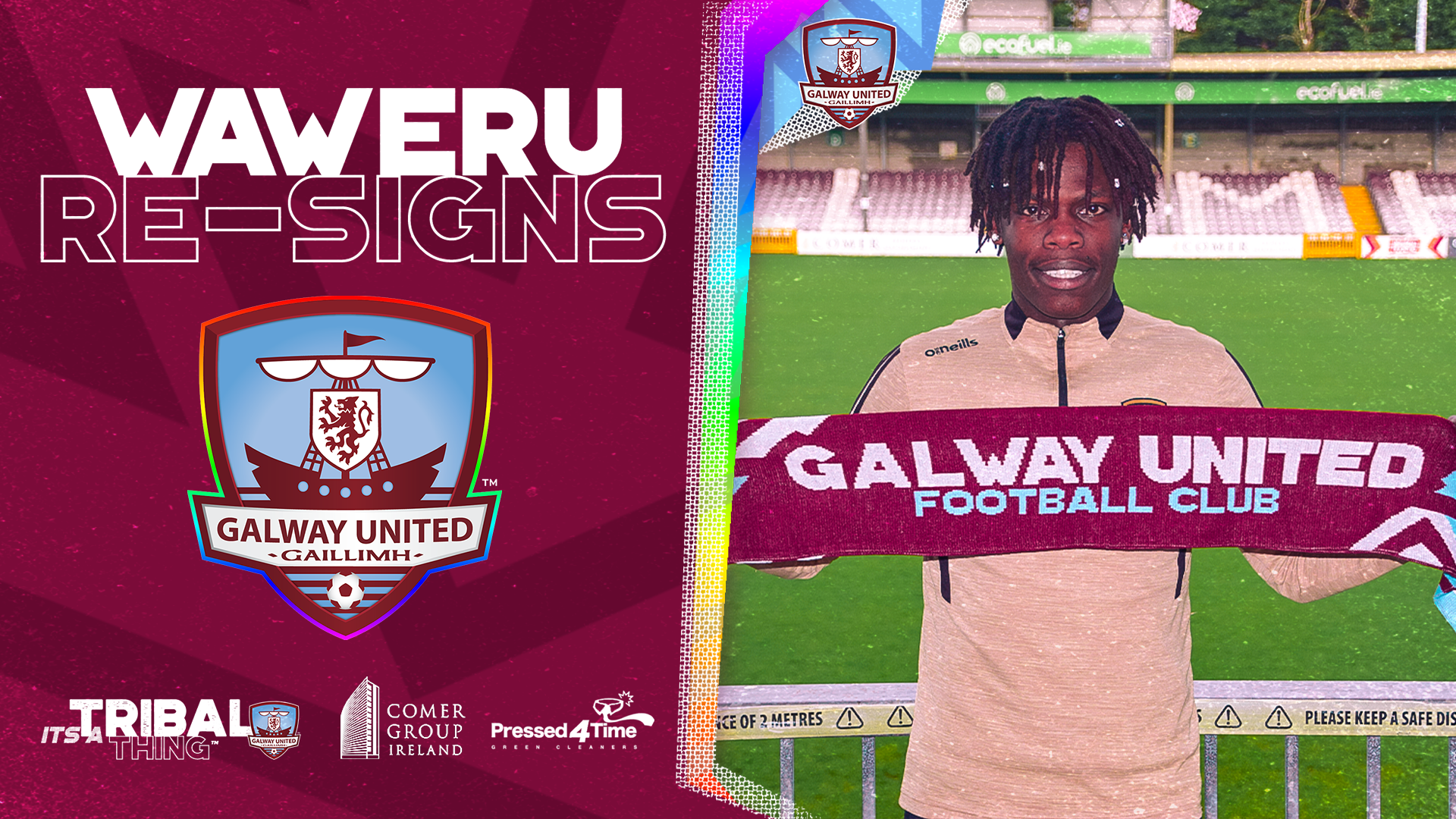 Forward Wilson Waweru re-signs with Galway United for the 2022 season.

Exciting young attacker Wilson Waweru has re-signed with Galway United for the upcoming 2022 season. Wilson met up with our media team today in Eamon Deacy Park to discuss his future, as well as his hopes for the new season ahead.

“I’m delighted to sign for Galway United. It feels great, and being here for four years now, hopefully, we do well again this year” 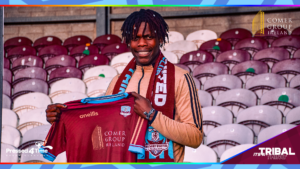 Wilson Waweru refined his footballing ability playing for local Galway City side Mervue United, and signed with Galway United in 2017, emerging in the youth setup as a diverse forward, who is comfortable as a lone striker, or as a part of a duo. This was further highlighted with a nine goal contribution in his first season in the underage setup, forming a formidable partnership with Harry Rogers.

In 2018, Wilson was promoted to the first team by Alan Murphy, and in the process, made five appearances, and thus began to repay the faith shown in him. The following year, Waweru added to his appearance and goals total, and at the conclusion of the 2020 season, became a regular starter for the Maroon Army.

The 2021 season became Wilson’s breakout season, becoming a man that John Caulfield would heavily rely on, scoring 8 goals, whilst at the same time, cementing himself as a fan favourite throughout the club, something which helps him perform from season to season 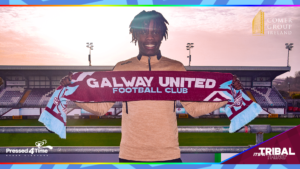 Wilson Waweru’s rapid rise as one of the most exciting attackers at the club is no surprise, as Wilson himself has stated that he always wants to improve from season to season, something which will be music to the ears of the Galway United faithful.

“I’m trying to improve every year, and last year I got three goals, scored a few more as well, eight goals, so next year hopefully try and get a few more and improve myself as a player, and hopefully it will go well for me.”

Wilson Waweru is sponsored by Pressed4Time