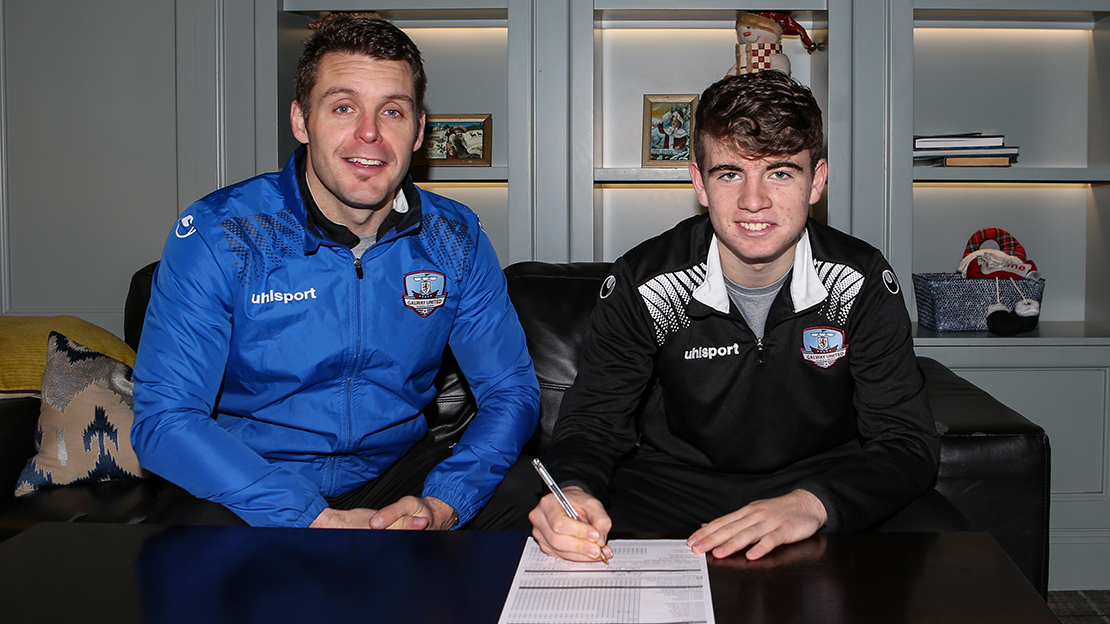 Colin Kelly becomes the latest player to extend his contract with Galway United for the 2019 SSE Airtricity League season.

The 17-year-old attacker, who was one of the standout performers in youth football in 2018, enjoyed an outstanding first season in the SSE Airtricity League, bagging 30 goals for United’s under-17 team in just 25 appearances.

Kelly, who lead the way in terms of goalscoring in underage football in the SSE Airtricity League, made his senior debut as a 16-year-old away to Finn Harps. He would go on to make two further appearances under Alan Murphy against Wexford FC and Shelbourne.

Kelly also fired Connacht Schools to the Interprovincial title in November, topping the goalscoring charts once again with four goals in three matches.

United manager Alan Murphy told www.galwayunitedfc.ie that he was thrilled to retain the talented youngster for 2019.

“Last season, Colin played National League at his own age group and scored 30 goals, he was the top scorer by a distance.

“Colin has all the ability and I don’t think there’s a player that wants it as much either. It’s really exciting for Colin and the club in terms of where he can progress in the next few years.

“This has projectDNA written all over it again. He’s a Galway lad and he’s ambitious, he has the characteristics, the player ID is perfect for him.”

Murphy, who brought Kelly to United last season and managed him to recent success with the Connacht Schools, has backed the skilful forward to continue to develop at the club.

“Colin is still doing his Leaving Cert this year, there will be a lot of external factors creating pressure, but I don’t think there’s a better young player to be able to deal with all that.

“He’s very grounded and wise beyond his years. He knows he’s going to have to be patient at times.

“He’s now going into a senior setup and at times will be back in with the under-19s, moving between both, which is what is needed for his development.”