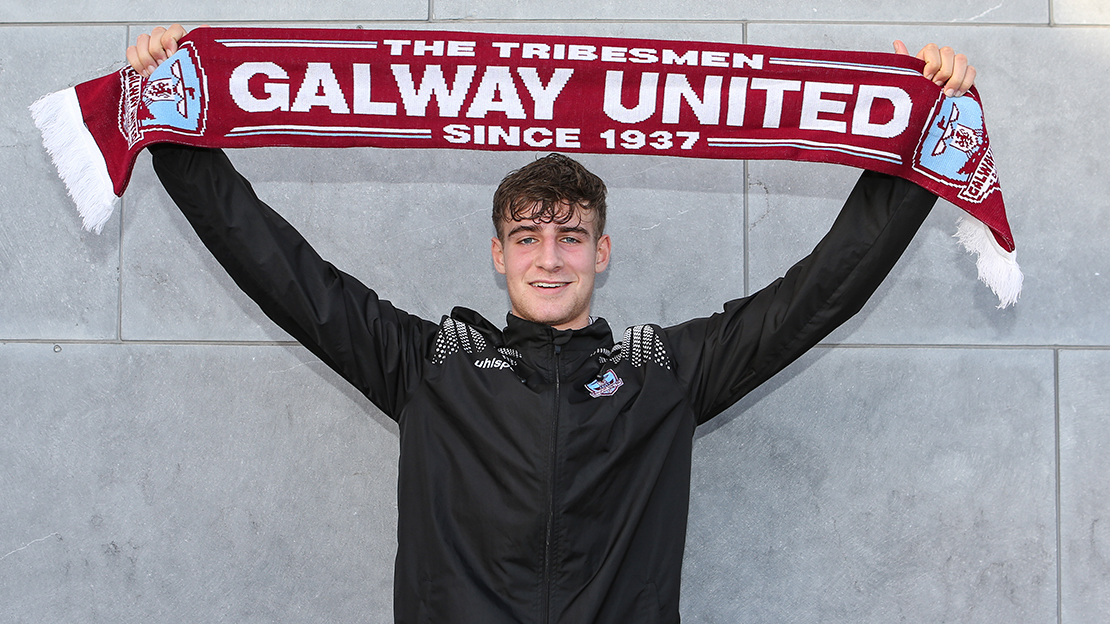 Galway United are delighted to announce that Adam Rooney has committed his future to the club by signing a new contract for the 2019 SSE Airtricity League season.

The 6’4″ centre-back made his first team breakthrough at Eamonn Deacy Park in 2018.

Eighteen-year-old Rooney enjoyed an impressive first season with the club’s under-17 team in 2017 before progressing to under-19 level in 2018.

Rooney made his first team debut for United against Sligo Rovers in the EA SPORTS Cup in April.

Alan Murphy handed the young defender a further five league starts following his appointment as manager in July and Rooney also enjoyed an excellent season at International Schools level, where he helped Ireland to victory in the Centenary Shield.

United manager Alan Murphy told www.galwayunitedfc.ie: “You need only look at Adam and he just shouts potential. I’m very excited by the work we can do with Adam next year.

“I feel the coming season is going to be a real breakthrough year for Adam. The way his football and philosophy goes, along with the way he plays the game.

2018 was an important year for Rooney’s development with the commanding centre-back making his first team bow and winning the Centenary Shield with Ireland, and Alan Murphy hopes he can continue to progress at Eamonn Deacy Park.

“You just need to look at past Galway United players in Irish Schools teams. I’d go straight to Ryan Manning and look at the jump he made straight after being named Irish Schools Player of the Year.

“That’s exactly what Adam can do and I think he’s only working at half pace with regard to his development. He has huge potential and ability.

“It’s a big, big year for him in terms of nailing down a spot in the first team, really pushing on and becoming a leader at a young age.”