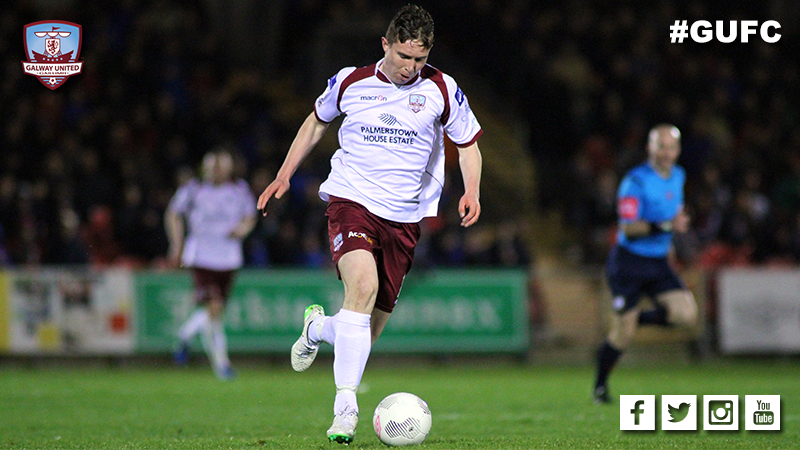 Galway United will be looking to record a second straight home league win at Eamonn Deacy Park on Friday night against Longford Town.

United lost 2-0 away to Cork City at Turners Cross mid-week after recording a 1-0 win against Drogheda United at Eamonn Deacy Park last week.

Last season, the sides met four times with Longford Town winning two, Galway United winning one, and one game finishing in a 2-2 draw at the City Calling Stadium.

Speaking to www.galwayunitedfc.ie ahead of Friday’s game, Galway United manager Tommy Dunne is hoping his players can make a quick turnaround from the Cork City game and get a result against Tony Cousins’ side at Eamonn Deacy Park.

“We know the Longford Town game is going to be a big one,” Dunne said.

“Against Cork City, there was some aspects of the game I was pleased with. Again, we need to tighten up from set pieces but at no stage in the game did I think Cork City overly troubled us from open play.

“We have little time to think about the Cork City game, now our focus is fixed on the Longford Town game and on getting another positive result at home, preferably a win.”

Dunne has another lengthy injury list to contend with heading in to Friday’s game and his cause won’t be helped by Ryan Connolly picking up a knock to his hip in Cork. Dunne sees it as opportunity for others players to come in and show their worth.

“We’re depleted at the moment, but we’re hoping Enda Curran and Colm Horgan will be back in contention while Sam Oji returns from suspension so that’s a boost.

“That’s the reason we have a squad. Just look at Andy O’Connell who came in and did really well at Turners Cross. Players are hungry to get involved and make their mark for Galway United.

“We might have to change things around a bit for the Longford Town game but I’m hopeful we can go and pick up another result at home. If the players apply themselves, I’m sure we will.”

Last week a sizeable crowd turned out at Eamonn Deacy Park for United’s second home game of the season and Tommy Dunne is urging supporters to turn out in numbers again on Friday night.

“The support means a lot to the players, especially since we have a very young squad who are learning their trade at this level.

“Against Drogheda United, our supporters were fantastic. They got us over the line and I’m sure they can see what we’re trying to do here. We’re building a young, locally based squad, and it’s going to take some time and patience but we hope they’ll continue to get behind the players as the season goes on.

“Their support is imperative. We are trying to make Eamonn Deacy Park a fortress and we hope to see another big, vocal crowd on Friday night against Longford Town.”

Marc Ludden (knee) is at least another week or two away from returning.

Aaron McDonagh (knee) will be out for 3-4 weeks.

Ryan Connolly (hip) is rated as highly doubtful to play against Longford Town after limping off before half time against Cork City.

Enda Curran (calf) and Colm Horgan (flu) missed the trip to Cork on Tuesday and both players will be assessed at training on Thursday morning. It is hoped that both will be fit enough to be involved on Friday night against Longford.