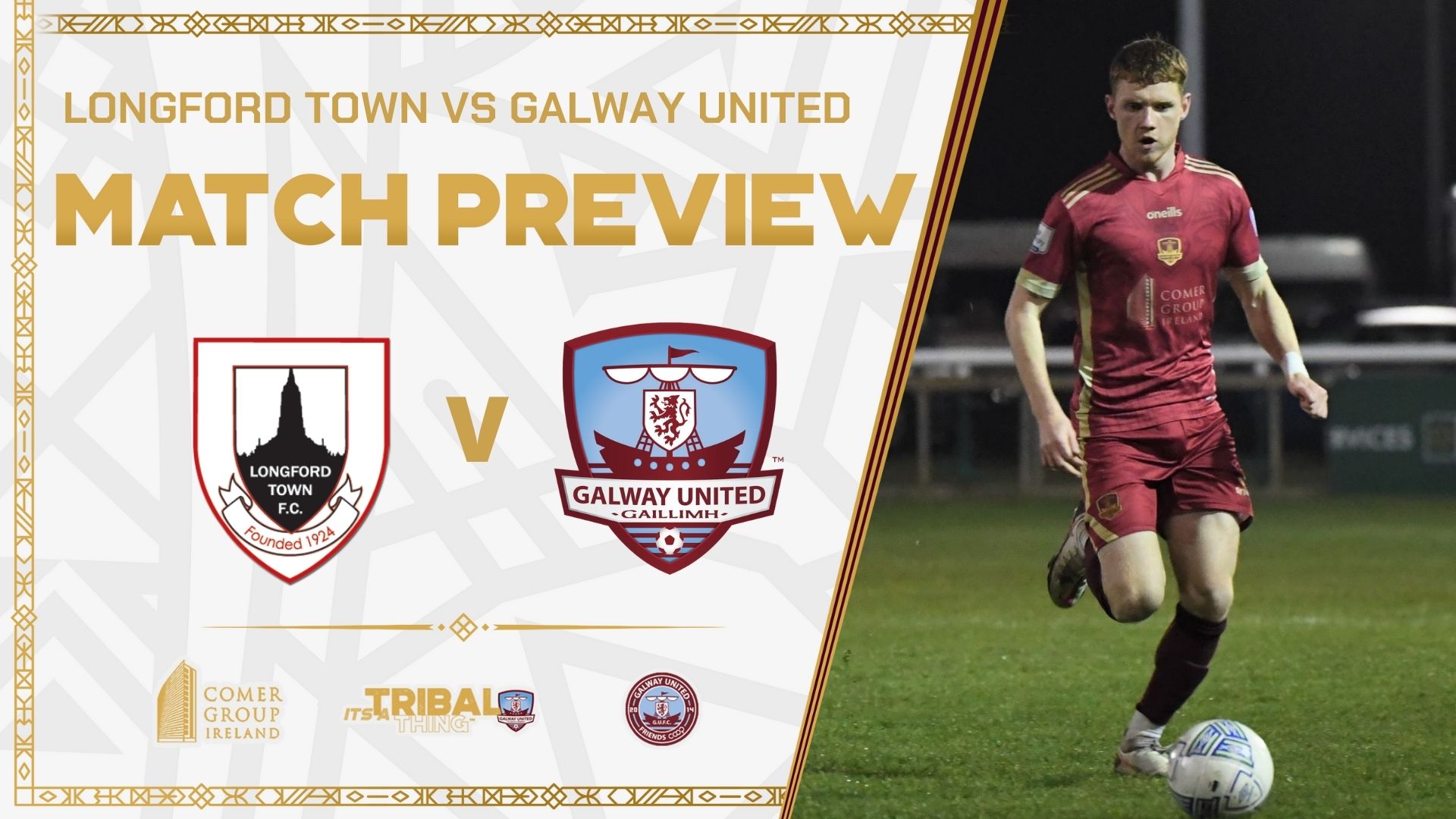 “We will have to defend very well against Longford” – John Caulfield, Manager

Galway United travel to Bishopsgate this Friday to face Longford Town, with kick-off at 7.45pm.

The Tribesmen will aim to extend their unbeaten First Division streak this week when they play Longford Town at Bishopsgate. A supporter’s bus will be travelling to the game from the Connacht Hotel at 5pm – Tickets can be purchased HERE.

United go into this week’s contest in fine form having picked up 13 out of a possible 15 points so far this campaign. The Tribesmen defeated Athlone Town 2-1 at Lissywollen last Friday with Spaniard Manu Dimas and Wilson Waweru netting the goals in a hard-fought victory.

Attention now turns to Longford Town who currently sit in sixth position on the First Division table. Gary Cronin’s side defeated Wexford 3-0 at Ferrycarrig Park in their most recent fixture, having lost to Bray Wanderers and drawn to Cork City in their previous two.

United manager John Caulfield is looking forward to another difficult game this Friday.

“Longford had a tremendous win in Wexford, they got some great goals and played really well,” Caulfield told the club’s media team.

“They have changed their style of play since Gary has taken over. They play a lot of long and diagonal balls down the channel which was effective in Wexford.

“We will have to defend very well against Longford but at the same time we are on a good run of form and have started the season well – we are looking forward to this week’s game.”