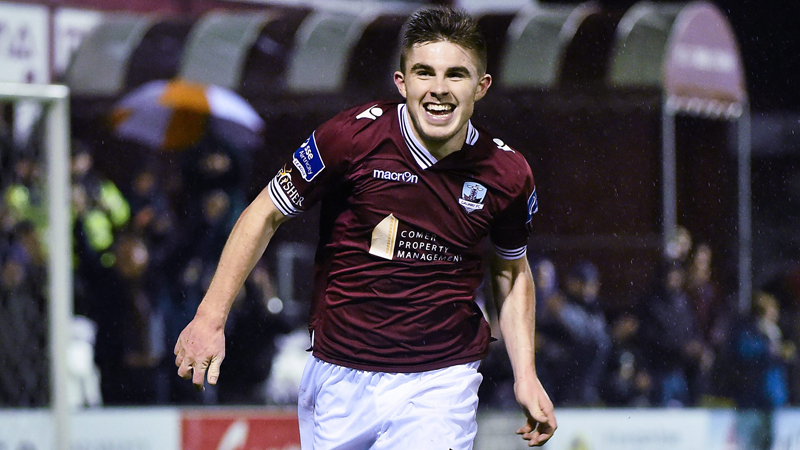 www.galwayunitedfc.ie caught up with Ryan Manning shortly after he signed for Queens Park Rangers on Thursday afternoon.

Eighteen year old Manning, who played an influential role in Galway’s promotion to the SSE Airtricity League Premier Division, scoring two goals against UCD, felt 2014 couldn’t have gone much better. The Cregmore native also made a number of impressive appearances for the Republic of Ireland under 19 team during the year.

“It was difficult at times to juggle training and games with my studies for the Leaving Cert but it was all worth it in the end. It was great to help Galway to get promoted and now this, I can’t ask for much more. It’s a great start to the new year. Hopefully my time with QPR will turn out to be as good as my spell at Galway.

“Playing with Galway was another step up in my career, Johnny Glynn introduced me to senior football at the age of 16 at Mervue United and I’ve progressed a lot since then. I’m now trying to take the next step in my career with QPR.”

Manning admits it will be strange not to play with his former teammates in 2015.

“It will be different not playing with the same lads in 2015. In the UK they play a Winter season so when I’m home during the summer I will definitely head down to Eamonn Deacy Park on a Friday night to watch the lads play.

“I hope the supporters understand that when this chance came I had to take it, if it didn’t get the offer I would have definitely signed back with Galway United,” Manning concluded.