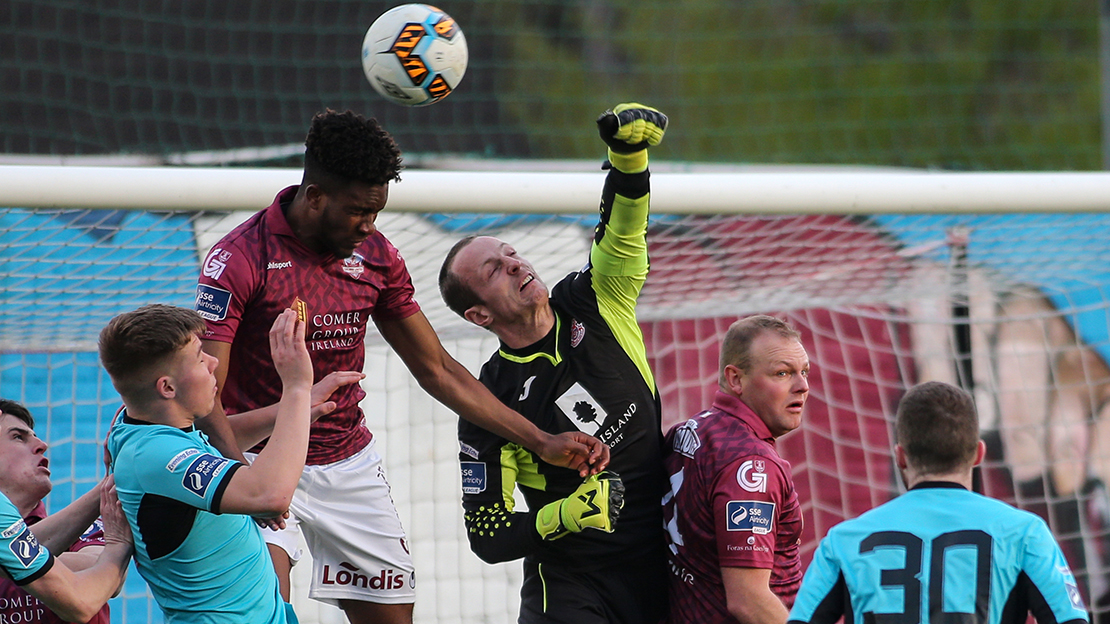 Alan Murphy began his tenure as Galway United manager with a 4-1 win against Athlone Town at Eamonn Deacy Park.

The teams are separated by 5 points in the table and both will be anxious to pick up ground on the play-off berths, with four teams above them going head-to-head this weekend.

ALAN MURPHY WANTS MORE OF THE SAME AT ST. COLMAN’S PARK
“Cobh is traditionally a difficult place to go,” Murphy explained to www.galwayunitedfc.ie.

“They’ll be on the crest of a wave after beating a really in-form Longford team last time out.

“We need to concentrate on our own performance and we have to prepare well for the game. We just need to focus on ourselves. We’ll be going down and we’ll be very positive and looking to win the game.

“We’ll be looking to win the battle firstly and obviously then to play the game in the right way.

“Last time out was against Athlone, the result aside, I thought the performance was good. That was the main thing.

“If the performances come in, the results will be a byproduct of that. We’re using it as momentum going forward.”

TEAM NEWS
Alan Murphy received some disappointing news this week. Conor Layng damaged his cruciate ligament in an under-19 game against Cabinteely and will be sidelined for the rest of the season.

Maurice Nugent (ankle) and Mikey Whelan (hamstring) are also ruled out of the trip to St. Colman’s Park.