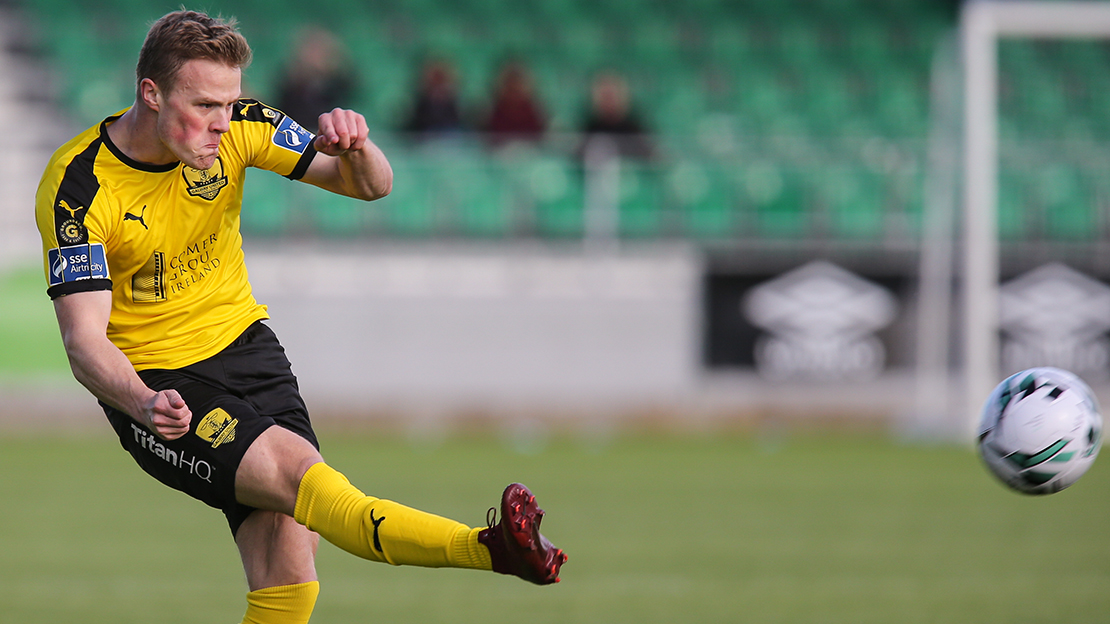 There was real disappointment for United in Limerick last week when the Tribesmen let a half time lead slip at the Markets Field, allowing Limerick to come from behind to win the game 2-1.

Cobh Ramblers also came from behind at Stradbrook to hold Cabinteely to a 2-2 draw thanks to goals from Kevin Taylor and Jaze Kabia.

United trail their hosts Cobh Ramblers by three points in the league table heading into Friday’s game and manager Alan Murphy knows the significance of the game.

Murphy is hoping his side will react in the right way to the disappointment of the Limerick loss when they travel to a difficult venue on Friday night.

ALAN MURPHY “WE NEED TO LEARN FROM HARSH LIMERICK LESSON.”
“Cobh Ramblers are going to be a difficult task for us with the form that they’re in,” Murphy told www.galwayunitedfc.ie.

“It’s always a tough place to go and they’re picking up points and performing quite well at the moment.

“We need to perform on the night ourselves. We’ve got to learn from last week’s result in Limerick, where we scored the first goal in the game and had a good first half performance, but also a very poor second half.

“We need to learn how to manage games like that and how to grow in character.

“We’ve been putting in some very decent performances for halves but we need to put in a performance for the entire game.

“That’s the challenge for this group of players and for their learning as a group. We’re very inexperienced at times, we’re encountering situations that these players haven’t experienced before at this level, but we’re learning from them.”

TEAM NEWS
Marc Ludden is suspended due to an accumulation of yellow cards (5).

Conor Barry (calf) and Iarfhlaith Davoren (hamstring), who came off injured against Limerick last week, will both miss the Cobh Rambers game.

Conor Layng (cruciate ligament) is rated as doubtful for the trip to St. Colman’s Park. The striker has recently returned to full training, but it may be too early for his inclusion in a matchday squad.

Conor Melody returns after serving a three match suspension and the club are hopeful that new signing Jack Lynch will be cleared in time to bolster United’s severely depleted squad.