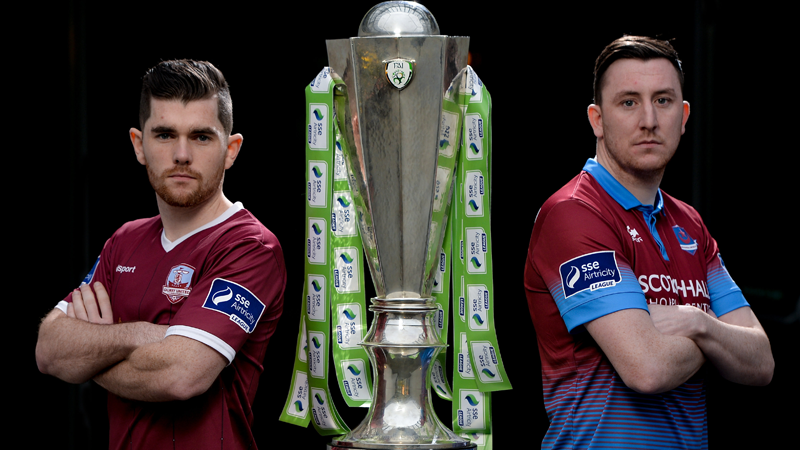 Shane Keegan will take charge of his first competitive game as Tribesmen boss, the former Wexford Youth’s manager has added six new faces to his freshened up United squad since he took charge of the club in November.

Drogheda United, under the stewardship of experienced manager Pete Mahon, bounced right back into the Premier Division after one season in the second tier.

Shane Keegan wants his new-look United side to start the 2017 SSE Airtricity League season with purpose.

“The players are bouncing at the moment, they’ve put in a good week of training in the lead up to the game, there is no reason in the world why we shouldn’t be going out on Friday and giving a really good account of ourselves against Drogheda.

“The players have gelled really well, we’ve got quiet a few new players in key positions down the spine of the team and it’s important for them to bed in as early as possible.

“We don’t get carried away with pre-season results, but you have to be encouraged by how well the new players have integrated into the setup. We’re building momentum and confidence.

“I can’t wait for Friday, I’m really looking forward to walking out on that pitch. Hopefully we will have a really good crowd in. There seems to be a hype around Galway in terms of people being excited about the new season and hopefully that will translate into a big crowd at Eamonn Deacy Park.

“It’s my first game in charge, I’m hopeful that we can get off to a positive start and make a good impression on our supporters. We’ve done the preparation for Drogheda now, there’s no reason why we can’t be at our absolute best and we’re looking to deliver now.”

TEAM NEWS
Maurice Nugent is ruled out with tonsillitis.

Ronan Murray (knee) and Conor Melody (knee) are both doubtful and will undergo late fitness tests ahead of the game.