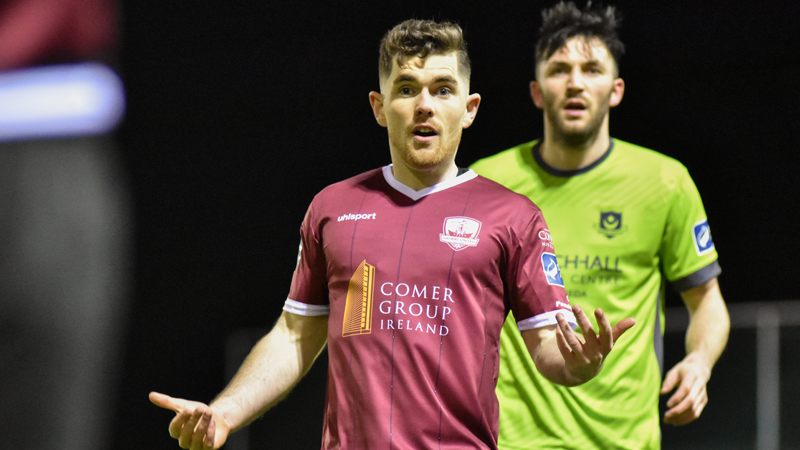 United opened their 2017 SSE Airtricity League campaign with a defeat to Pete Mahon’s Drogheda United, in a match they will feel they should have made their chances pay, having been on top for much of the contest.

Ronan Murray tried to create a chance with a cross into the box in the opening minutes, but Drogheda cleared the danger.

Less than five minutes in, Vinny Faherty smashed a shot against the bar in a crowded box, before Lee Grace latched onto the rebound, but his effort was blocked away out of danger.

Ronan Murray put Gary Shanahan through towards the box from the wing and the latter tried to shoot it through the legs of McGuinness, but the Drogheda keeper saved well.

16 minutes in, Gary Shanahan was forced to withdraw through injury and was replaced by Padraic Cunningham.

Kevin Devaney advanced into the box, tipping the ball past the Drogheda defender and he tried to roll it inside of the keeper’s near post. but it was just the wrong side of the post.

Ten minutes from half-time, Ronan Murray volleyed wide from the edge of the box, when an attempted clearance fell to him. Murray provided a dangerous cross soon after, but there was nobody there to tap in the loose ball in the box. 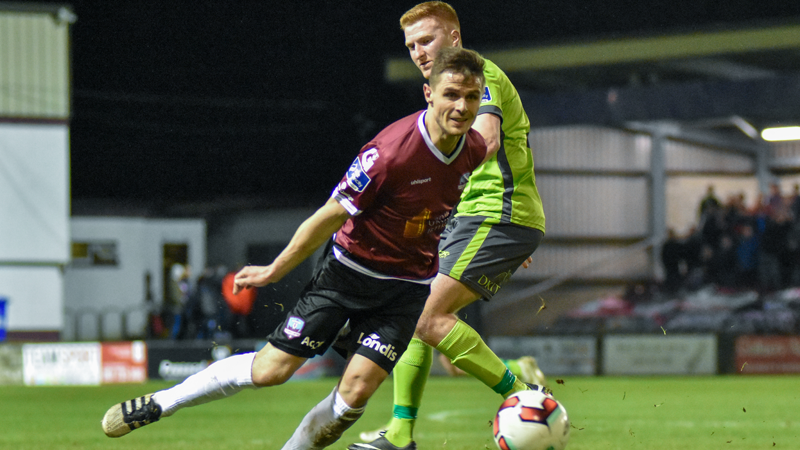 Murray was again the tormentor when he tested McGuinness with a snapshot, as United upped the intensity.

Drogheda had a chance to open the scoring when a cross eventually made its way to Stephen Elliot, but Lee Grace and Vinny Faherty did enough to avert the danger.

Early in the second half, Murray tried his luck with a central free-kick from distance, but his effort was too high.

Ciaran Nugent had to be sharp to deny Drogheda when McCaffrey broke dangerously from the right but the United netminder saved at his near post.

Despite the pressure the Tribesmen exerted on Drogheda during the match, it was the visitors who hit the front with less than ten minutes of normal time remaining, when Thomas Byrne put through Gareth McCaffrey, before rounding Ciaran Nugent and rolling the ball in from a tight angle.

A minute from the end, Ronan Murray drilled a shot just over the crossbar when the ball dropped for him in the box.