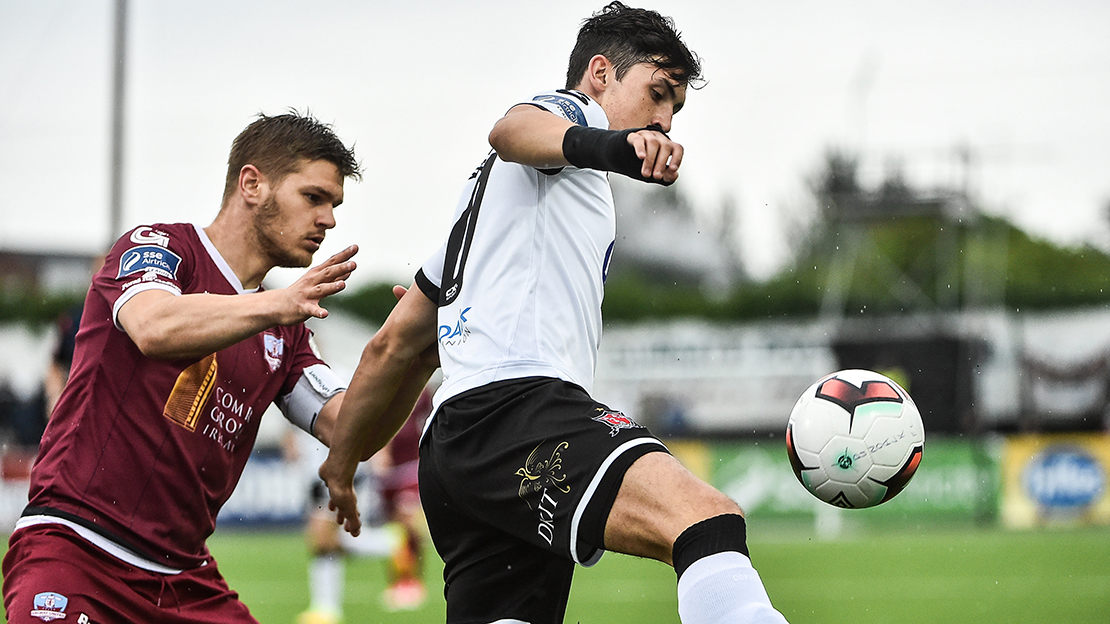 Galway United will look to book their place in the final of the EA SPORTS Cup when the Tribesmen host Dundalk at Eamonn Deacy Park on Bank Holiday Monday. Kick-off is at 4.00pm.

United reached the final of the competition in 2015, but suffered heartache, losing to St Patrick’s Athletic on penalties at Eamonn Deacy Park.

The clubs route the semi-final in 2017 has seen Shane Keegan’s side knock out the Mayo League, Derry City and Sligo Rovers. Dundalk meanwhile reached the semi-final by knocking out First Division outfits UCD and Waterford FC and they last lifted the trophy in 2014.

Galway United have not won the EA SPORTS Cup since New Years Day, 1997. Denis Clarke guided the club to a 4-2 win against Cork City over two legs.

SHANE KEEGAN RELISHING CUP SEMI-FINAL
“The game couldn’t have come at a better time for us,” Keegan explained.

“There is a lot of positivity about the club. We’ve won three of our last four games. The players are in a good frame of mind. The Finn Harps result was fantastic.

“What more could you ask for now, we’re playing the current league champions, it’s a nice game to look forward to. The players understand the extent of the challenge, but they’re embracing it.

“It’s a cliche, but it is a nice distraction from the toil of the league campaign for us. To reach a semi-final has been nice, but with the added morale at the moment, if we could pull of a result and reach the final, the morale would go through the roof.

“You would’ve liked to have seen Dundalk in a tighter race for first, they might’ve taken their eye off the ball a bit then. In all likelihood, they won’t win the league this year, so Stephen will be looking at both Cups and they’ll be going full pelt for it.”

TEAM NEWS
Ronan Murray is suspended after an accumulation of yellow cards.

Jonah Ayunga is cup-tied after already featuring in the EA SPORTS Cup with Sligo Rovers.

Conor Melody returns following an ankle injury to give Shane Keegan a fully fit squad to choose from.