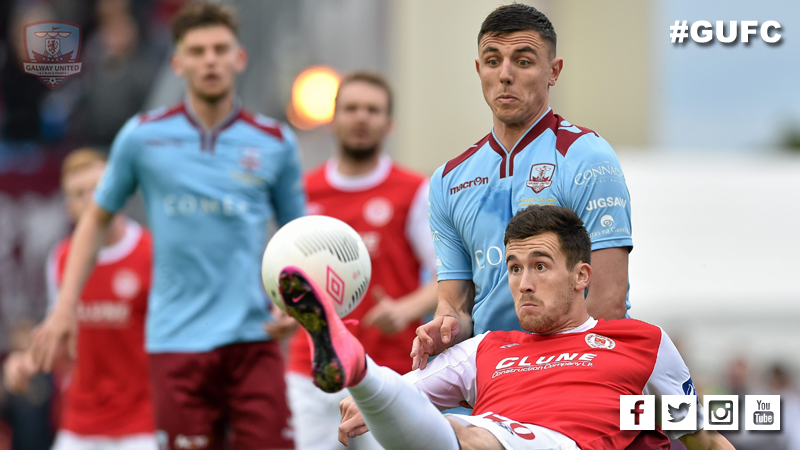 The Tribesmen head into Friday’s league clash knowing that their safety isn’t guaranteed yet, but their goal difference is superior to Drogheda United, who would need to overturn Shamrock Rovers at Tallaght Stadium by a big scoreline and hope that St Patrick’s Athletic depart Eamonn Deacy Park with the three points.

The visitors St Patrick’s Athletic are still in the hunt for European football and Galway United boss Tommy Dunne is adamant that his players are eager to finish the season on a high note at Eamonn Deacy Park.

TOMMY DUNNE – “WE WANT TO FINISH THE SEASON STRONGLY.”
“It’s important that we do our utmost to give a good performance and that we give a good account of ourselves against St Patrick’s Athletic,” Dunne told www.galwayunitedfc.ie.

“We’re going to try and pick up a positive result and take care of our own destiny. Our supporters have been fantastic all year and we’re looking to give them something to cheer about on the final day.

“It’s been been a tough year, we’ve had to fight right until the end and it’s been a steep learning curve for everybody involved with the club.

“The challenge for us now is to bring the experience we’ve gained from this year into next season. We want to finish strongly in-front of our supporters at Eamonn Deacy Park.”