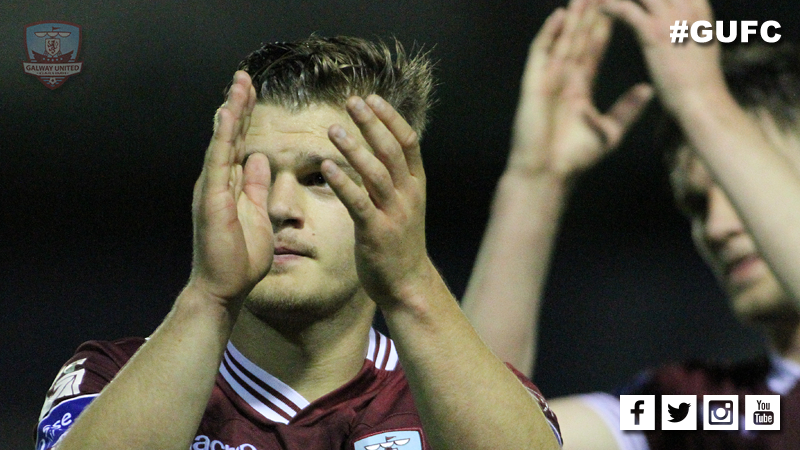 Aaron Greene netted the only goal of the game as St Patrick’s Athletic secured fourth place in the league and Europa League football for 2016.

The Saints were safe and solid throughout this clash at Eamonn Deacy Park as Galway failed to pose any significant questions.

Liam Buckley’s side had to wait until the 45th minute before scoring courtesy of a sharp Greene strike.

From then until the end all that needed to be determined was the visitors’ margin of victory as Galway rarely threatened, with the single goal proving enough.

James Chambers and Killian Brennan controlled the centre of the park as the Dubliners dominated the early exchanges.

Galway goalkeeper Conor Winn had to be alert in the seventh minute when making a smart save from Christy Fagan following a Ger O’Brien delivery.

A minute later Sean Hoare thumped a long-range shot off the post as the visitors’ continued to probe against Galway, who were struggling to deal with O’Brien on the right.

Throughout the campaign, Galway have had difficulty dealing with set pieces and the Tribesmen were fortunate to survive a 10th-minute scare when Kenny Browne headed a Brennan corner wide.

O’Brien then drilled a 20th minute attempt over as Liam Buckley’s charges, prompted by Chambers, dictated the contest.

On the stroke of half-time Pat’s supremacy was reflected with the goal they richly deserved as a Galwegian lapse in concentration was ruthlessly punished.

Fagan delivered a right-wing cross into the danger area and Greene reacted promptly to slam his side ahead.

Eleven minutes after the restart Greene headed an inviting Brennan corner wide as Pat’s remained in the ascendancy.

Jake Keegan failed to hit the target in stoppage time on a rare Galway trip into Pat’s territory as the Dubliners prevailed.