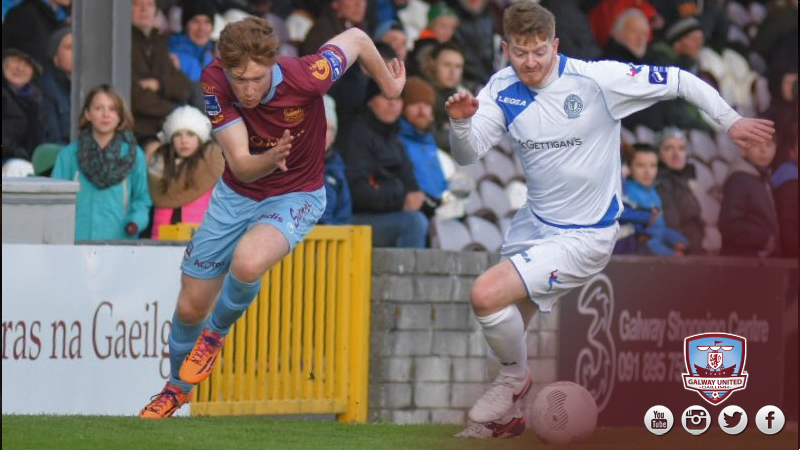 The Tribesmen head to the northwest also hoping to put daylight between the club and the chasing pack.

Ollie Horgan’s Harps team have been in good form of late, having arrested a poor run with an away point in Tallaght and a 3-0 home win against Sligo Rovers. A 2-0 away win at Longford Town followed the break, before having a further two weeks gap in action due to European action, as did United.

Tommy Dunne’s charges, despite lying in fifth position have endured somewhat of a sticky patch, but showed definite signs of improvement in drawing with Bohemians at Dalymount Park.

TOMMY DUNNE | “IT CAN BE A DIFFICULT PLACE TO TRAVEL TO”
“Finn Harps are in good form at the moment, but we had an encouraging performance against Bohemians after the break, with some players having an excellent game.” Dunne explained.

Dunne will have been pleased with the performance at Bohemians, especially with some players having only been on the road to full fitness.

“There was a bit more guile and hardiness about us.” Dunne remarked after the game.

“We expect the pitch in Ballybofey to be in good condition, although the weather may dictate that the conditions are similar to what we faced in Dalymount.” Dunne concluded.

TEAM NEWS
Alex Byrne is the only injury concern, as he misses out due to a recurrence on an ongoing groin issue.

Enda Curran, Marc Ludden and Kevin Devaney have had time to return to full fitness, following their recent respective issues.

Armin Aganovic misses out through suspension once again, but will be available once again for United’s next fixture.