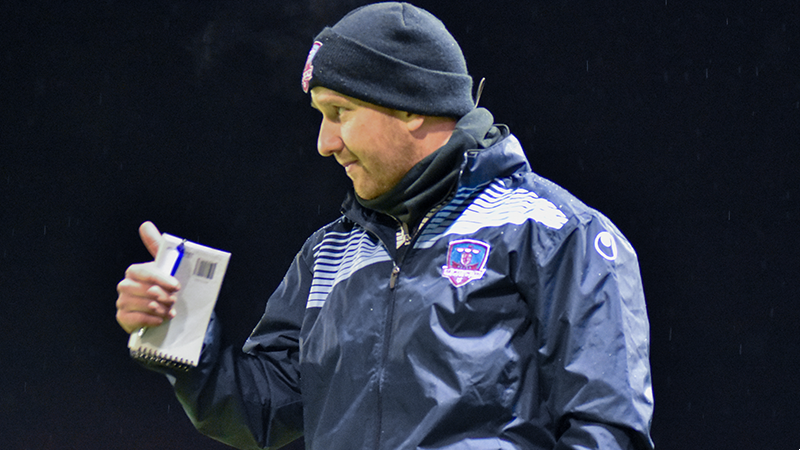 Galway United play their third friendly match in preparation for the 2017 season on Monday, as they take on the Irish Colleges and Universities International side at the AUL Complex in Dublin. Kick-off is at 3.00pm.

The match IS OPEN to the public, supporters are welcome.

On Friday night Shane Keegan’s side recorded a 2-1 victory over Athlone Town at Eamonn Deacy Park, to kick-off a period of eleven days in which four friendlies have been scheduled.

“It will be a hectic schedule. We’ll chop and change quite a bit. Everybody who was on the bench against Athlone will likely get a start tomorrow. It should give all of them a big chance to make an impression. A busy period, but a great opportunity for everyone to get some valuable game time.” Keegan explained.

“A number of the players will be getting their first start of pre-season and they are chomping at the bit to show what they can do and make a case for regular inclusion in the starting lineup.

“A lot of them are very tight calls at the moment and even the younger players can come from a bit further back and step up. Have a man of the match performance tomorrow and all of a sudden, you’ve really put your name forward.

“Even if you are only 17 or 18, that’s not a concern. Anybody who has a cracking game tomorrow really puts themselves in a strong position for inclusion over the course of the other friendlies.

“Greg Yelverton is in charge of the Irish Colleges and Universities side and there’s some great talent at that level, so I have no doubt that he will have put a good side together.”

TEAM NEWS
Padraic Cunningham (hamstring) and David Cawley (ankle) are both doubtful do to minor concerns that might not see them risked.