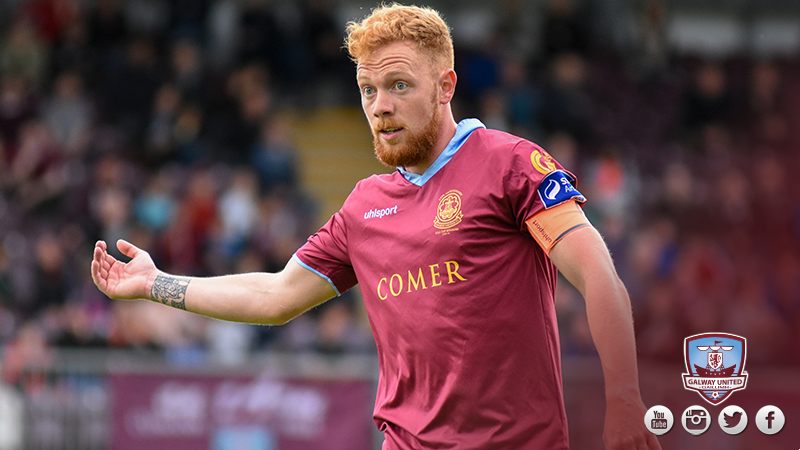 Galway United hit the road once again on Saturday night as they travel to the City Calling Stadium where they take on Tony Cousins’ Longford Town. Kick-off: 7.30pm.

Tommy Dunne’s men made a winning return to Eamonn Deacy Park last weekend after a seven week absence, with a 4-2 win which also saw Vinny Faherty return to the score-sheet with a well deserved brace.

The Tribesmen now look to build upon that performance in Longford, as a number of teams snap at their heels.

TOMMY DUNNE | “WE NEED TO BE AT OUR BEST TO PICK UP A RESULT.”
“It was a good win against Wexford at home, but tonight is a different game and a different set of questions will be posed to us.” Dunne explained.

“We were happy with the result that we picked up and the majority of the performance. One or two little things needed to be ironed out, but going to Longford, I would imagine we need to be at our best to pick up a result in Longford.

“Longford are scrapping and fighting extremely hard. They were the better team in their game against Sligo last week, so we’re under no illusions as to the nature of the task ahead of us.

Dunne warned that Longford are not to be taken lightly. “They’re a strong outfit when they’re fully fit and with all their players available and were only beaten in the 93rd minute against Dundalk in Oriel Park a few games ago.

“They’re missing a couple of bodies and they might be at the foot of the table currently, but it’s only halfway through the season, with a lot of football left to be played.

“Armin Aganović and Stephen Folan played their first full game together last week and did ok. Vinny has been working extremely hard in the last number of weeks and his luck was bound to change. We created a lot more chances and when you put balls across into the box, Vinny won’t be far away from them.

“In attacking form, we had some really good performances. Gary Shanahan was very good, Conor Melody played well. We had a good number of players who were performing and we need that every time we play, week in, week out.” Dunne concluded.

Jesse Devers also misses out as he continues to recover from a broken hand sustained in training.