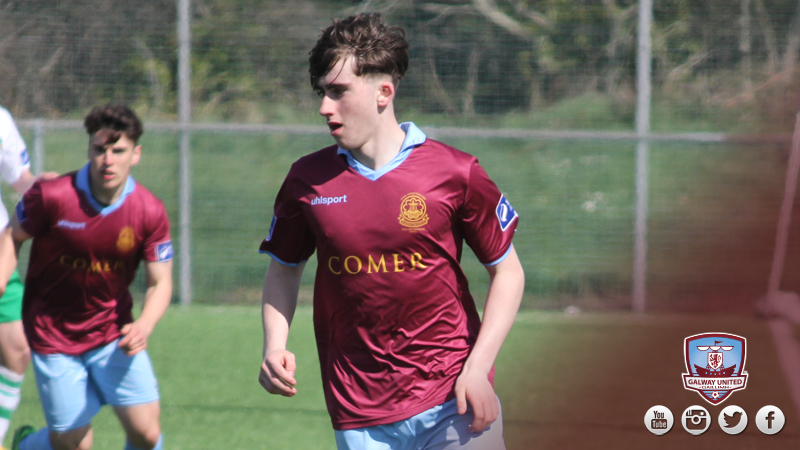 Galway United U19s sealed passage to the Semi-Finals of the U19 Enda McGuill Cup with an impressive 6-2 win over Connacht neighbours Sligo Rovers at Eamonn Deacy Park.

Despite being the young Tribesmens’ second 6-2 win in-a-row, it was Sligo Rovers who took the lead from the spot in the first ten minutes through Jason Hunt, as Aaron Conway was deemed to have fouled in the box.

20 minutes in, Andrew Connolly was fouled by Sligo Rovers ‘keeper Jack Burke in the area, resulting in a penalty that Connolly converted himself to restore parity.

Just before the half-hour, Sligo Rovers countered and Jason Hunt found himself in possession at the back post and he fired into the corner to put the Bit O’Red ahead once again. The lead lasted barely a minute however as Andrew Connolly spun on the ball before turning and blasting into the far corner, out of Burke’s reach.

Five minutes before half-time, Colm Walsh-O’Loghlen put United into the lead for the first time, as he cut in from the left before unleashing an unstoppable shot that nestled in the far corner.

Ten minutes into the second period, having already come close, Andrew Connolly sealed his hat-trick, confidently finishing a ball played in behind the Sligo Rovers defence.

Shortly after the hour mark, Josh Marvesley carved Sligo’s defence open with a through ball, allowing Colm Walsh-O’Loghlen to find the net with a cool finish.

United weren’t finished there as second half substitute Ciaran Nugent added a sixth with a deft chip to round off the scoring.