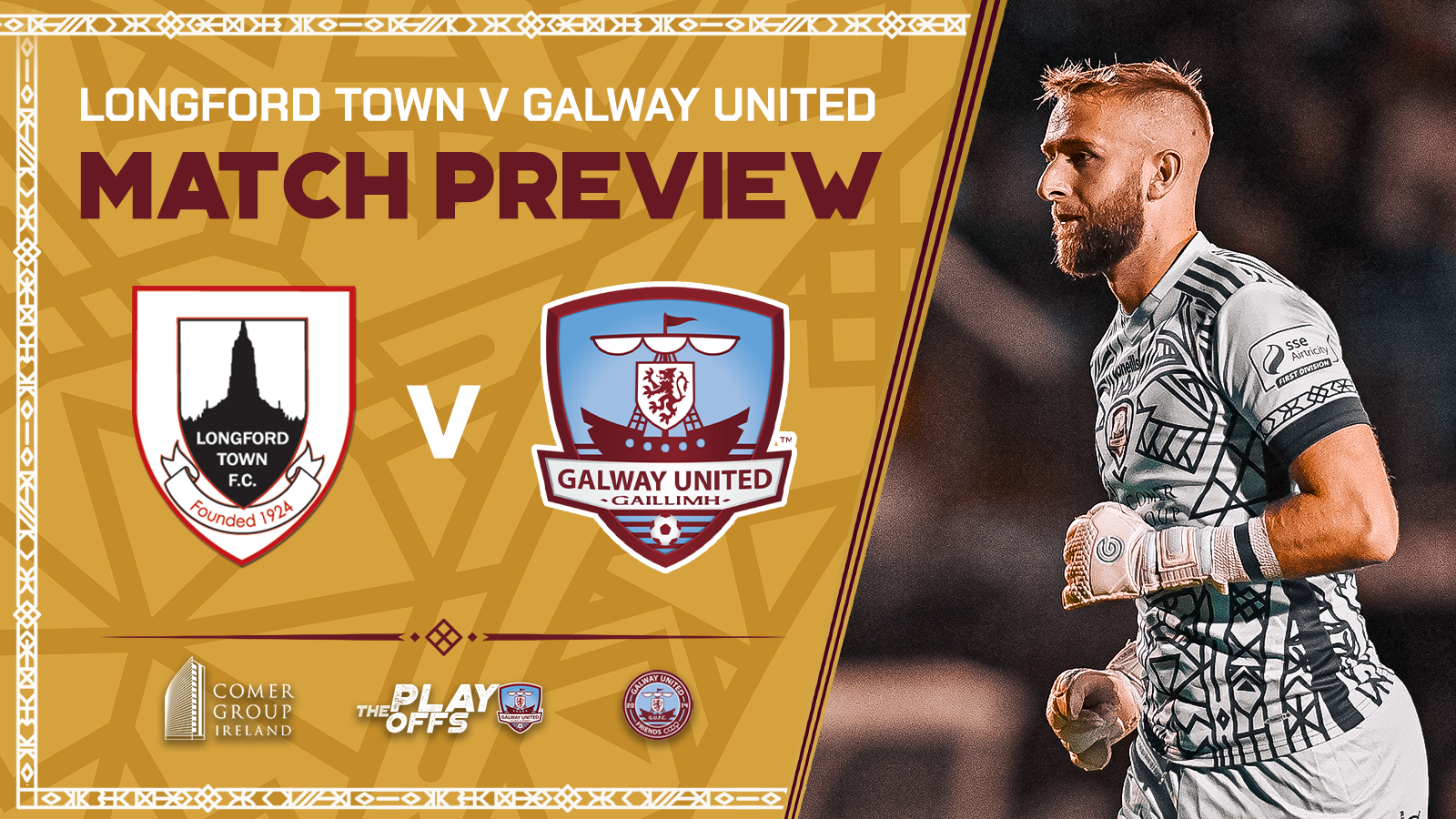 ‘We know what we have to do’ – John Caulfield, Manager.

Galway United take on Longford Town in the first leg of the First Division playoff semi-final at Bishopsgate on Wednesday – Kick-off is at 7.45pm.

The playoffs are upon us and United are preparing to face Longford Town in a two-legged tie this week.

The Tribesmen, who drew with Longford in their final league outing of the season last Friday, will host Gary Cronin’s side in the second leg at Eamonn Deacy Park this Sunday, October 30th (KO – 4pm). Tickets for the home leg can be purchased HERE

“Gary Cronin is probably the most experienced manager in the First Division – he always gets his team to the playoffs.

“Longford are the most experienced part-time team in the league with players like [Sam] Verdon, [Michael] Barker, [Michael] McDonnell, [Dylan] Barnett and [Shane] Elworthy.

“We know how good they are – we have played them a number of times this year. But we know we are at the business end of the season and we know what we have to do.

“We are looking forward to both matches, we have been preparing hard over the last number of weeks with the playoffs in mind.”