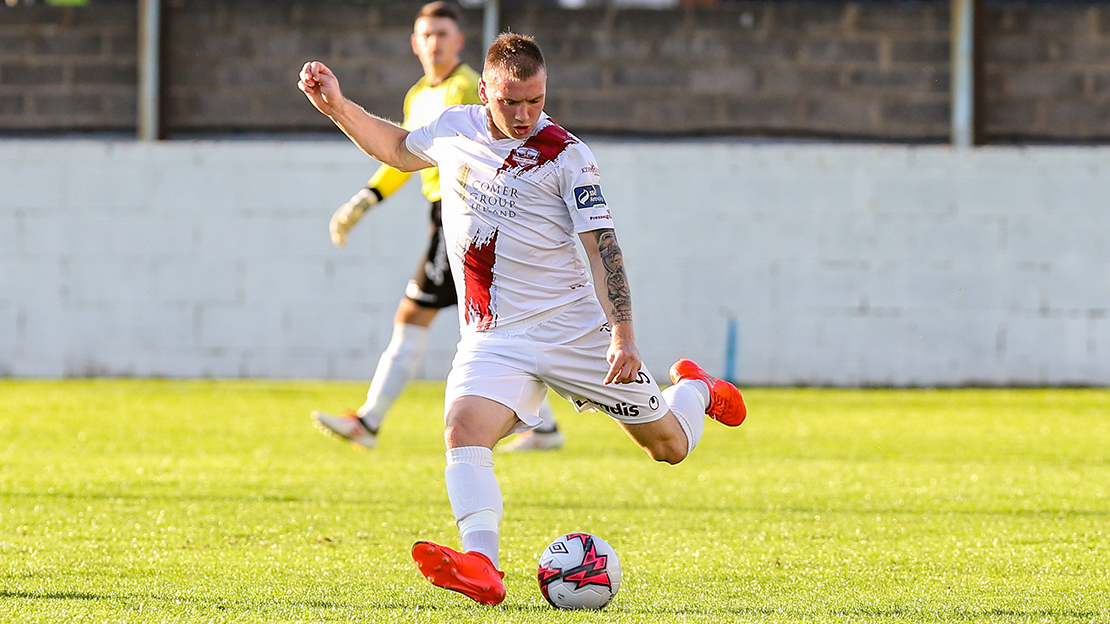 Saturday’s opponents are the FAI Junior Cup champions, having overcome Pike Rovers at the AVIVA Stadium in May.

United come into the North End United game off the back of a frustrating draw at United Park. There was a sense of deja vu when a two goal lead was once again clawed back by Drogheda United after the half time interval.

Since Alan Murphy has taken the reigns at Eamonn Deacy Park, he’s won three, drawn one and lost one of his five games in charge and he was disappointed not to make it four wins against Drogheda, but United’s boss is taking the positives from the game into Saturday’s Cup outing in the South-East.

THE THOUGHTS OF THE MANAGER AHEAD OF UNITED’S TRIP TO FERRYCARRIG PARK…
“I’m not happy with losing a two goal lead and only drawing the game against Drogheda, but I took a lot of positives out of it, especially our performance in the first half.

“In North End United we’ve probably got the trickiest of all the Junior sides in terms of the pedigree and experience in their squad. It will be a tough game for us.

“Because we’re a First Division side, we’ll probably be favourites, but weighing everything up, I think it’s very much a 50/50 game being honest.

“We’ll be looking to ourselves. The problem can be our own performance at times and last weekend is an example of that when we were two goals up and we let our performance levels drop.

“As a player and as a manager, I go into every game trying to win it and to perform as well and as efficiently as possible. That’s exactly the same this week.

“We have a few injuries and a few players that are fighting for a place in the squad and the team. Competition is high within the squad.

“It’s all about performance now and whoever performs will have the jersey for the following weekend and that’s the way it works.”

Gary Shanahan (foot) and Alan Murphy (foot) both picked up injuries against Drogheda United last week, forcing them to be substituted. Both players are ruled out of the North End game.