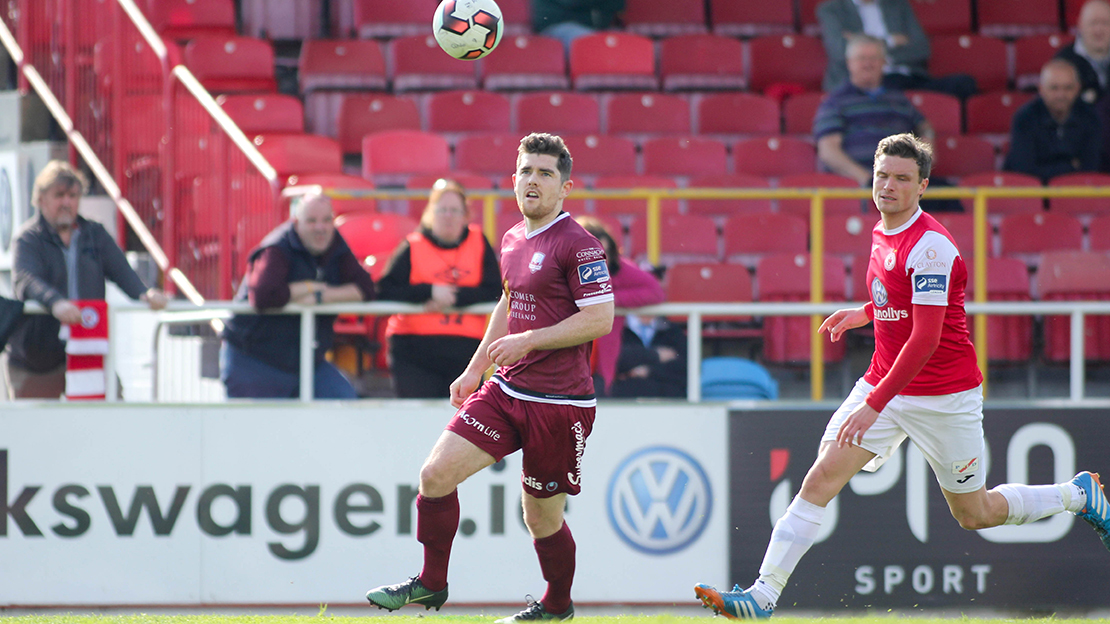 Galway United begin the second half of the season with a trip to the Showgrounds to face Sligo Rovers on Saturday. Kick-off: 7.45pm.

The sides have already met twice this season, with both matches ending in draws, however United progressed in to the semi-final of the EA SPORTS Cup after penalties were required at the Showgrounds.

United will look to end a disappointing run of form when they visit the Showgrounds on Saturday, having lost the last three league games before the mid-season break against Shamrock Rovers, Bohemians and Derry City.

SHANE KEEGAN ON “HUGE” CONNACHT DERBY
“The players are in good shape after the week away.

“We worked very hard on Monday and Tuesday and that set the tone for the week. Everybody is fit and raring to go. It’s a real big game to be diving back in to.

“Any game between the teams in the bottom six is going to be huge.

“We were disappointed with our results heading into the mid-season break but we felt we played well against Derry City. We gave ourselves too much of a mountain to climb and we can’t afford slow starts in games.”

TEAM NEWS
There are no injury concerns heading into the Connacht Derby, but Gavan Holohan and David Cawley will both miss out due to suspension.

Under-19 goalkeeper James Tierney will travel with the first team on Saturday also.