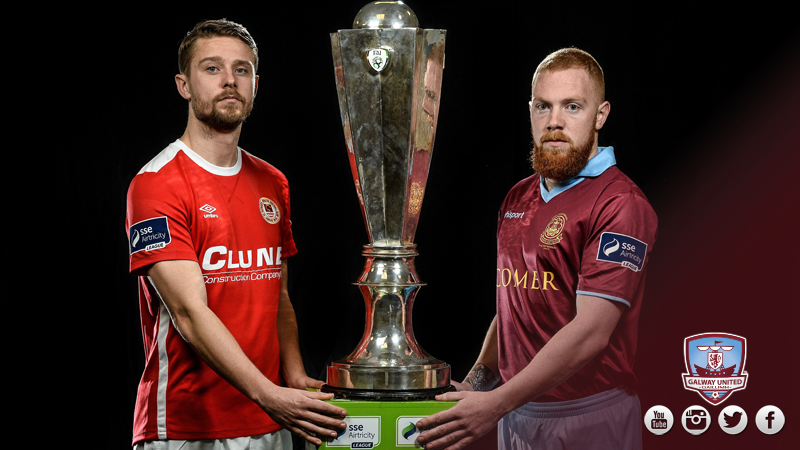 The Saints had the upper hand against United last season in the league, but Tommy Dunne is hopeful of improving on last years finish.

The Dubliner has assembled a squad of 27 players, adding 11 new faces to the group whilst also keeping the core of last seasons squad intact.

TOMMY DUNNE – “WE WILL BE GIVING IT EVERYTHING.”
“St Patrick’s Athletic will be one of the favourites. They’ve got stability with three of their back four being the same as last year. They’ve signed a lot of quality in the middle of the park in David Cawley and Graham Kelly. They’ve got a lot of strength in depth,” Dunne explained to www.galwayunitedfc.ie.

“Their front three, attacking wise, are as good as you’ll see in this country. Dennehy, Fagan and Byrne are all seasoned professionals. We’re under no illusions, it’s a tough start, but it’s the first game out and we’re eager to start well. We’ll be giving it everything and we know it’s an opportunity for us to get something on the board at a ground that a lot of people probably won’t this year.

“The squad that we have assembled and the numbers that we have is that bit better than last year. We brought in new players who I feel over the course of the season will add something. They’ll be more seasoned and conditioned to cope with the rigours and the competitiveness of the Premier Division.

“We’ve been back in pre-season training since the 11th of January. It’s a stint of roughly four months away from competitive games. We really want to get back into it and everybody is looking forward to it.

“We need to be more physical and aggressive this season. We need to make sure that when a team plays against us, they’re in a very competitive game and it’s difficult for them.” 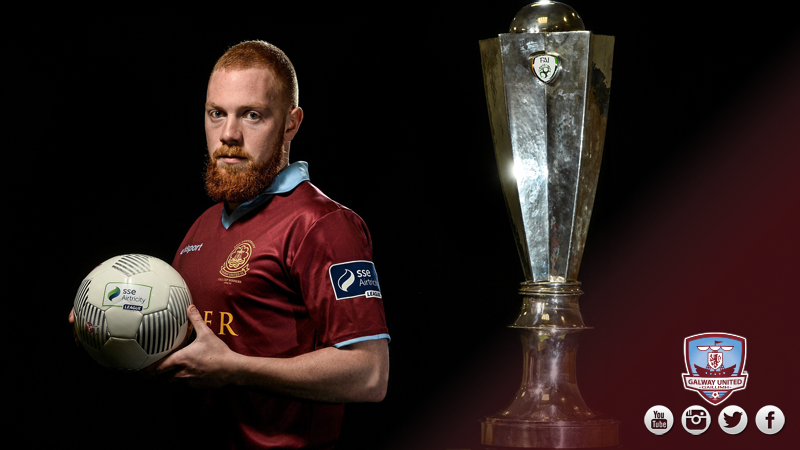 VINNY FAHERTY – “WE’RE ALL HOPING FOR A GOOD START.”
Galway United striker Vinny Faherty knows St Patrick’s Athletic and Richmond Park better than most. He had two spells with the Saints and he’s looking forward to returning to his former club with the Tribesmen.

“I played in a FAI Cup final and scored a few goals for the club, I’ve only got good things to say about my time there.

“However I’m delighted to be back with Galway and I’ll be doing my utmost to get a result on opening day.

“I don’t think Liam Buckley’s outlook will have changed too much since I played under him. He likes to play football, he likes his midfield trio to dictate the game. Pats have changed some players in the off-season but I don’t expect much different from them.

“The big one is on Friday now, we’re all looking forward to it and it will be interesting to see what team Tommy Dunne goes with. We have a lot of options.

“Tommy has stressed that we must start the season better and we had meetings about our plans for the season and certain aspects that we need to improve on.

“Since my last spell with Galway United, I’ve seen progression in all aspects of the club. The squad has changed and it’s definitely improved.

“We’re all hoping for good things and a strong start to the season.”

Alex Byrne (groin) has returned to full training, however he won’t be rushed back into the team. Over the coming weeks, Byrne will be eased back into competitive games.

Armin Aganovic (knee) underwent surgery today and it is hoped that he will return within a month.

Galway United have no suspensions.