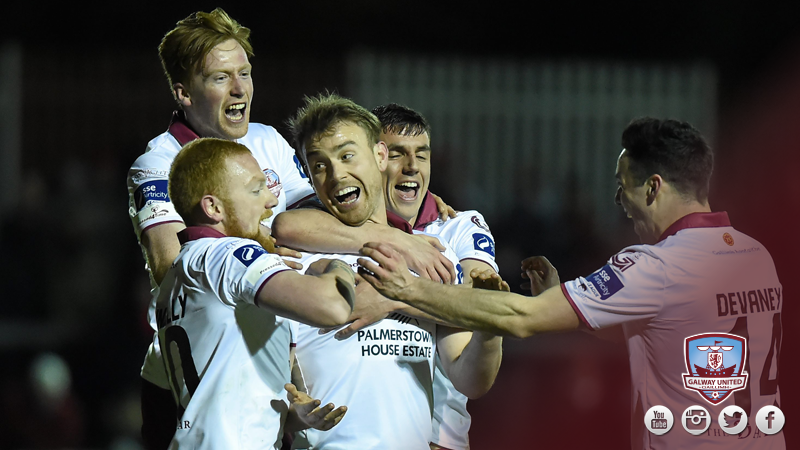 Galway United came from behind at Richmond Park on opening day to defeat St Patrick’s Athletic 3-1.

Saints hitman Christy Fagan broke the deadlock for the home side two minutes into the second half when he got on the end of Billy Dennehy’s in-swinging cross.

The goal seemed to spark United into life and Vinny Faherty struck back against his former club. He rolled a challenge from Sean Hoare before carrying possession along the byline and squeezing the ball into the back of the net.

The travelling United supporters were in dreamland in the 83rd minute when John Sullivan managed to lose his marker and Ryan Connolly provided the precise free-kick. Sullivan rose high, heading powerfully into the bottom corner past Brendan Clarke.

The result was confirmed in injury time when United caught St Patrick’s Athletic on the break. The ball was fed to Enda Curran on the left flank, he stepped inside a challenge before curling the ball beautifully into the far corner. 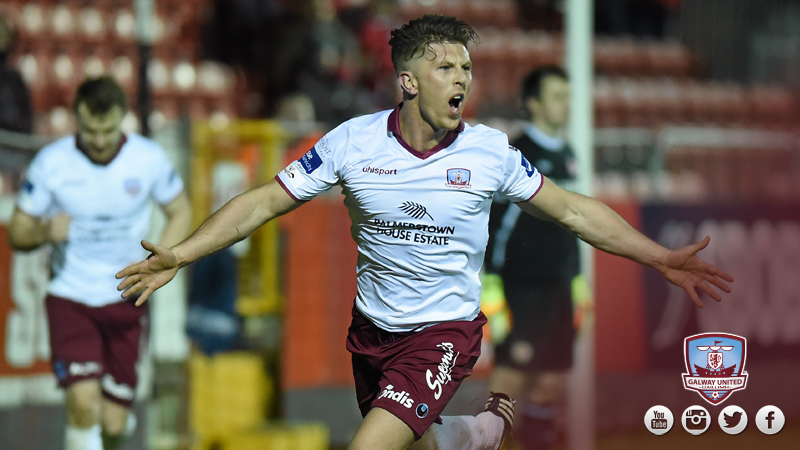 Tommy Dunne’s side made a bright start at Richmond Park but Pats gradually grew into the contest.

Gary Shanahan played Vinny Faherty through and he tried to tee-up fellow striker partner Ruairi Keating but he slipped at the crucial moment and Keating failed to connect with the ball.

Billy Dennehy responded for St Pats and he gave United supporters a nervous moment when he curled a low free-kick just outside of the post from 25 yards.

David Cawley and Conan Byrne both saw hopeful efforts from range clear Conor Winn’s crossbar and the sides went in scoreless at half-time.

St Patrick’s Athletic wingers Billy Dennehy and Conan Byrne switched wings early in the second half and the change paid dividends when Dennehy got onto his favoured left foot on the right wing, he had time and space and he curled a deep cross into United’s box. Pats striker Christy Fagan was perfectly placed to glance the ball home from close range.

United heads didn’t drop however and Vinny Faherty drew the Tribesmen level just moments before the hour mark. His hustle and bustle caused Sean Hoare problems, Faherty turned the centre-back before making a beeline for goal and he managed to squeeze the ball past Saints goalkeeper Brendan Clarke.

Enda Curran was introduced late in the first half, replacing Ruairi Keating, and the striker linked up superbly with John Sullivan, chesting the ball down but the central midfielder shot straight at Brendan Clarke who collected easily. 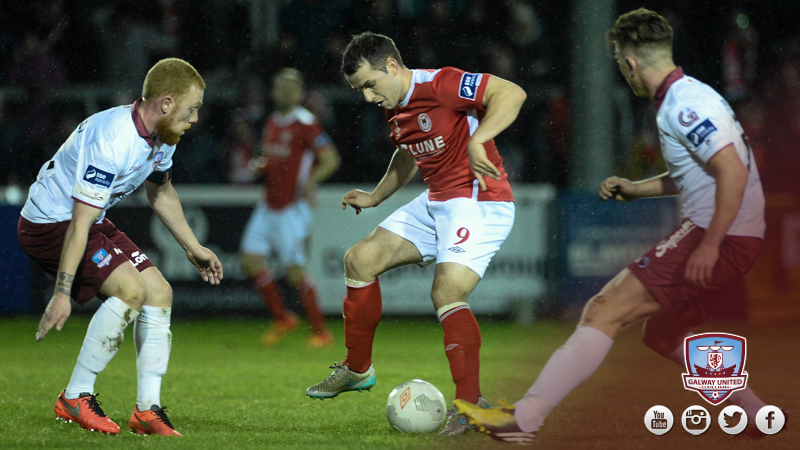 A key moment in the game occurred in the 76th minute when the score was still 1-1. Christy Fagan looked certain to score after the ball was played behind United’s defence, but somehow, Conor Winn scrambled across his goal and he spread himself brilliantly to push the ball out for a corner kick.

Winn’s tremendous save provided United with a platform to go and win the game and in the 83rd minute, John Sullivan stunned Richmond Park. Ryan Connolly located Sullivan with a pin-point free-kick and he rose unopposed in the box to head United into the lead.

St Patrick’s Athletic flooded forward in search of an equaliser and they were caught with a ruthless counter-attack. Enda Curran put that gloss on an impressive performance when he raided forward from the left flank before cutting inside on his right foot and curling the ball around Brendan Clarke into the far corner.