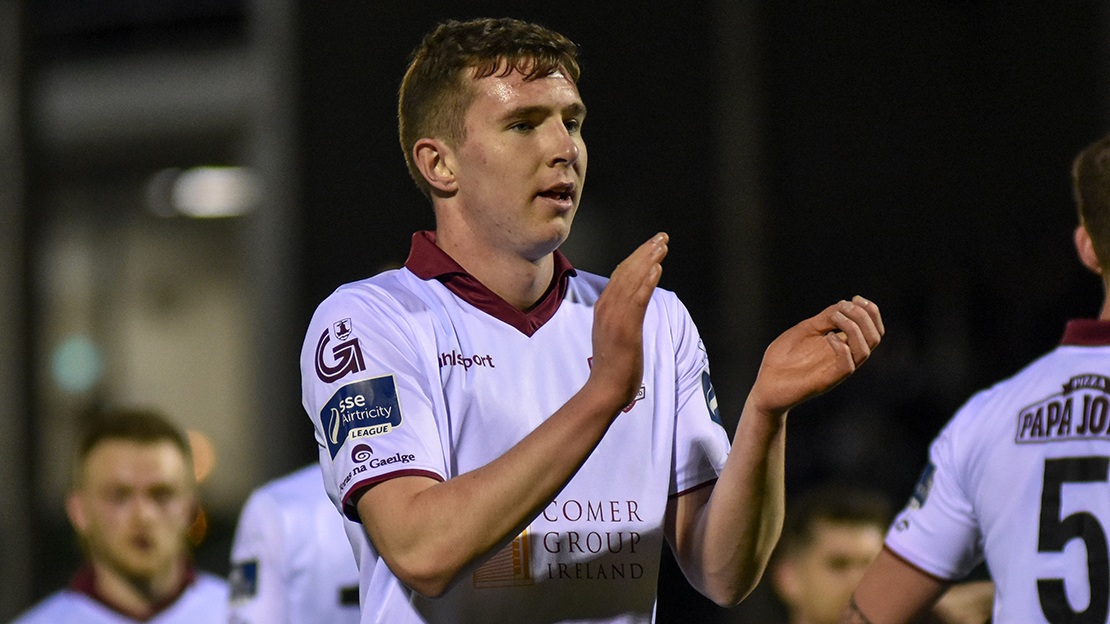 A vastly improved second half performance saw Shane Keegan’s United side come from behind to earn a point at Dalymount Park on Friday night, but it very much felt like two points dropped, after the number of chances that were created in the second period.

Conor Winn had to be quick off his line five minutes in when Patrick Kavanagh almost played in Dinny Corcoran who had beaten the offside trap.

A mix-up between Stephen Folan and Conor Winn from a Lorcan Fitzgerald cross resulted in neither managing to connect with it properly, but Marc Ludden was able to head it away at the back post. Derek Pender and Fuad Sule both had chances to test Conor Winn in the following minutes but neither were on target.

Just after the quarter-hour, Bohs hit the front. Lorcan Fitzgerald played the ball up the left for Keith Ward who jinked left and right before trying to find Dinny Corcoran in the box. Stephen Folan was there to cut it out, but his attempted clearance only went as far as the edge of the box, where it was met by the arriving Patrick Kavanagh, who headed low into the far right corner.

Kavanagh and Pender played a one-two, giving the latter space to shoot from an angle in the box, but his effort was wide of Winn’s far post.

On 26 minutes, Bohs struggled to deal with a Marc Ludden free kick from deep that was floated into the box. Shane Supple got a hand to it under pressure from Stephen Folan, but it dropped for Rory Hale in the area, whose shot cleared the crossbar.

A one-two between Alex Byrne and Gavan Holohan gave the latter enough space to attempt a cross onto the head of the lurking Eoin McCormack, but a deflection off Rob Cornwall saw it loop over Shane Supple towards the far corner but it was just the wrong side of the post.

Early in the second half, the Gypsies spurned a chance to go two goals to the good. The hosts broke down the right from a United corner and Patrick Kavanagh with men over, attempted to square it to Keith Ward in the box, but David Cawley was able to get a touch to it and the Tribesmen were able to eventually clear.

With just under 20 minutes to go Padraic Cunningham was introduced and he made an immediate impact.

Marc Ludden launched a free-kick forward from the halfway, which fell to Gavan Holohan in the box. The midfielder was forced away from goal, but he then turned Oscar Brennan before crossing from the end line to put it on the head of Cunningham, who nodded home at the near post from six yards with his first touch.

Cunningham had another chance five minutes later when Devaney put him through up the middle, but his effort under pressure was pushed away by Supple.

Paul Sinnott played a great ball over the Bohs defence for Ronan Murray, who squared for it Cunningham, but his shot from right on top of the penalty spot flew over the bar.

Two minutes from the end a battling David Cawley won the ball from Warren O’Hora, rolling it into the path of Gavan Holohan who unleashed a shot into the corner from 25 yards that Shane Supple somehow pushed around the post.

At the death, in injury time, Marc Ludden crossed dangerously across the goal with Padraic Cunningham lurking, but was just short of making a connection.