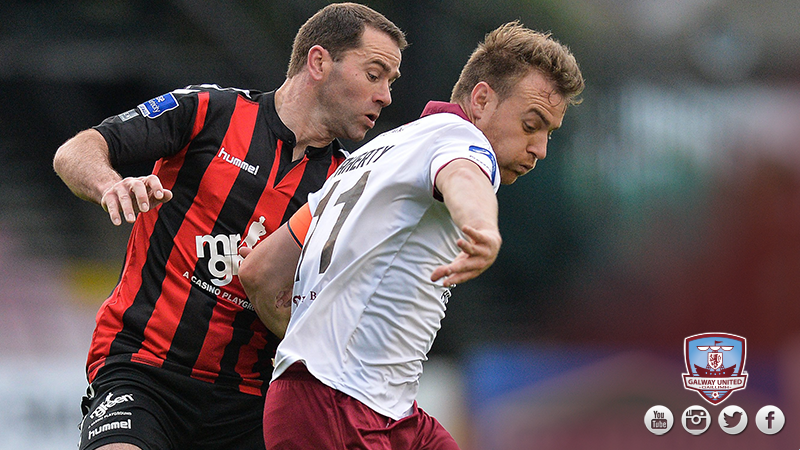 Galway United returned to cup action tonight at Dalymount Park, but it was the hosts Bohemians who were the victors in the only all-Premier Division tie of the FAI Cup Second Round.

United manager Tommy Dunne made two changes to the starting eleven that defeated Bray Wanderers, with John Sullivan returning from suspension and Kilian Cantwell slotting in at the back.

Just ten minutes in, Paddy Kavanagh took advantage of slack defending when an Ayman Ben Mohamed cross was missed by Akinade, before firing past Conor Winn into the corner to open the scoring.

Winn got down well a few minutes later to deny Kavanagh a second from a free, when he pushed his shot away for a corner.

Jake Kelly provided goalscorer Paddy Kavanagh with another chance to double the lead with his back post cross, but he sent his header over the bar under pressure.

United’s first chance of note came 24 minutes in, when Gary Shanahan crossed to Vinny Faherty, who turned and shot, but his effort was blocked down. Alex Byrne made a crucial challenge on Ismahil Akinade, just as the Bohemians’ striker was about to pull the trigger, getting a toe poke to the ball just at the right moment. Kevin Devaney was also on hand to clear off the line. 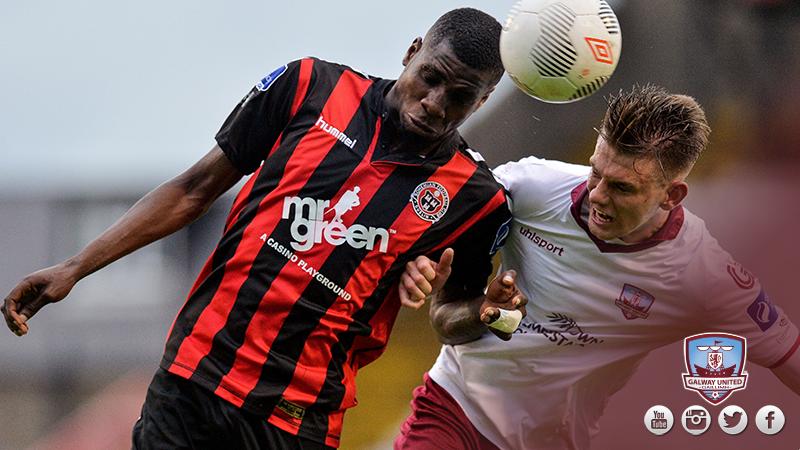 Eric Foley had an attempt on goal when the ball sat up nicely for him, striking it well on the volley, but his effort was just too high.

In the second half, Eric Foley received a booking for fouling to prevent a Bohs counter attack, after Colm Horgan took a quick free-kick and gave possession away carelessly.

On 56 minutes, Bohemians were awarded a penalty after Gary Shanahan upended Ben Mohamed after being sent through by Eoin Wearen. Mark Quigley took the resulting spot kick, placing it in the corner in the opposite direction to Winn’s dive, to double the hosts’ advantage.

Halfway through the second half John Sullivan found himself at the end of a good United move, but his shot was straight into the arms of Dean Delany.

Gary Shanahan almost pulled a goal back for the Tribesmen, but Akinade was on the line to head clear.

With ten minutes to go, Eoin Wearen played Ben Mohamed through, but Conor Winn denied the striker with an outstretched foot.

The Tribesmens’ will now look to put tonight’s disappoint performance behind them and turn their attentions to the league clash with Connaught neighbours Sligo Rovers at Eamonn Deacy Park on Sunday week, 29th May. Kick-off: 3pm.