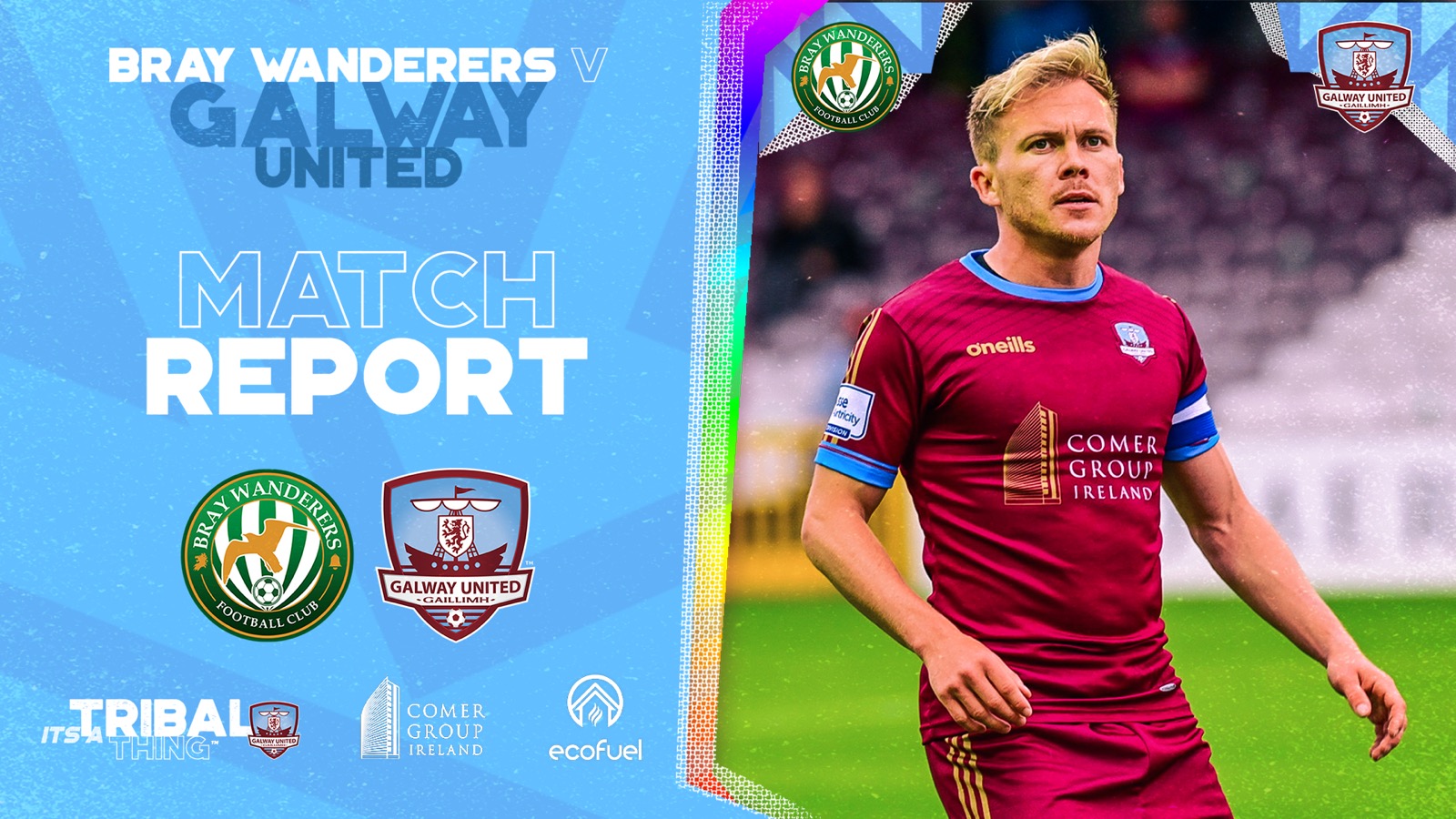 “There has been a massive improvement in us in the last five or six weeks and we need to keep that going.” – John Caulfield, Manager

Galway United draw 0-0 with Bray Wanderers at the Carlisle Grounds.

It was a scorching day on the east coast of Wicklow as United started brightly at the Carlisle Grounds. Mikey Place sent Wilson Waweru in behind the Bray Wanderers defence in the opening few minutes but the striker’s attempt was well saved by Brian Maher.

The Tribesmen looked dangerous in the early exchanges with further chances falling to the away side, but it remained scoreless after the first quarter.

Bray, who grew into the game, almost took the lead in the 17th minute after a poor back pass led to Dylan Barnett going one on one with Conor Kearns. United’s keeper did superbly to stand his ground and saved at his near post to prevent the home team from going in front.

United continued to press the Bray backline and looked lively every time they attacked. The second clear-cut chance for the Tribesmen fell to Ruairi Keating midway through the first period. The striker latched onto a Waweru pass in the area but his strike hit the post with Maher beaten.

John Caulfield’s outfit maintained the pressure before the break but it remained scoreless at the interval.

It was a scrappier opening to the second half as both sides created little guilt edge opportunities in the first ten minutes.

David Hurley almost produced a moment of brilliance from a free-kick in the 57th minute but his effort flashed wide of Maher’s post.

The match was finely poised as the minutes ticked by, with both defences on top coming into the latter stages of the contest.

The game opened up in the final few minutes as United pushed for the winner. Keating raced through the opposition defenders in the 90th minute but his attempt hit the side netting from a tight angle.

Keating once again almost brought all three points home to the west with a deflected strike from outside the box but Maher made the save to keep affairs level in Bray.

“We started the match really well and had a number of chances throughout the game. I thought our performance was good and defensively we were very solid again.

“When you come to Bray and get five clear-cut chances and don’t take them, it can be frustrating. But there has been a massive improvement in us in the last five or six weeks and we need to keep that going. This group of players have been outstanding and I am very proud of them.

“We are still taking it game by game, it is a very competitive league. There are still a lot of teams that can make the play-offs and Bray are one of those.

“Tonight was a bit disappointing as I felt we had chances to win the match but our next league game is away to Wexford and we need to be ready for that.”

Our next First Division game is away to Wexford FC on July 30th.