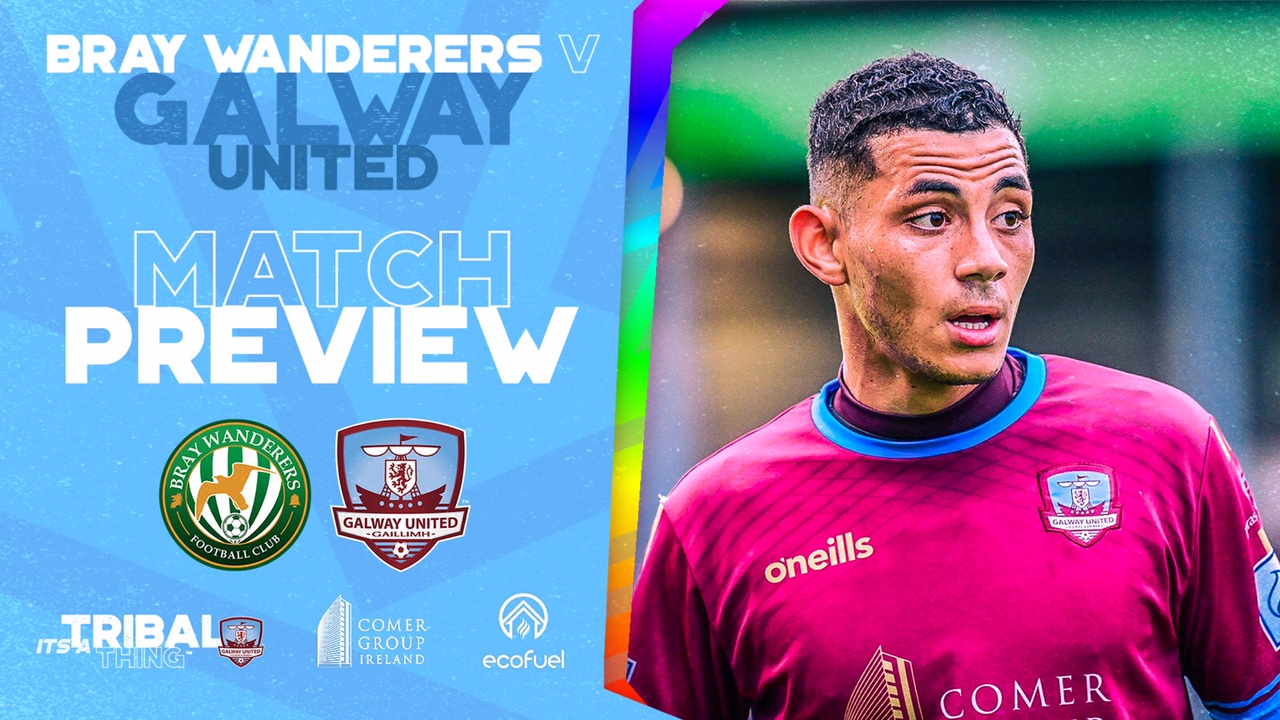 “We have a bit of confidence at the moment but the most important thing is to take it one game at a time.” – John Caulfield, Manager

Galway United travel to the Carlisle Grounds on Friday to face Bray Wanderers at 7.30pm.

John Caulfield’s side aim to make it six wins on the bounce this week on the east coast of Wicklow. United defeated Cobh Ramblers 2-0 at Eamonn Deacy Park last Friday thanks to goals in either half from Ruairi Keating and Wilson Waweru. The Tribesmen remain in second place on the table, nine points behind table-toppers Shelbourne.

This week’s opposition Bray Wanderers sit in fifth position in the First Division, six points behind United. Gary Cronin’s outfit drew 2-2 with Cork City at Turner’s Cross in their most recent fixture.

United manager John Caulfield is expecting another tough challenge at the Carlisle Grounds on Friday evening.

“Bray have been challenging over the last two seasons so we will have to be on our game,” Caulfield told the club’s media team.

“If you don’t start the game well it is very difficult to get a result in this league. Bray have turned a corner, a bit like ourselves; they also have established players.

“We have a bit of confidence at the moment but the most important thing is to take it one game at a time. There are new challenges each week so we have to keep to that level all of the time.”

Stephen Christopher and Michael Garrihy have departed the club.