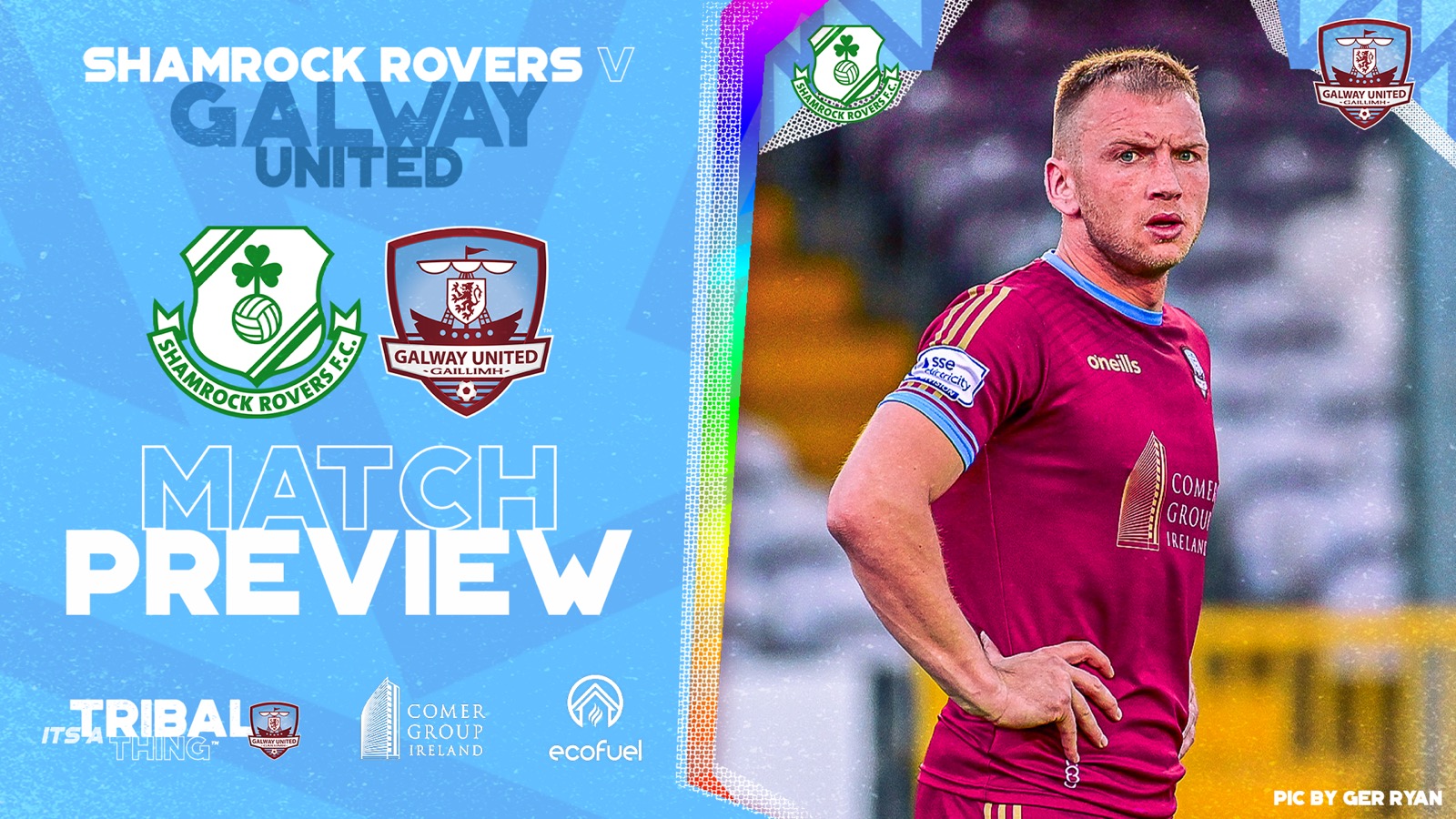 “We will give everything and have a go but it will be a real challenge against the top club in the country.” – John Caulfield, Manager

Galway United face Shamrock Rovers in the First Round of the FAI Cup at Tallaght Stadium this Friday with kick-off at 8.00pm.

United travel to the Premier Division champions this week to play 25-time FAI Cup winners Shamrock Rovers in the First Round of this year’s competition.

The clubs have faced each other on four occasions in the FAI Cup. The first tie between the two sides came in the 1985 FAI Cup final when Rovers beat United 1-0 at Dalymount Park. United’s most historic triumph over the Hoops came 30 years ago when they defeated Rovers 1-0 in the 1991 FAI Cup final at Lansdowne Road.

The 2019 FAI Cup winners are currently first in the Premier Division while the Tribesmen remain in second place on the First Division table.

United manager John Caulfield is urging his players to enjoy the occasion at Tallaght Stadium on Friday night.

“We look forward to this week’s cup game, Rovers are a top club,” Caulfield told the club’s media team.

“It is going to be a different level. We will go there to work hard and do our best. We will enjoy the occasion and it will be good for the lads to see the difference in standards between the two divisions.

“We will give everything and have a go but it will be a real challenge against the top club in the country.”

Carlton Ubaezuonu, Killian Brouder, Conor O’Keeffe, Shane Doherty and David Hurley are out of this week’s game due to injuries.

Conor McCormack will also miss this week’s fixture due to suspension.

The game will be live-streamed on the new LOITV platform. This FAI Cup match is not included in the Season Pass and can be purchased for €5 on the website.