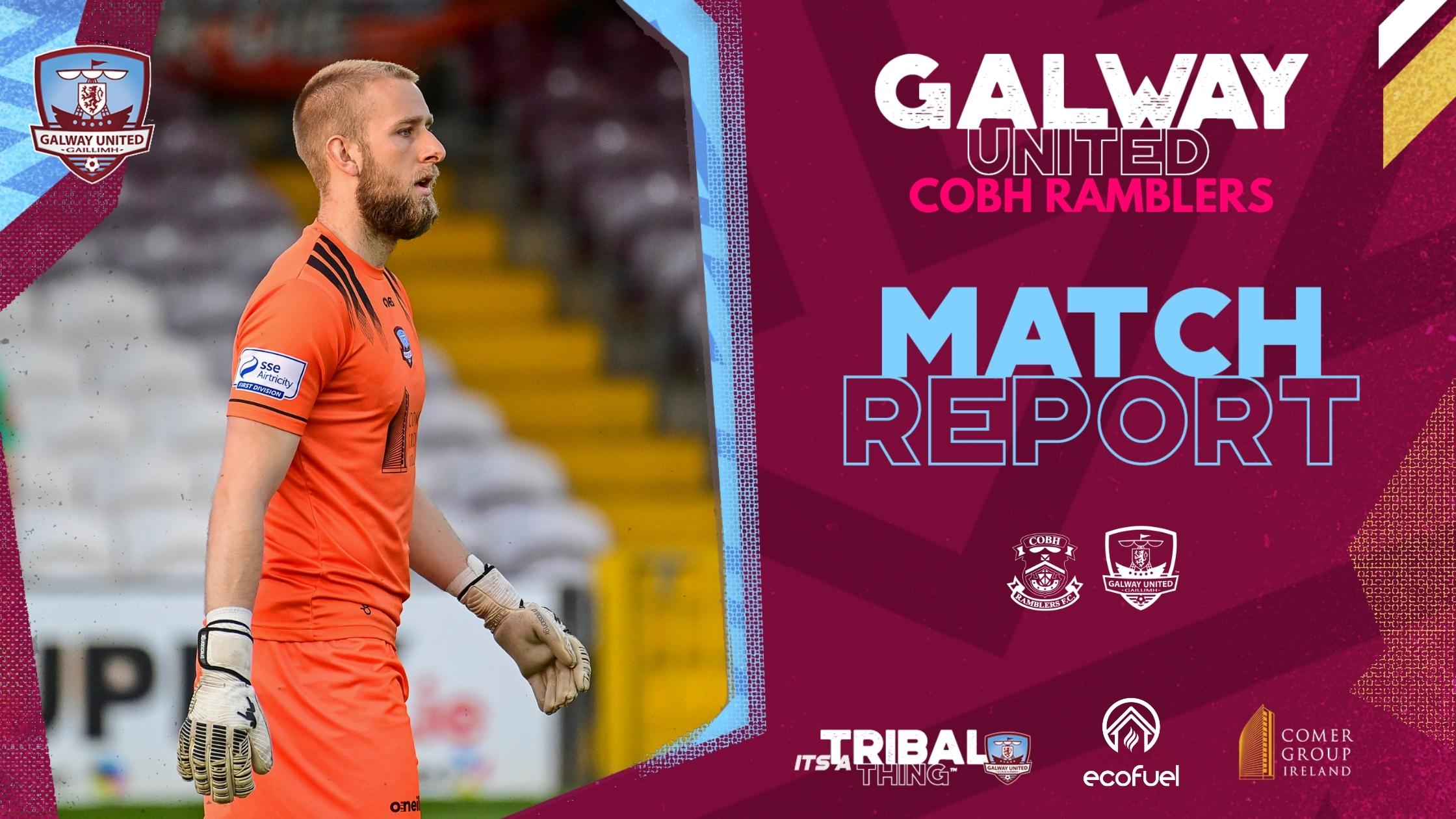 “We want to create chances and score goals. We want to be an exciting team so it’s great to see the lads make that impact tonight.” – John Caulfield, Manager

It was an evenly contested opening ten minutes, with both sides settling into the game.

United had the first opportunity of the match in the 13th minute. Former Ramblers man David Hurley slid a delicate pass into Shane Duggan and the midfielder found Mikey Place at the back post, but the attacker was unable to get a connection on his attempted volley.

A few minutes later, Stephen Walsh almost put United in front from a Conor McCormack corner but Sean Barron made a fantastic save to stop the defender’s header.

The Tribesmen continued to put pressure on the Cobh backline as they searched for the opening goal, which came in the 19th minute.

McCormack lofted a free-kick into the opposition penalty area which the Cobh defence were unable to deal with. The ball was headed goalwards by Ruairi Keating but his effort was stopped on the goal line by the hand of Charlie Lyons, who prevented a certain goal. Lyons was subsequently sent off by referee Gavin Colfer and a penalty awarded to United.

Keating took the resulting penalty and made no mistake from 12 yards as he struck it past Barron to give the away side the advantage.

The extra man was paying dividends for United as they began to take control of the game.

A further half-chance fell to Keating midway through the first period but ten men Cobh weathered the United storm to go into the break just one down.

The home side got the game back underway in the second period.

United were keen to take advantage of the extra man as they searched for the second goal early on in the half.

Place sent Keating in behind in the 56th minute and the attacker tried to catch Barron out at his near post but the Cobh shot-stopper did well to stop his strike.

Cobh fought back, as they chased for an equaliser. Half-chances fell for the Rams outside the box but they were unable to test Conor Kearns.

Substitute Padraic Cunningham made an immediate impact in the 70th minute. The striker took on Naythan Coleman in the penalty area and was taken down by the Cobh defender. Another penalty awarded to United.

Keating stepped up to the penalty spot once again and duly converted to double United’s lead as he sent Barron the wrong way.

As Cobh pushed players forward, United began to find gaps in the home side’s defence. Cunningham, who looked lively since his introduction, got in behind the Cobh backline in the 79th minute and searched for a United player in the area. His low cross was put into his own net by John Kavanagh to make it 0-3 United.

It was an impressive finish to the game from the Tribesmen as they sealed victory with a fourth goal.

Substitute Carlton Ubaezuonu raced down the wing in the 91st minute and crossed a low ball into the box which fell at the feet of Mikie Rowe. Rowe jinked past Kavanagh and was taken down by the defender in the area, a third penalty awarded to United. Padraic Cunningham took the spot-kick and confidently sent Barron the wrong way to make it a resounding victory for the away side.

“It was great to come to Cobh, keep a clean-sheet and get the four goals.

“You could see that the team had a bit of confidence tonight and we played very well at times. It is always a difficult venue to come to and win, so we are very happy with that.

“We want to create chances and score goals. We want to be an exciting team so it’s great to see the lads make that impact tonight.

“You need players coming off the bench and making a difference. We saw Padraic Cunningham and Mikie Rowe come on and do that this evening.

“Hopefully, the goals and the victory will drive us on from now. We have an important game against Bray next week.”

Our next First Division game is home to Bray Wanderers on May 7th.