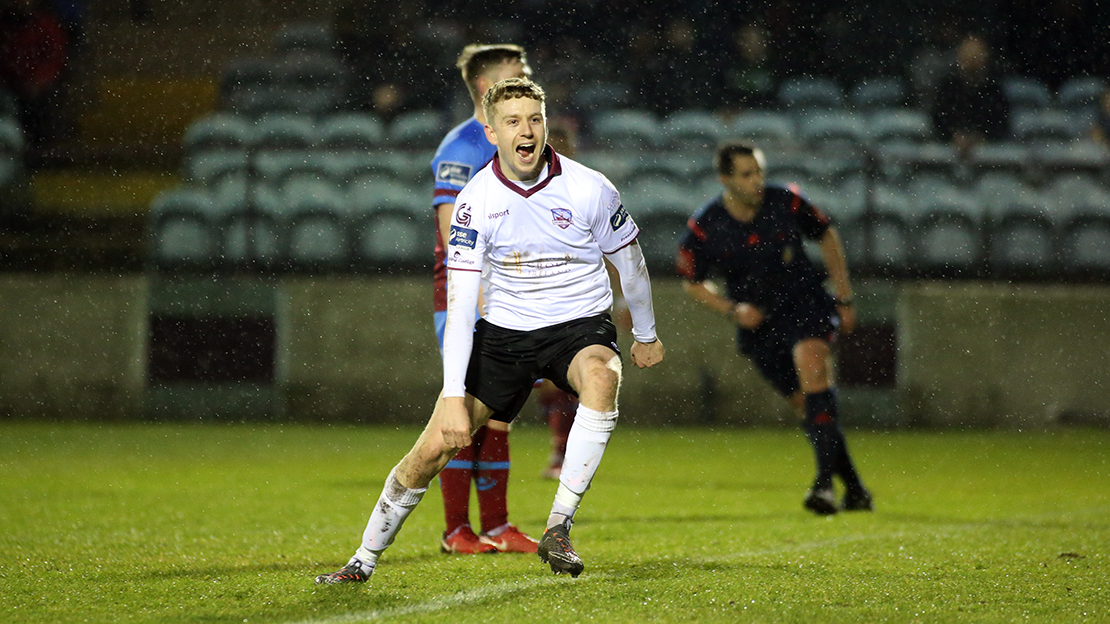 A first half Eoin McCormack brace put the Tribesmen two goals to the good at the interval before a comeback from the home side saw the spoils shared at United Park in Drogheda on Friday night.

Eoin McCormack was moved forward to lead the attack in the absence of Danny Furlong by Galway United manager Shane Keegan and he caused Drogheda problems from the outset. Alan Murphy’s through ball up the middle appeared to have set McCormack free at the edge of the box but Ciaran Kelly got across excellently to cut out the danger. 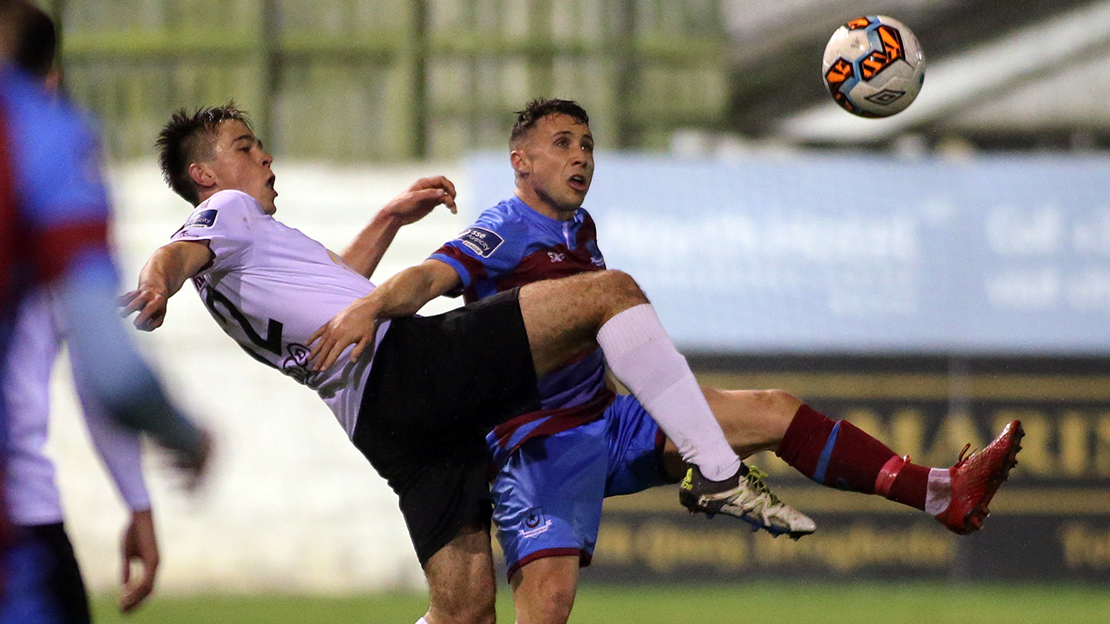 Alan Murphy, who was making his first league start since his return for the Tribesmen, had a chance of his own soon after. Marc Ludden floated a long throw into the box, which Murphy connected with but he was unable to keep his header down from about 10 yards.

Stephen Kenny turned Conor Kane in the box before unleashing a left-footed shot into the far corner which had Paul Skinner beaten. It came back off the post to the arriving Conor Barry, who put the ball across goal into the path of Ryan Connolly at the far post, but Ciaran Kelly somehow managed to get there in time.

Before the half-hour mark it was Galway United’s turn to clear it off the line. Lloyd Buckley arrived late at the back post to meet Kealan Dillon’s corner, but his header was cleared off the line by Marc Ludden. 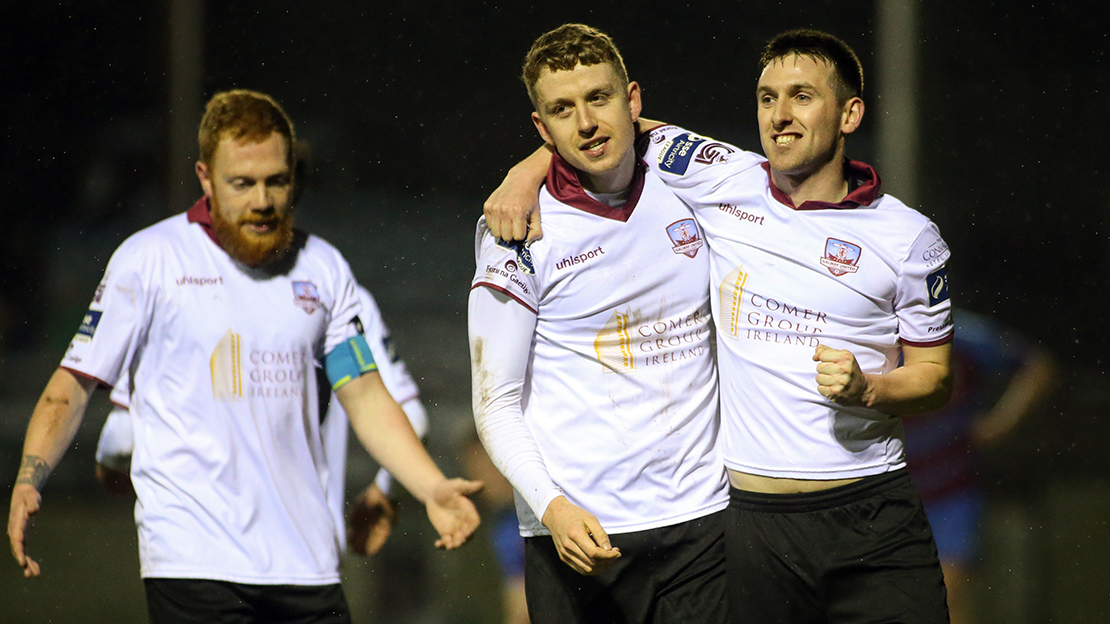 Seven minutes from the break, the deadlock was broken. Eoin McCormack spread the ball out left to Marc Ludden, who quickly set himself and found Ryan Connolly in the box. The midfielder bought himself a yard on Luke Gallagher before leaving it to the arriving McCormack who was there to apply the finish, which took a large deflection off Ciaran Kelly into the opposite corner.

Exactly three minutes later, McCormack made it two. Alex Byrne laid it to Conor Barry near the halfway, who cut outside to the left before releasing Ryan Connolly ahead of him. The midfielder’s first time cross on his left took one bounce before Eoin McCormack expertly dinked it over the head of Paul Skinner on the half volley with a deft finish.

Chris Lyons and Kevin Farragher fired warning shots early in the second half before Drogs pulled one back on 59 minutes. A long throw was allowed to drop in the box and make its way to the back post where Mark Doyle stroked it into the corner. 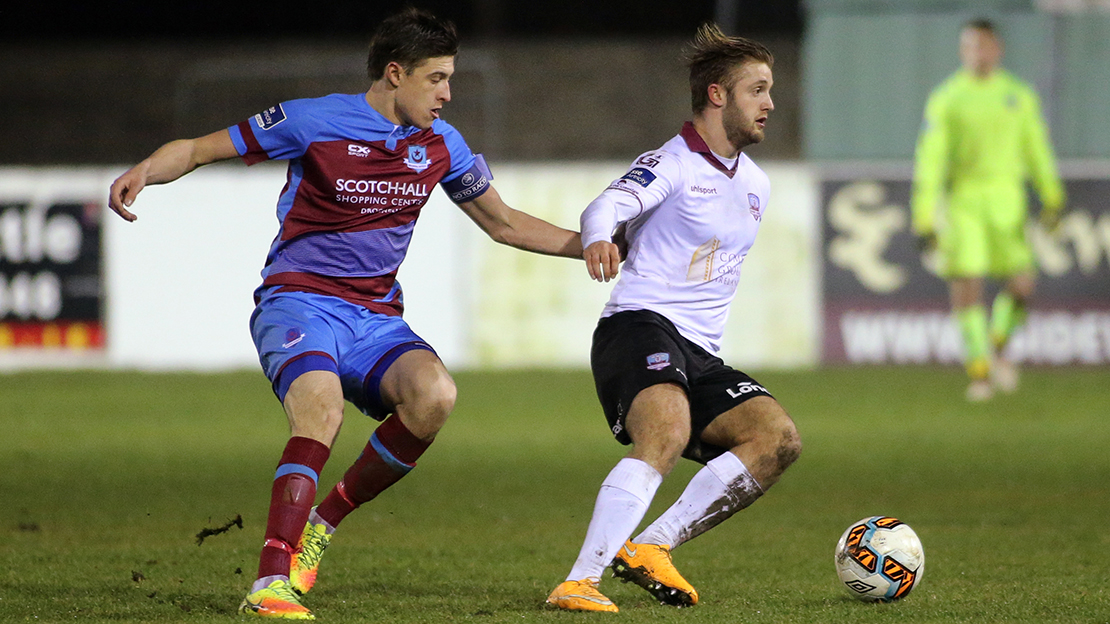 A Ryan Connolly free kick from deep caused problems as Colm Deasy’s attempt at a headed clearance looped backwards and forced Skinner to tip it over the bar. A Luke Rossiter free kick was met by the head of Ciaran Kelly, whose header came back off the post.

Fifteen minutes from time Colm Deasy was dismissed after receiving his second booking in five minutes, for a challenge on Stephen Kenny.

On 83 minutes Drogheda got their equaliser. A United clearance fell to Stephen Meaney outside the box before scooping the ball high over the defence for Luke Gallagher to stab home a volley.

Shane Keegan’s side pushed for a winner in the closing stages but 10-man Drogheda held firm to earn a share of spoils.

The Tribesmen now look ahead to Friday night when they take on Longford Town at Eamonn Deacy Park. Kick-off is at 7.45pm.