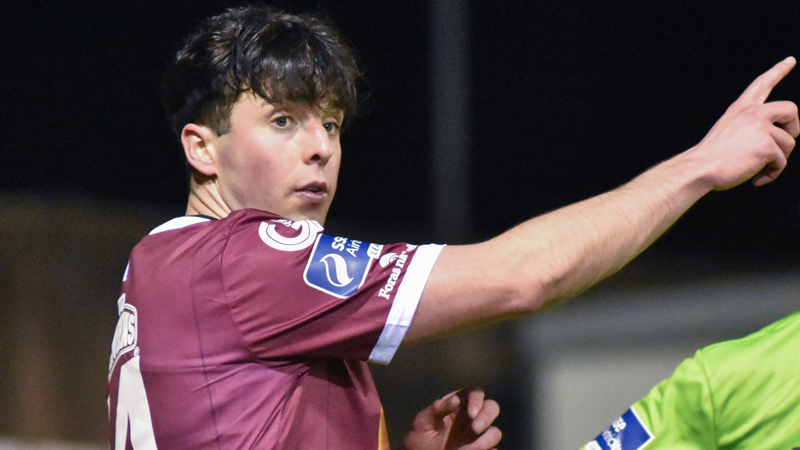 Galway United secured their first point of the 2017 season on Friday night, but they’ll feel frustrated that they didn’t depart Ballybofey armed with the three points after dominating the second half of the game.

United cracked the woodwork on three occasions and created chance after chance in the second half, but the hosts hung on to secure a point.

Harps started on the front foot, a clever corner routine saw Caolan McAleer teed up outside the box, he blasted towards goal through a crowded box, but David Cawley managed to sweep up the danger.

Marc Ludden delivered a deep free-kick from the left, United centre-half Lee Grace met the ball with a powerful header but he couldn’t keep it on target.

Finn Harps broke with the pace of McAleer and he attempted to shoot across Conor Winn, but the 6’6 goalkeeper got down to his right side to save.

Paddy McCourt played a big role in the opener at Finn Park, the former Celtic man saw a gap in United’s midfield and he threaded the ball through to Sean Houston, who smashed the ball into the bottom corner.

United should’ve drawn level when Ronan Murray rounded Ciaran Gallagher, but he was forced too wide of goal. The former Notts County man showed good awareness to square to Kevin Devaney, who’s rasping shot cannoned off the crossbar, the rebound fell to Gavan Holohan, who attempted an acrobatic effort, but it was straight at a thankful Ciaran Gallagher.

Vinny Faherty went within inches of levelling matters, but his reverse shot trickled inches wide of the post when a goal looked certain.

An equalising goal did arrive less than two minutes into the second half, Lee Grace played a long ball forward to Kevin Devaney and he took a sublime touch to take the ball away from the Finn Harps defender before tucking the ball home.

Ronan Murray then saw his inventive volley smash off the post with Ciaran Gallagher rooted to the spot.

With less than 20 minutes remaining, Devaney’s influence continued to grow and he created space for himself before rifling in another effort that demanded a save from Ciaran Gallagher.

Ronan Murray drew Ciaran Gallagher out of his goal and he tried to powerfully drive the ball into the near post but he blasted wide on his left foot.

Finn Harps almost punished United when Eddie D’sane was sent in behind United’s backline but Conor Winn raced from his goal and he made a crucial save.

Vinny Faherty was the next United player to hit the woodwork when he nodded Marc Ludden’s free-kick off the top of the crossbar.

Conor Winn had to be sharp in the final minute of injury-time to get a hand to a Finn Harps free-kick.

Both sides had to be content with a point each, although the hosts will be the happier of the two with the outcome of the game.