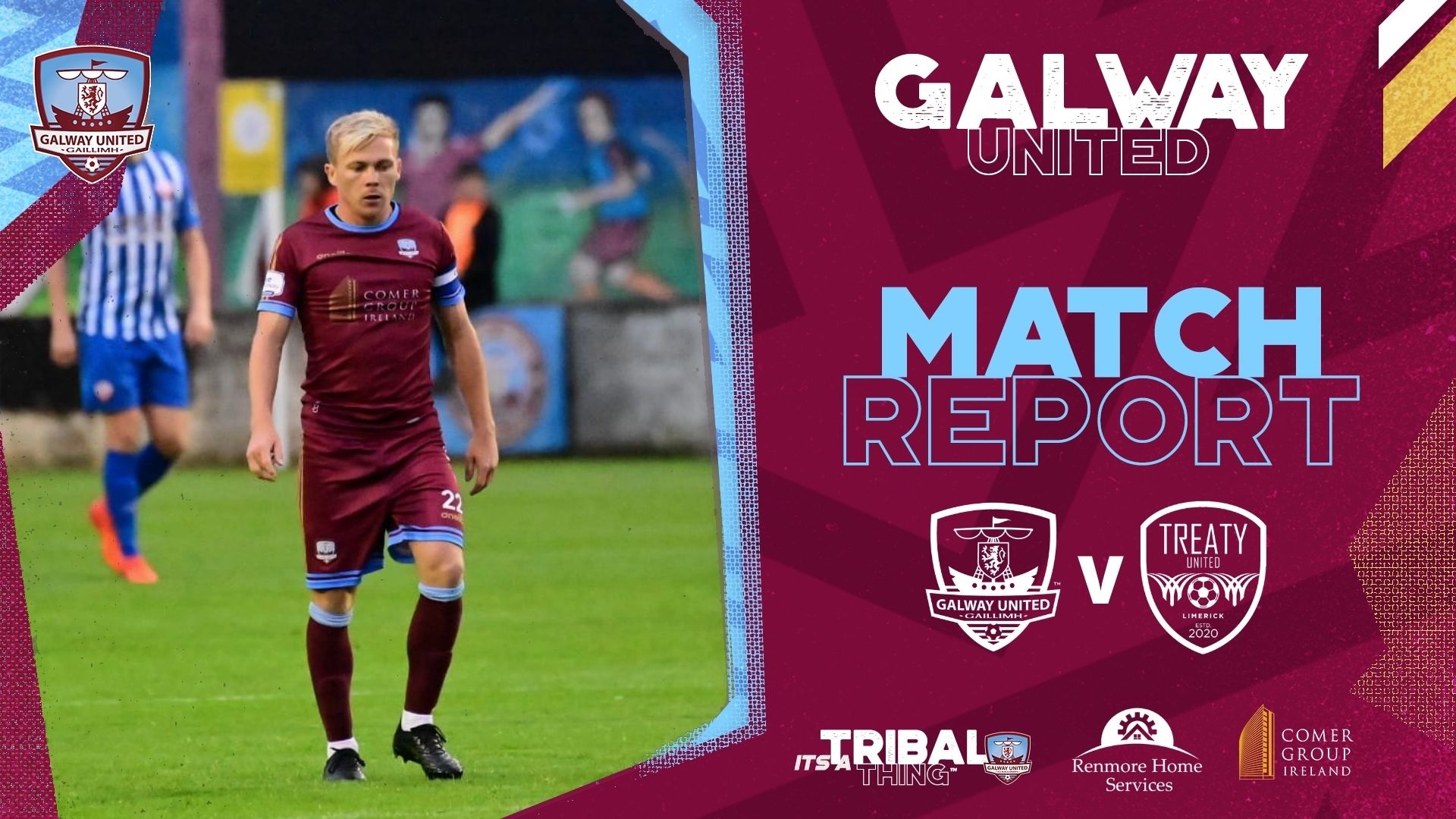 “It was a tough game against a strong Treaty team.” – John Caulfield, Manager

Galway United held to a 0-0 draw by Treaty United at Eamonn Deacy Park.

It was a cloudy and overcast evening on Corribside as both teams started the game with real intent, making it an end-to-end contest from early on.

Treaty had the first opportunity in the opening minute – Former United man Marc Ludden delivered a teasing ball into the United penalty area which fell to Kieran Hanlon but the striker couldn’t keep his attempt under the crossbar.

United looked dangerous in attack in the early exchanges with Ruairi Keating going close in the sixth minute when he unleashed a low strike from outside the box which went narrowly wide of Tadgh Ryan’s post.

The Tribesmen continued to search for the opening goal but were unable to break down a strong Treaty team. Wilson Waweru came inches away from giving the home side the lead in the 19th minute when he got on the end of a loose ball from a corner but a Treaty defender was on the line to clear the danger.

The game was a tight affair with both sides looking capable of breaking the deadlock. Treaty went close through Sean McSweeney midway through the half but he was unable to direct his header on target from close range.

Mikie Rowe, the goalscorer from last week’s victory over Cabinteely, started the match confidently and the attacker tested Ryan in the 32nd minute with a powerful strike after some good build-up play with Hurley down the right wing.

Gary Boylan also went close before the break when he almost wrong-footed Ryan with a long-range effort but it remained 0-0 at the interval in an entertaining first period; both outfits were unlucky not to hit the net in a frantic first 45 minutes.

It was a slower start to the second half with both teams putting in some heavy challenges. Treaty grew in confidence as they began to see more of the ball while United looked to break on the counter-attack.

United’s Luke Dennison was forced into making a close-range save from a corner in the 60th minute before Waweru was denied by the impressive Ryan from a point-blank header a couple of minutes later.

The game was on a knife-edge heading into the final 20 minutes. After a poor tackle on a United man, Marc Ludden was sent off after he received a second yellow in the 71st minute. The Limerick outfit down to 10 men for the final exchanges.

As tensions rose in Eamonn Deacy Park, the home side pushed for the winner as Treaty continued to defend resiliently as the clock ticked by.

Rowe tested Ryan with a smart effort inside the box but the former United keeper was up to the task once again. Substitute Shane Doherty also came close but Treaty continued to hold on for a valuable point.

Anthony O’Donnell almost snatched it at the end for Treaty from a corner but it remained 0-0 at the final whistle. Treaty United fans the happier as they held out for the draw after going down to 10 men.

“Overall, it was a tough game against a strong Treaty team; they have a lot of quality players. I thought we played very well and created good chances. We were probably not clinical enough at times but Tadgh made some fantastic saves.

“It was frustrating we didn’t get the goal but that can happen; it wasn’t from the effort or trying of the players. It was a fantastic atmosphere so it was disappointing not to win the match.

“We upped it in the second half, we looked like the team going to score but they were still dangerous on set-pieces. It was frustrating, just one of the nights where their keeper was probably man of the match. We now move onto UCD in two weeks time.”

Our next First Division game is home to UCD on September 24th.