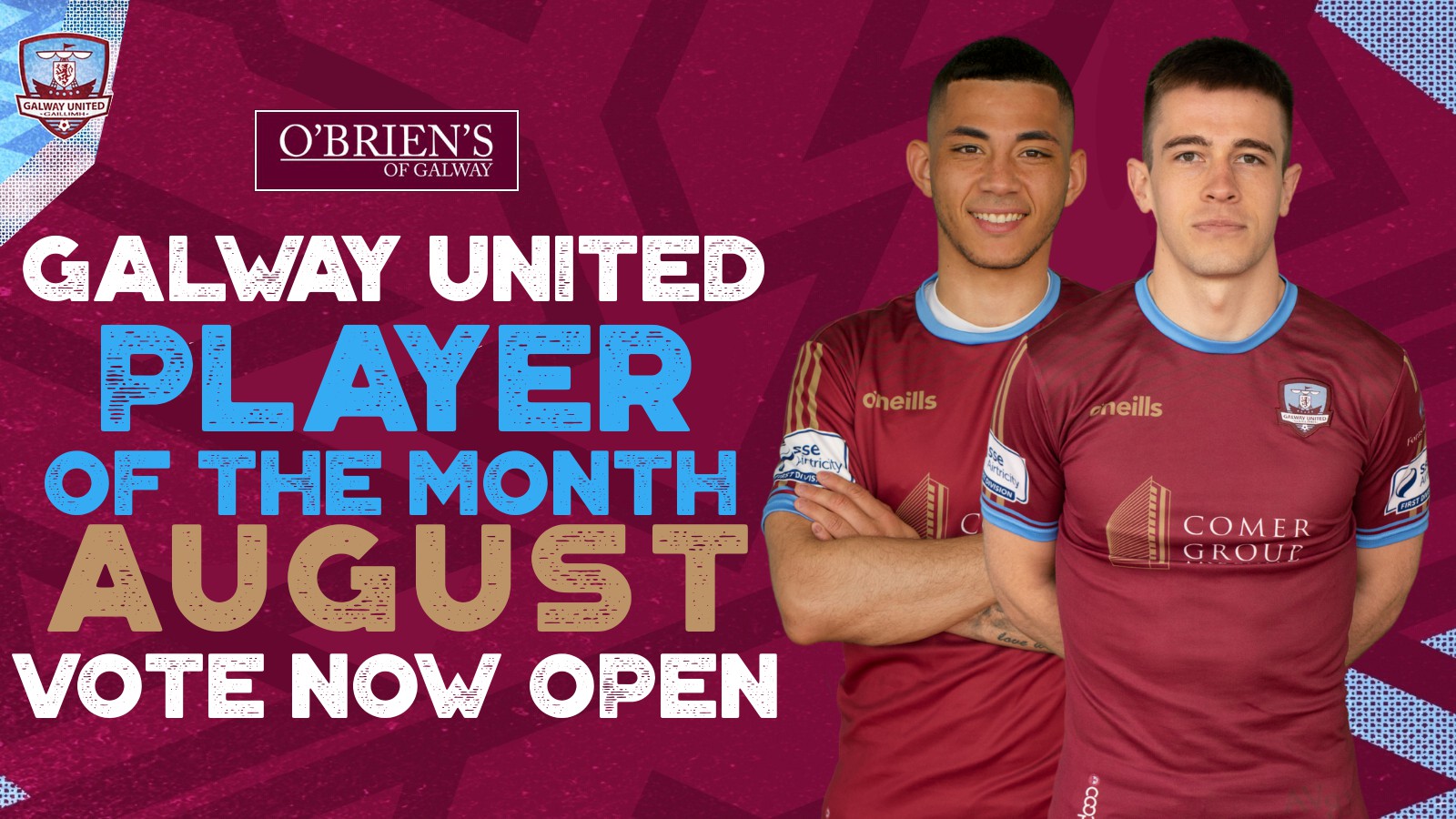 THIS POLL IS NOW CLOSED.

Supporters can now cast their vote for the O’Brien’s of Galway Galway United Player of the Month award for August.

Choose from the fifteen players that John Caulfield used this month.

Voting will close on Sunday, September 20th. The award will be presented at the home game vs UCD on September 24th.

The players are displayed below in random order.