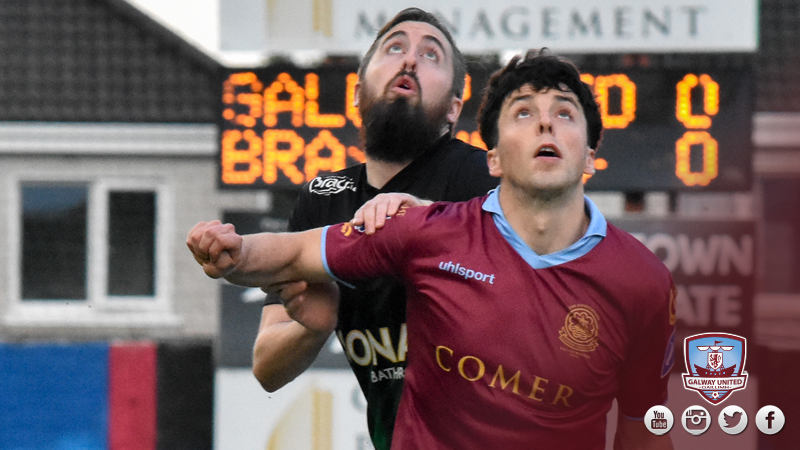 Goals at the end of both halves from Dylan Connolly and Chris Lyons secured the points for the Seagulls, who went unbeaten in eight games after leaving Galway with the three points.

A very scrappy first half contained little chances of note. Six minutes had elapsed when Marc Ludden crashed a header off the post after Colm Horgan set him up.

Debutant Sam Ramsbottom was forced into a full stretch save to deny former United midfielder John Sullivan, who rattled in a long-range piledriver.

Ramsbottom had to be alert to then push Ger Pender’s headed effort out for a corner after Hugh Douglas cushioned a header down to the striker.

In the 24th minute, Vinny Faherty was upended at the edge of the box by Alan Kehoe, referee James McKell let play continue and Kevin Devaney drilled a shot across goal that rolled harmlessly wide.

Bray Wanderers grabbed the opener on the stroke of half time. Stephen Folan’s miss-kicked backpass was short and Wanderers winger Dylan Connolly nipped in before coolly slotting past Sam Ramsbottom. 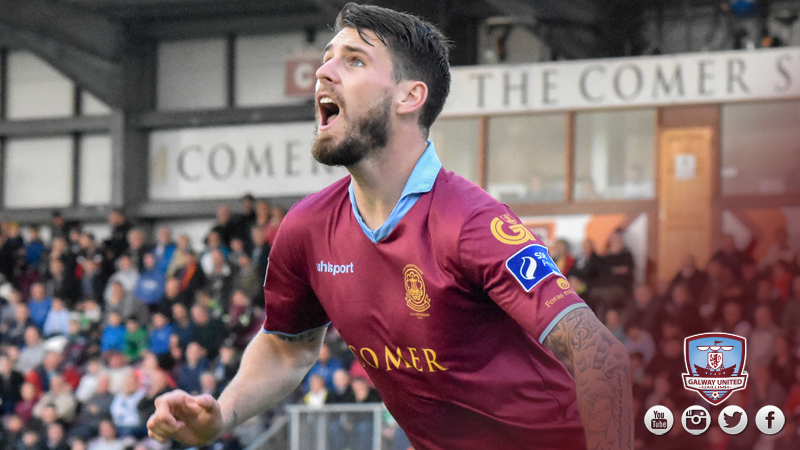 Bray Wanderers sat deep in the second half, inviting United on, but Tommy Dunne’s side could not find a way past a well organised, dogged defence.

Bray Wanderers netminder Peter Cherrie made a crucial fingertip save then, pushing Vinny Faherty’s goalbound effort out for a corner.

Cherrie denied Faherty once again moments later, Colm Horgan picked out United’s top scorer, who tried to head the ball back across goal but Cherrie anticipated his intentions and positioned to claim the ball.

Bray Wanderers grabbed a second goal on the break with their only chance of note in the second half. Substitutes combined, Gareth McDonagh crossed, Sam Ramsbottom got a hand to the ball but he couldn’t direct it away from goal and Chris Lyons was well placed to add the finishing touch.