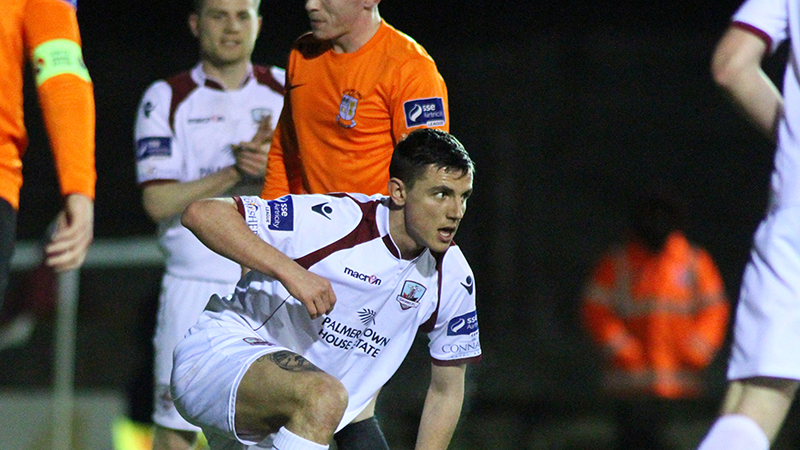 Former Athlone Town striker Enda Curran was in the right place at the right time, 15 minutes in to the contest to score the decisive goal on the night.

FIRST HALF
Athlone threatened from the off and former Limerick striker Garbhan Coughlan almost opened the scoring within two minutes when he pounced on a slip by Andy O’Connell but he blasted over the upright.

Ryan Connolly, continued in the number ten role for United and in the 7th minute he picked up the ball from 20 yards out and smashed an effort that drew a smart save out of Town’ keeper Dunican. 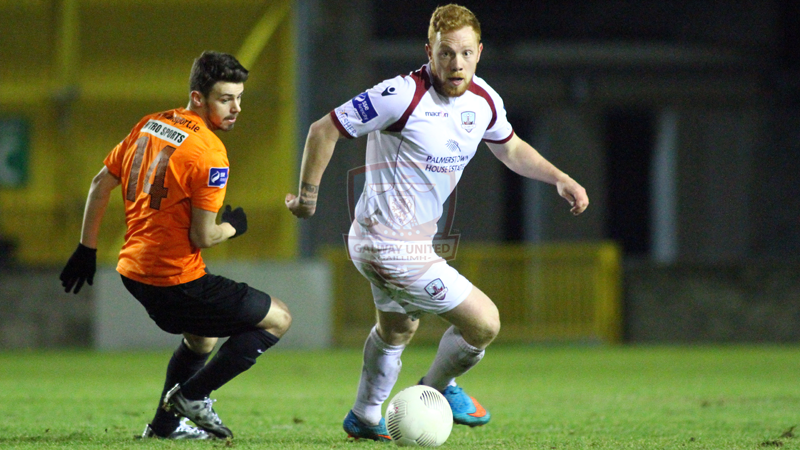 The deadlock was broken in the 15th minute when Enda Curran tapped home from close range after getting on the end of a near-post flick-on from a Jason Molloy corner kick.

Coughlan had two more attempts at goal for Athlone, dragging his volley wide in 23rd minute and in the 39th minute his shot lacked the power to really trouble Gleeson in the nets.

Three minutes before the interval Athlone Town keeper Dunican did well to get a strong hand to Ryan Connolly’s free kick from 20 yards.

SECOND HALF
In the 70th minute an Eric Foley corner was headed back out to the former Drogheda United midfielder and he unleashed a volley that flew just inches wide of the post. 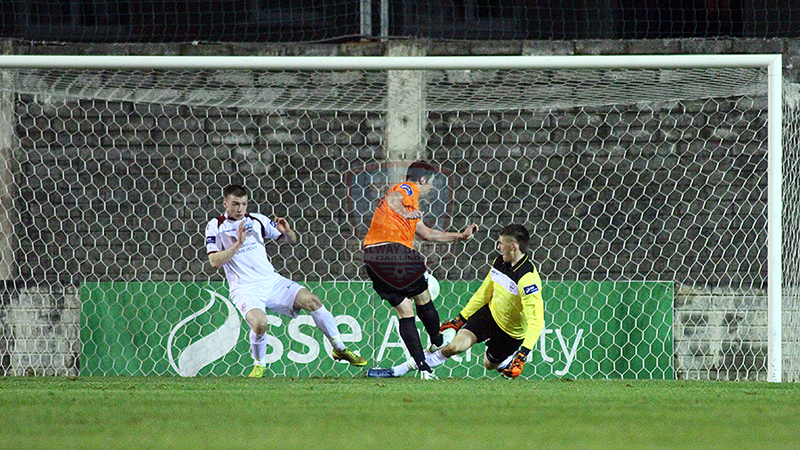 Coughlan was threatening for Athlone Town and in the 79th minute he headed just wide after meeting an Aidan Friel cross from the right.

Despite some expected late pressure from the visitors, United looked relatively comfortable and it finished 1-0 at Eamonn Deacy Park with Enda Curran scoring the decisive goal, his second in as many games.

Galway United’s next friendly game is against UCD at Fahy’s Field in Mervue on Saturday, February 28th. Kick off: 7.30pm.