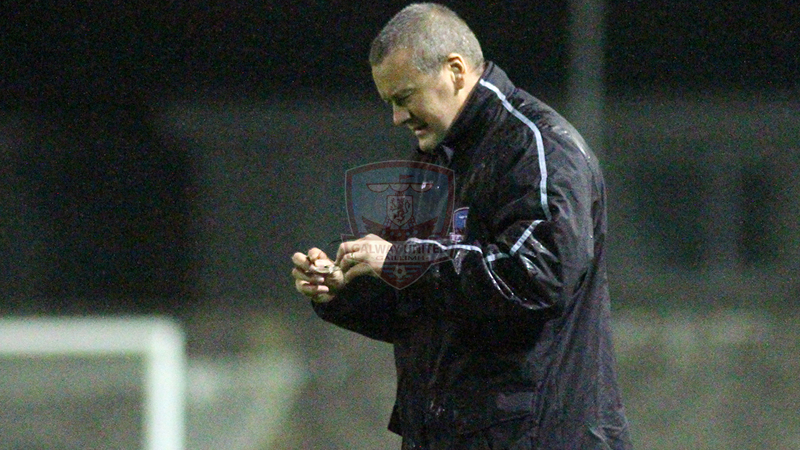 Galway United recorded a second successive pre-season win of the season with a 1-0 win against Athlone Town at Eamonn Deacy Park.

A well taken goal by Enda Curran in the fifteenth minute proved decisive.

www.galwayunitedfc.ie caught up with Tommy Dunne shortly after the game.

“It was a difficult test,” was the Dubliners assessment.

“Athlone Town provided us with a really good work out and from our point of view these are the types of games we want because it highlighted a few things that we need to work on.

“We’re a bit off where we need to be at the moment,” Dunne added.

“Andy O’Connell made his debut tonight, we had a few missing, Colm Horgan was with the Irish U21 squad, although Cormac Raftery did well in his place.

“We’re still not where we need to be so we’re really going to have to get ourselves up to speed over the next two weeks but overall I’m delighted with the work out.”

With just under two weeks until the start of the SSE Airtricity League Premier Division, Dunne is expecting the intensity of training to be brought up a notch again.

“I don’t think we’re the finished article by any means,” Dunne said. “But we’ve got UCD next week and another two weeks of good training to go.

“We know it’s going to be difficult from the word go, in this division, you don’t get time to settle in from the kick off.

“We’re slowly getting there. Some of our passing and our play needs work, we’ve generally been focusing on fitness and trying to get players up to speed.

“Now we can start looking at how we’re going to play, movements and our patterns. That will be all worked on over the next couple of weeks.”

Dunne insists that some of his players will have to step up in the final weeks of pre-season.

“Come March 6th we’ll get a strong, fit and competitive team on the pitch for the Derry City match,” Dunne concluded.