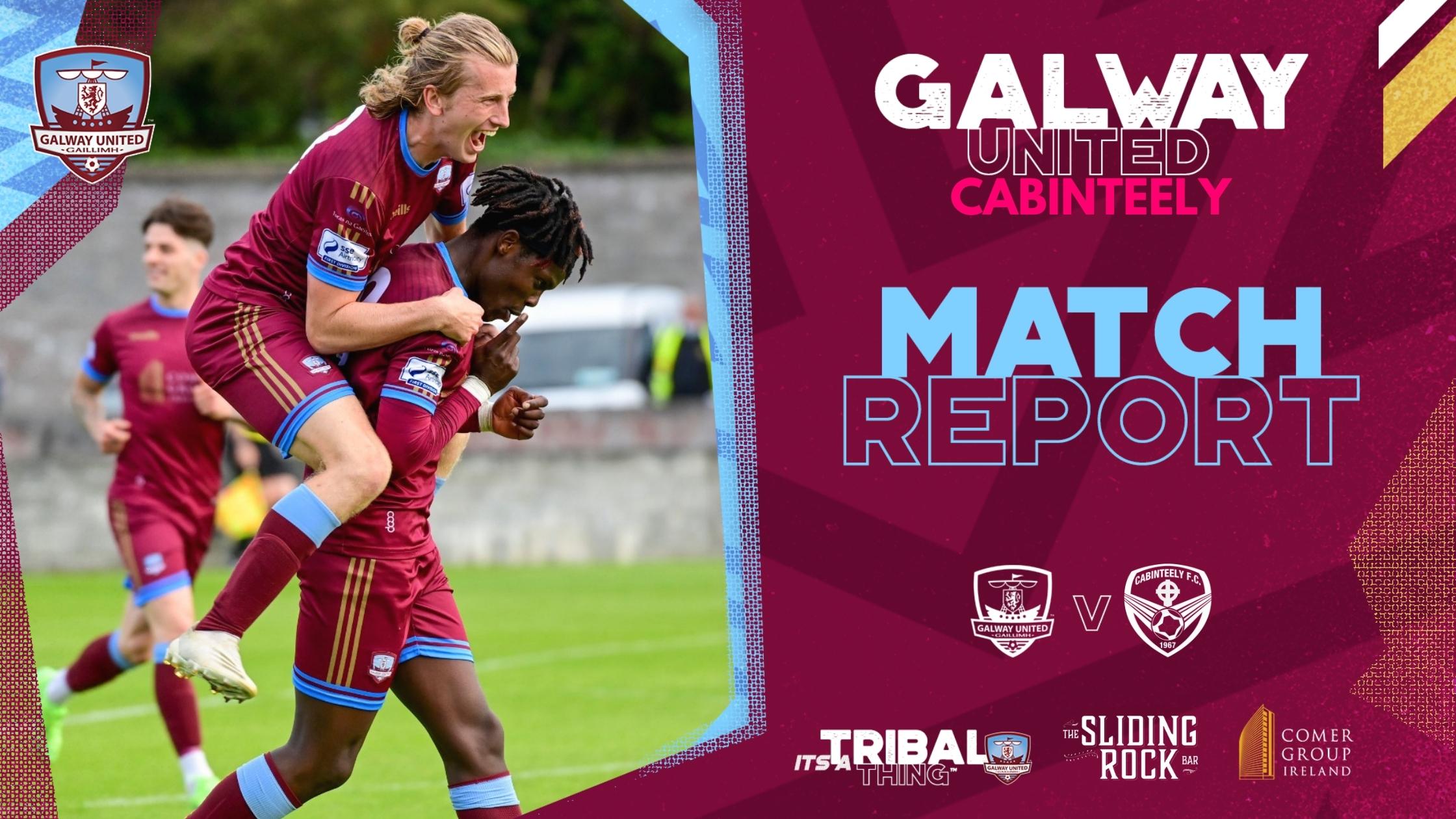 “We are happy with the two wins in a week and hopefully this can kick us on in bringing consistency to our results.” – John Caulfield, Manager

United started the game on the front foot as an early chance fell to Wilson Waweru but the striker’s attempt was blocked by the Cabinteely defence.

The Tribesmen continued the half with real intent and were passing the ball around confidently. The pressure intensified as John Caulfield’s side searched for an opening goal.

The first clear-cut chance came the way of Conor O’Keeffe in the 32nd minute. The ball fell to O’Keeffe in the area from a David Hurley corner kick but the defender was unable to keep his volleyed effort under the crossbar.

Alex Murphy once again looked assured at left back as Cabinteely struggled to threaten United’s backline throughout the match.

After a quick counter-attack, United found the net in the 37th minute. Mikey Place split the Cabinteely defence open with a superb pass to send Waweru in behind and the attacker finished with aplomb to put the home side in front.

A late first-half chance fell to Place as his headed attempt went narrowly wide of the post. It remained 1-0 at the break with United dominating proceedings and playing impressively in front of the 100 spectators at Eamonn Deacy Park.

Cabinteely made three changes at the start of the second period and created a couple of half-chances after the restart.

United continued to look dangerous in attack; Waweru almost doubled his goal tally but Halwax did well to stop the striker.

Shouts from the stands called for a penalty in the 59th minute as a Cabinteely player appeared to have handled the ball in the box but the referee waved play on.

United’s ongoing dominance nearly resulted in a second goal in the 73rd minute as substitute Padraic Cunningham, who looked lively since his introduction, struck a long-range strike just wide of Halwax’s post.

It was a very assured finish to the game by the home side with United holding firm in defence and preventing Cabinteely from gaining any chances before the final whistle.

The Tribesmen deservingly came out as victors in this evening’s fixture as Wilson Waweru bagged the winner in the first period.

“It was important that we kept our concentration, especially towards the end; we restricted Cabinteely to very little chances. We are happy with the two wins in a week and hopefully this can kick us on in bringing consistency to our results.

“Wilson got a great goal, it was a brilliant finish; he did well tonight. We need our strikers working hard and creating opportunities. Keeping the clean sheet was very pleasing too.

“This league is tight and it’s tough. Every game is difficult, we have another tough game coming up against Treaty next week.”

Our next First Division game is away to Treaty United on June 25th.