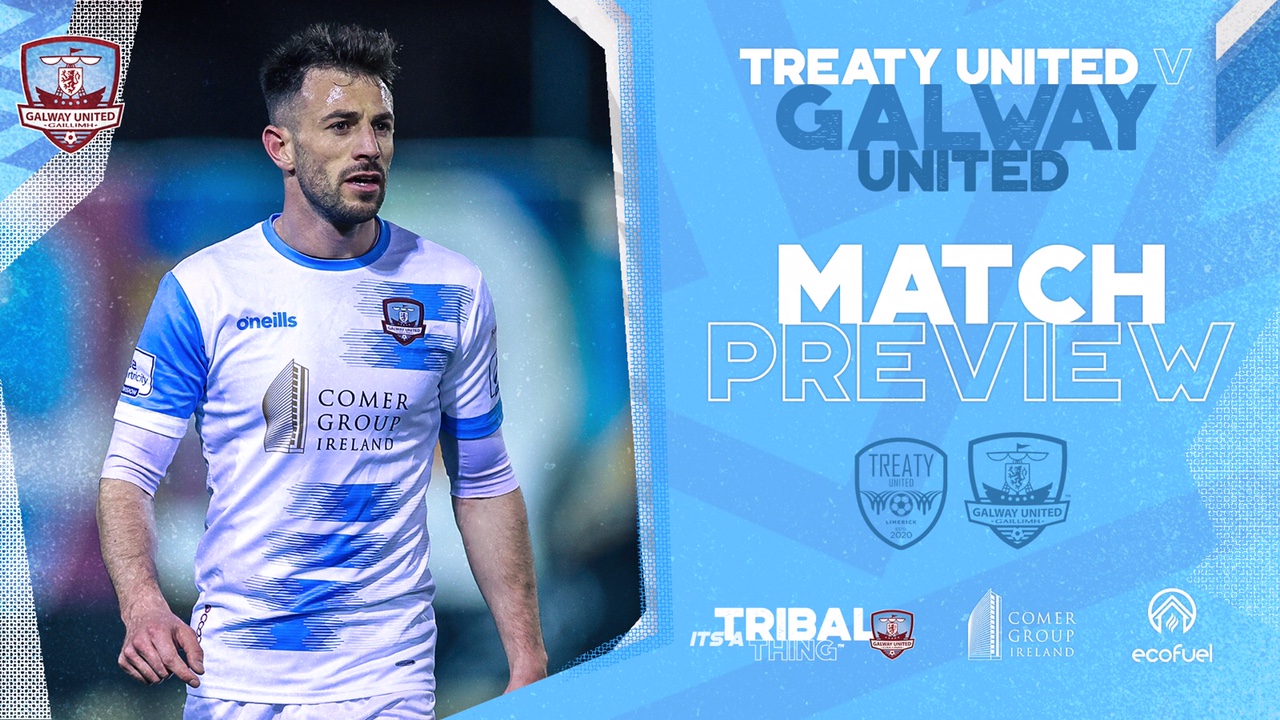 “We look much more like the team I believe we can be.” – John Caulfield, Manager

The Tribesmen will be aiming to continue their good run of form after defeating Cabinteely 1-0 at Eamonn Deacy Park last Friday thanks to a Wilson Waweru first half strike. It was United’s second victory in a row which has moved them into 4th position on the First Division table, level on points with 3rd place UCD.

Newly formed Limerick outfit Treaty United have been impressive since the start of the campaign, winning 6 out of their opening 12 games. Tommy Barrett’s side currently sit in 2nd place on the table, three points ahead of United, after defeating Cobh Ramblers at St Colman’s Park in their most recent fixture.

“We know how difficult this game will be against a tough, experienced side,” Caulfield told the club’s media team.

“I know a lot of their players really well. A number of them played for Galway United before. They are very strong from set-pieces and they don’t give away goals. This will be a huge test for us.

“It was a pleasing performance last week, we kept a clean sheet and we got a fantastic goal. Hopefully after two strong performances since the break, we can drive on now into a really tough fixture this week.

“We have done a lot of work since the break and thankfully in the last couple of weeks, the performances have been much more consistent. We look much more like the team I believe we can be. It is still only two games and the season has a long way to go.”

Stephen Walsh returns to the squad after a three-game suspension.

Carlton Ubaezuonu is back in training after a short-term injury and is available for this week’s game.