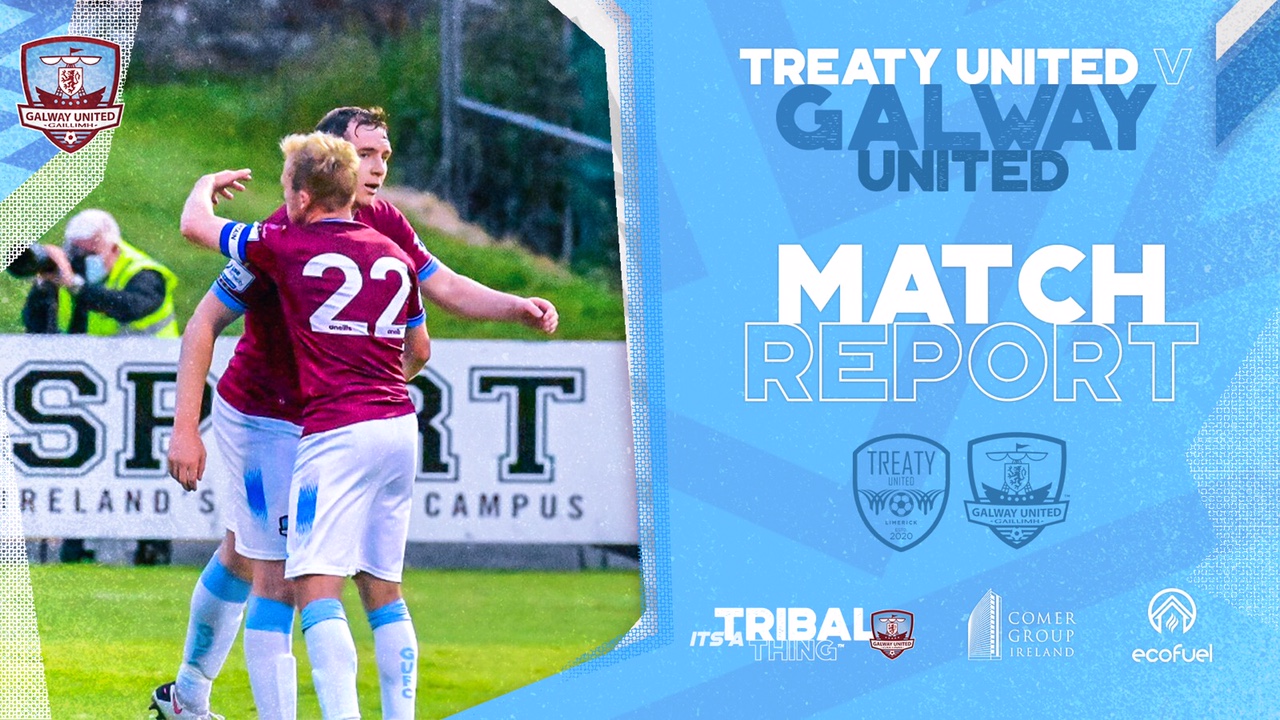 “It was a battle. Our lads kept their concentration and their discipline to get a very important victory.” – John Caulfield, Manager

The winning goal came via a deft header by Padraic Cunningham 2 minutes into the second half, the first shot on target of the match. Conor O’Keeffe swung in an inviting cross from the right-wing and Cunningham beat Treaty centre half Clyde O’Connell to glance the ball past sub keeper Shane Cusack who had replaced ex-United custodian Tadgh Ryan in the first half.

Indeed Cunningham himself was a first-half replacement for Wilson Waweru who took a knock to his back just before the half-time interval and had to be replaced. The two first half substitutions were about the most notable action in a pretty dour but physical first half, an early Stephen Walsh effort glancing off the outside of the Treaty post from a chipped ball through by Killian Brouder the nearest either side came in the first half.

John Caulfield elected to make just one change from the side that beat Cabinteely 1-0 last week with Stephen Walsh returning from suspension at left-back in place of teenager Alex Murphy. Given the physical nature of the contest, it proved to be a wise decision.

The win, the third in succession for United, lifted the team to joint second in the table with UCD, who are next week’s opponents in Belfield.

After the lead goal in the second half United just dug in and kept their shape very well, restricting Treaty to sporadic half chances, none of which managed to hit the target to test Conor Kearns in the United goal.

Frustration grew in the stands, for which home fans were allowed in to support Treaty United for the very first time, having only joined the League of Ireland this season.

Clyde O’Connell, a recruit from the strong Limerick Junior football scene, was booked on 54 minutes for going over the ball when challenging Conor McCormack, while full-back Charlie Fleming was booked about 10 minutes later for stopping David Hurley on a United counter-attack.

It was on the counter that United’s only chances after the goal came with both Hurley and Cunningham shooting wide from the edge of the area.

Two clean sheets in a row will be of great satisfaction to John Caulfield and with the formation and team selection looking far more settled than earlier in the season, there are clear signs that progress is being made, which is now being reflected in the league table.

“We know how good Treaty are, they are a tough side, so you have to earn the win when you come here.

“We had to stand up and be counted tonight. Podge got a brilliant goal and we kept another clean sheet which is our second in a week.

“It was a battle. Our lads kept their concentration and their discipline to get a very important victory. We were very happy to get the three points.

“We have given away very little chances in the last two weeks so we are happy with that also. It’s all about partnerships and togetherness; it does take a bit of time for teams to gel and get that understanding. We gave away a few soft goals at the start of the season but thankfully we have become a lot more solid.

“We are trying to bring a culture into the club that we can start winning matches and bring a consistency to our performances. We move onto another difficult game next week.”

Our next First Division game is away to UCD on July 2nd.