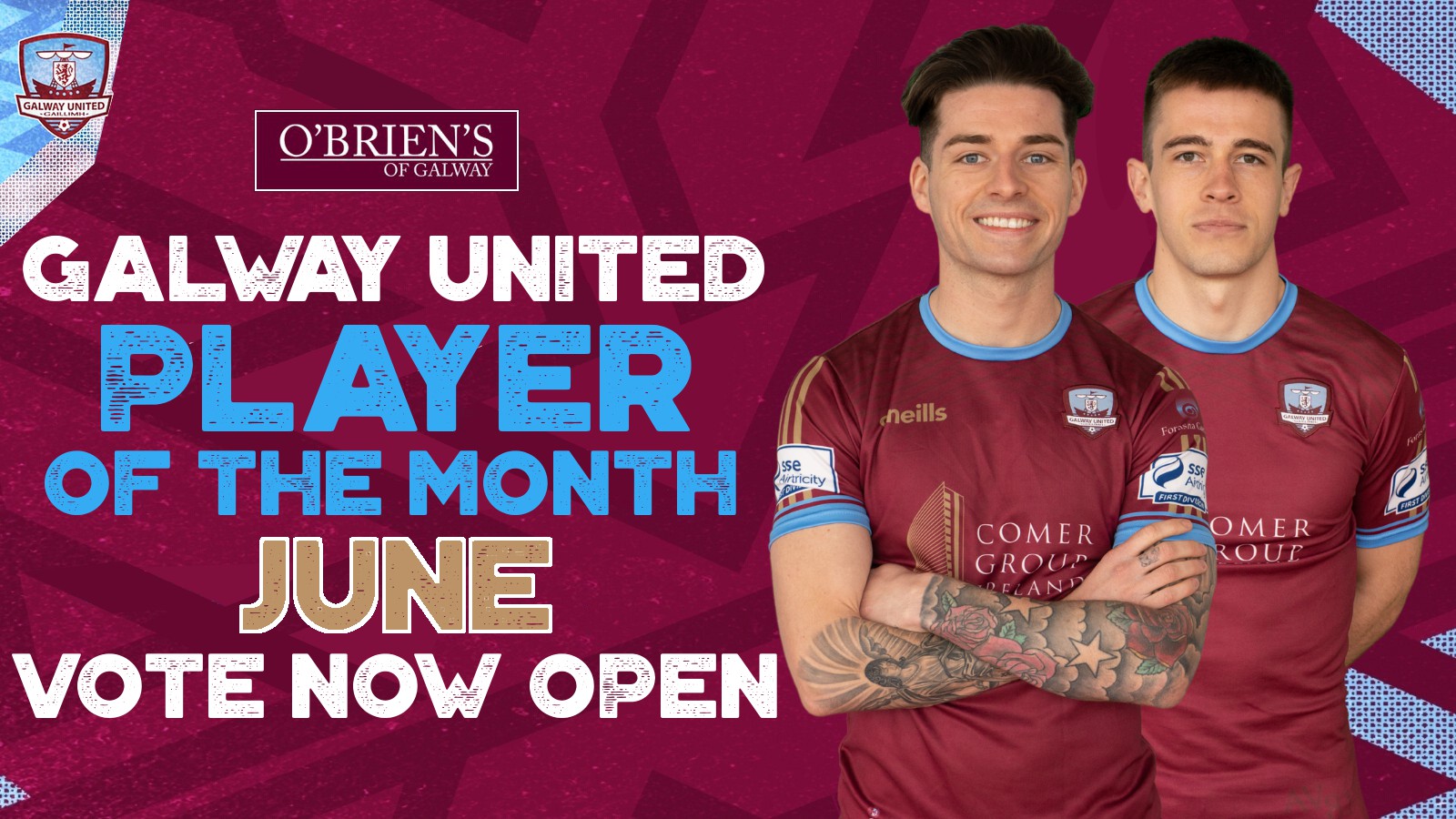 THIS POLL IS NOW CLOSED.

Supporters can now cast their vote for the O’Brien’s of Galway Galway United Player of the Month award for June.

Voting will close on Monday, July 5th and the result will be announced shortly afterwards.
The award will be presented to the winner at our next home league game against Athlone Town, on July 9th.