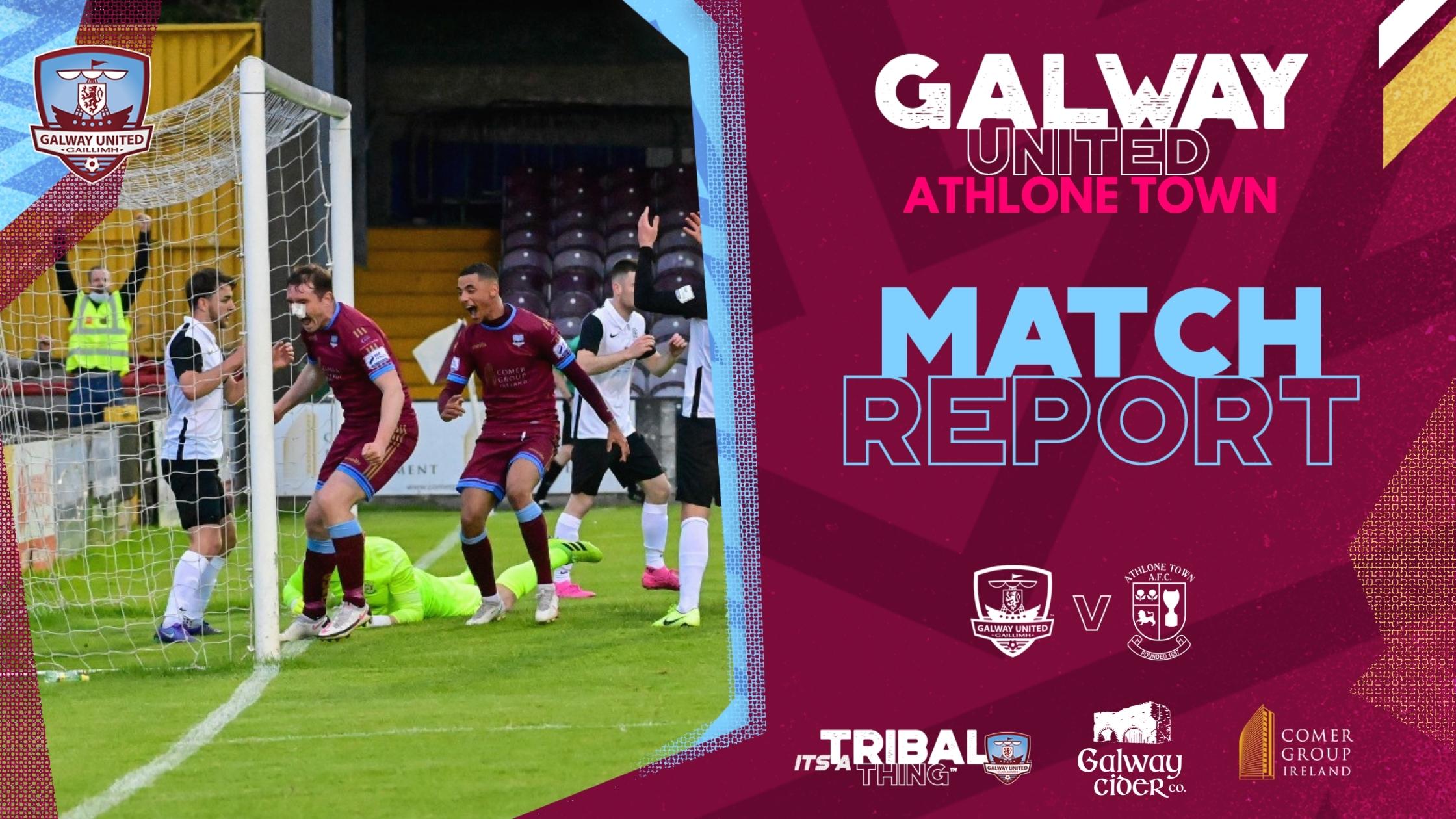 “You keep going and you keep working right until the very end, there are always going to be opportunities. It was nice to win at home, especially with the supporters there.” – John Caulfield, Manager

As fans were welcomed back to Eamonn Deacy Park for the first time this season, the 100 Galway United supporters were treated to a last-minute Padraic Cunningham winner.

Athlone Town’s Shane Barnes put the away side in front with a headed effort in the 24th minute but United resiliently fought back as the game progressed.

16-year-old debutant Alex Murphy looked solid at left back while the Tribesmen’s midfield maestro Conor McCormack was putting in a captain’s display.

After a triple substitution from John Caulfield at half-time, United came out with real intent for the second half.

Following a couple of half-chances from corners, United found the net in the 75th minute. Ruairi Keating was fouled in the area and the striker took the resulting penalty which he duly converted to level affairs.

The home side continued to press the Athlone backline towards the end of the game and found a winner in the 94th minute. McCormack’s in-swinging corner bundled around in the area which Cunningham got a touch on to earn United all three points right at the finish.

“It was brilliant to get the win, we were certainly on the front foot in the second half and we played very well.

“You keep going and you keep working right until the very end, there are always going to be opportunities. It was nice to win at home, especially with the supporters there.

“Alex Murphy came in and played really well, he is a smashing lad and a smashing footballer. I have no hesitation to put in any player if I believe they are good enough; it doesn’t matter what age they are. It was great for our academy and all the hard work being done there.

“The league is only starting now and we need to stay in the mix. We look after our own results and ourselves. We have to keep working hard and take it week by week.

“There is a long way to go, we get back into training tomorrow and get ready for another huge game next Friday.”

Our next First Division game is home to Cabinteely on June 18th.