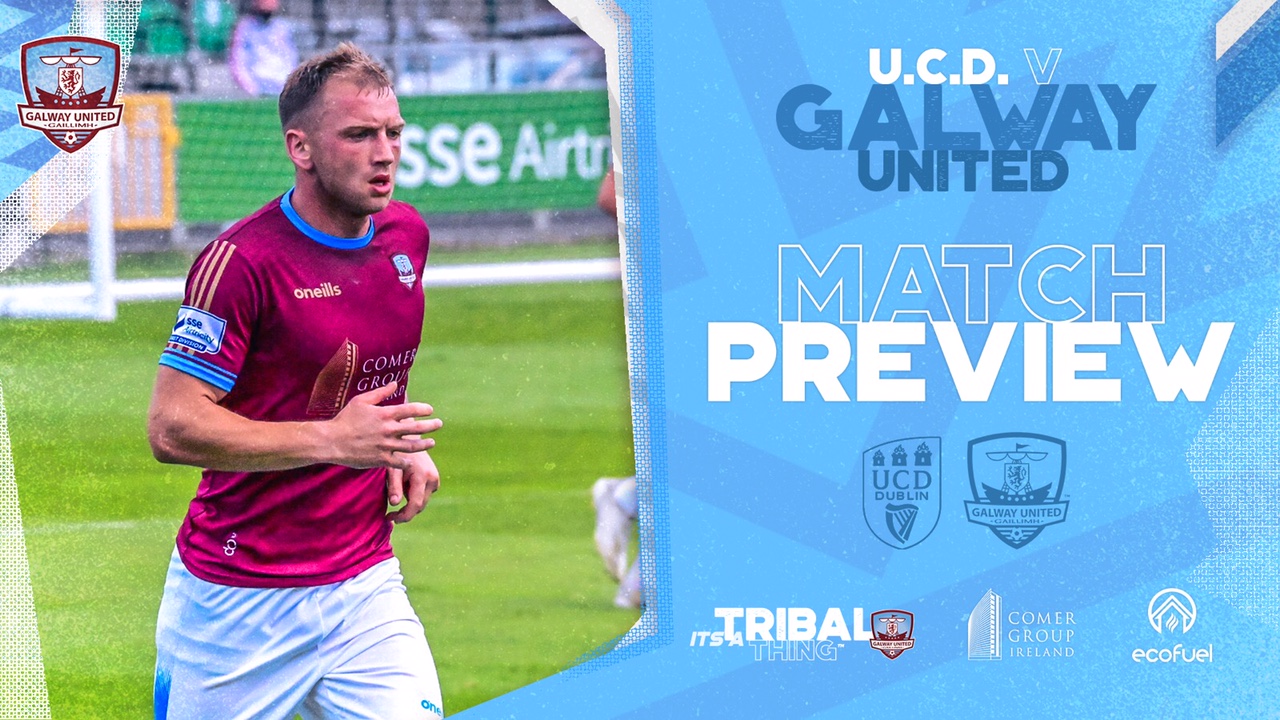 “The team has gelled a lot better in the last couple of games and we have looked much more solid which is good.” – John Caulfield, Manager

Galway United travel to the UCD Bowl on Friday to face UCD at 7.45pm.

United, who have won three games on the bounce, will go into this week’s fixture aiming to continue their good run of form against a strong UCD outfit. The Tribesmen defeated Treaty United 1-0 at the Markets Field last Friday thanks to a Padraic Cunningham header early on in the second half to earn the three points.

This week’s opposition, UCD, have been impressive throughout the campaign, in particular the league’s joint-top goalscorer Colm Whelan who has ten goals this season. The students overcame Cabinteely 2-1 at Stradbrook last week which leaves Andrew Myler’s side in second place on the First Division table, level on points with Treaty United and Galway United in third and fourth position.

United manager John Caulfield is keen for his team to build on their momentum at the UCD Bowl this Friday.

“UCD are another top team so we will have to be at our best to beat them,” Caulfield told the club’s media team.

“We have won three games in a row now as well as keeping two clean sheets. The team has gelled a lot better in the last couple of games and we have looked much more solid which is good.

“You need momentum. Winning games can become a habit, the same as losing games. The next game is the most important game, it is the game that matters.

“There is still a long way to go, this league can be ruthless so you have to take it game by game. All we can do is look after ourselves. When we go to UCD we will need to be on our best form to have any chance of getting a result.”