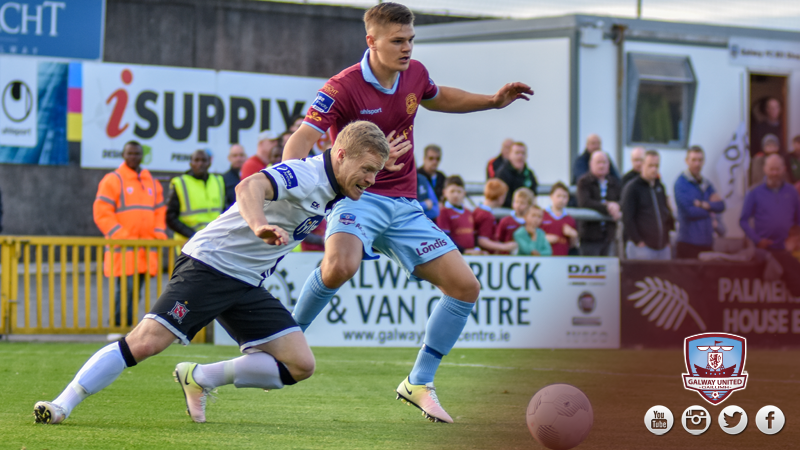 Vinny Faherty grabbed the only goal of a keenly contested encounter on the stroke of half time, against Dundalk FC at Eamonn Deacy Park, when he skilfully guided Stephen Walsh’s cross to the back of the net with a deft header.

The visitors Dundalk, fresh their Champions League heroics against BATE Borisov, had the lion’s share of possession, but they didn’t often trouble United net-minder Conor Winn.

Darren Meenan who returned to Dundalk’s starting eleven, warmed Conor Winn’s hands in the 5th minute with a free-kick which required a strong hand to parry.

Winn was called into action moments later when he pushed away Ciaran Kilduff’s header and the rebound was cleared by United’s rearguard.

In the 22nd minute, centre-half Armin Aganovic made a good connection with Ryan Connolly’s free-kick. The Swede headed the ball back across goal, where Vinny Faherty was lurking but Dundalk cut out the danger before Faherty could pounce. 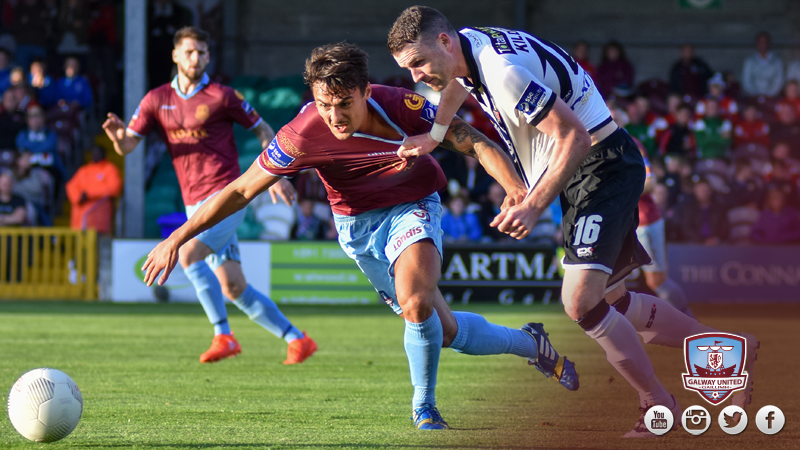 Galwegian Daryl Horgan stood over a free-kick for Dundalk, but fired straight down the middle and Conor Winn was well placed to gather with a routine save.

Patrick McEleney raided forward with purpose before trying to tee up Ciaran Kilduff, who would have had the simple task of applying the finishing touch to the Derry man’s cross, but Armin Aganovic anticipated the danger and swept in to head clear.

A clever Ryan Connolly free-kick unlocked Dundalk’s back line and Stephen Folan tried to guide the ball home with a precise finish, but clipped the ball over Gary Rogers upright.

On the stroke of half time, United grabbed what proved to be the winning goal at Eamonn Deacy Park. Colm Horgan teed up Paul Sinnott, who made a probing run from midfield. Dundalk goalkeeper Gary Rogers raced from his goal line to get a touch to the ball and it seemed that Dundalk had cleared the danger. However Chris Shields’ clearance only went as far as Stephen Walsh, who beat Darren Meenan at the byline before delivering a perfect ball to the near post, before United top scorer Vinny Faherty glanced the ball past Gary Rogers, into the far corner with an excellent header. 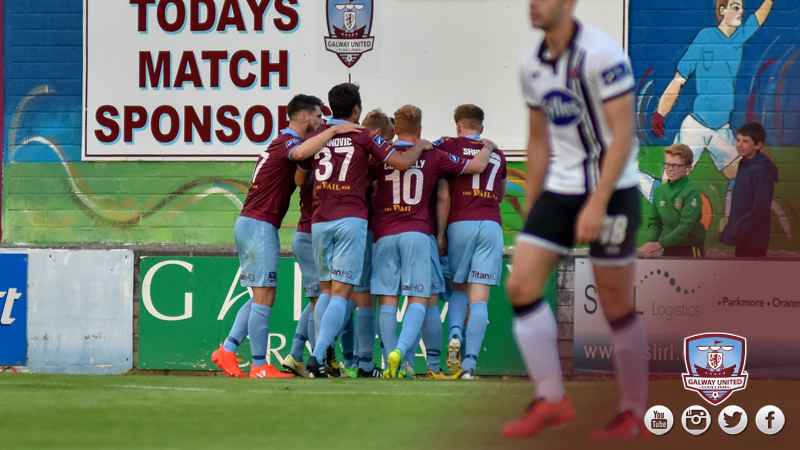 Dundalk frontman Ciaran Kilduff then turned Armin Aganovic before firing low, but Conor Winn was equal to his effort.

After the hour mark, Dundalk went within inches of restoring parity. Midfielder Robbie Benson unleashed a piledriver from outside the box that looked destined for the bottom corner, but the ball flashed narrowly wide of the post.

Dane Massey was alive to a loose ball at the edge of the box and the full-back drilled a low shot aimed at Conor Winn’s near post, but the 6’6 keeper’ was happy to push the ball out for a corner-kick.

In injury time, Ciaran Kilduff almost silenced the vast majority of the almost 2,600 crowd when he met John Mountney’s corner-kick with a ferocious header, but luckily for United, it cleared Conor Winn’s crossbar. 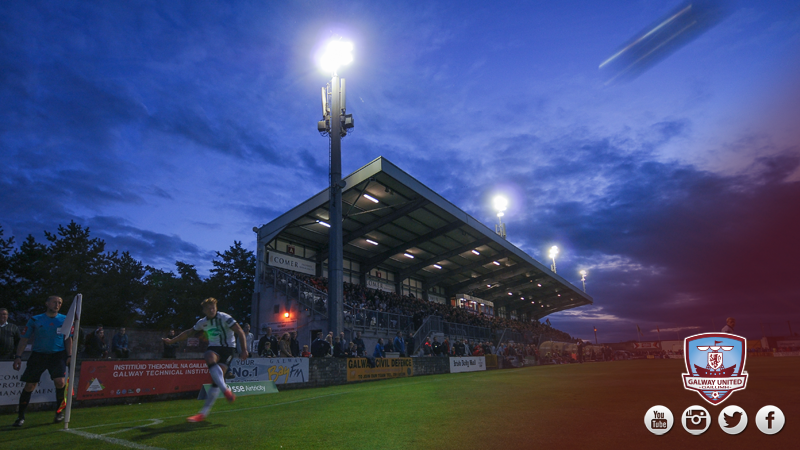 The visitors threw men forward in injury time in search of an equaliser but United remained resolute, winning their second home league game in-a-row with a hard fought victory against the Lilywhites.