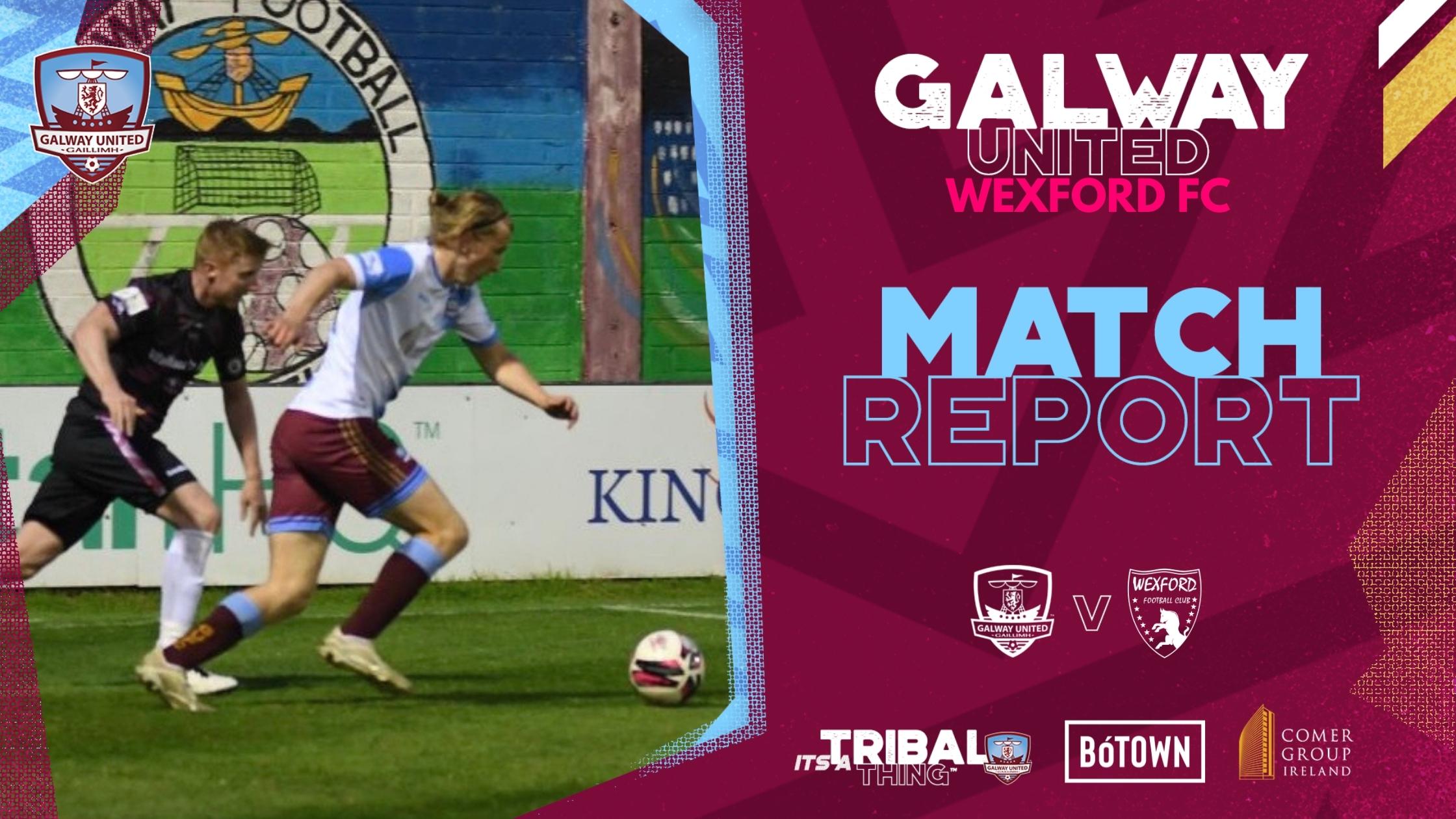 “We want Terryland to be a fortress and hopefully this can be a kick start for us.” – John Caulfield, Manager

Wexford got the game underway on an exquisite Eamonn Deacy Park surface.

It was an evenly contested opening ten minutes, with both sides settling into proceedings.

The first chance of the match came the way of United in the 15th minute. Padraic Cunningham got on the end of a looping ball in the area but his attempted header hit the post, with Jimmy Corcoran stranded. The resulting rebound fell to Gary Boylan but the defender was unable to hit the target from close range.

The Tribesmen started to control affairs, as they searched for the opening goal.

United hit the Wexford net in the 19th minute but it was adjudged to be offside by the officials. Ruairi Keating set up Cunningham in the penalty area which the striker clinically converted but the linesman’s flag was raised to rule out Cunningham’s goal.

Wexford fought back and were battling well, with Jack Doherty in particular looking dangerous for the away side when they counter-attacked. Wexford had a gilt-edged chance in the 32nd minute when the ball fell to the dangerous Doherty six yards out from Conor Kearns’ goal but the attacker was unable to get a clean connection on his volley to put Wexford in front.

United upped the tempo as the half went on. Further chances fell to Cunningham and Maurice Nugent in the 35th minute but both were unable to find the back of Corcoran’s net.

It was an end to end finish to the first period but neither side were able to break the deadlock before the interval. Stephen Walsh came the closest with a header in the 45th minute but Corcoran made an outstanding save onto the crossbar to keep it level at half-time.

The Tribesmen kicked off second-half proceedings.

It was a slow start to the second period as both sides were unable to produce any clear-cut opportunities early on.

United, who improved as the half went on, almost broke the deadlock in the 60th minute when Keating raced onto a high ball in the box but his volleyed effort sailed wide of the target.

As the clock ticked by, United began to commit bodies forward, eagerly hunting for a goal.

It looked probable that a draw was the most likely outcome but it was a last-minute masterpiece by substitute David Hurley that won the match for the Tribesmen in the 95th minute. McCormack lofted a pass out to Hurley on the left-wing and the midfielder skilfully took on the Wexford defender at the edge of the penalty area and finished superbly into the top corner to earn United all three points!

“I knew all week that this was going to be a very difficult match. Wexford battled very hard but we showed great character to win it late.

“These players will get better, we had chances tonight and probably deserved the victory. It was a great strike by David Hurley to win us the game. Like I always say, you need lads coming in making an impact off the bench and Dave came in and did that tonight.

“The most important thing is to get the three points and we are happy to get our first win of the season at home. We want Terryland to be a fortress and hopefully this can be a kick start for us.

“We go into an incredibly difficult game against Cork next week after a positive result tonight.”

Our next First Division game is away to Cork City on May 21st.